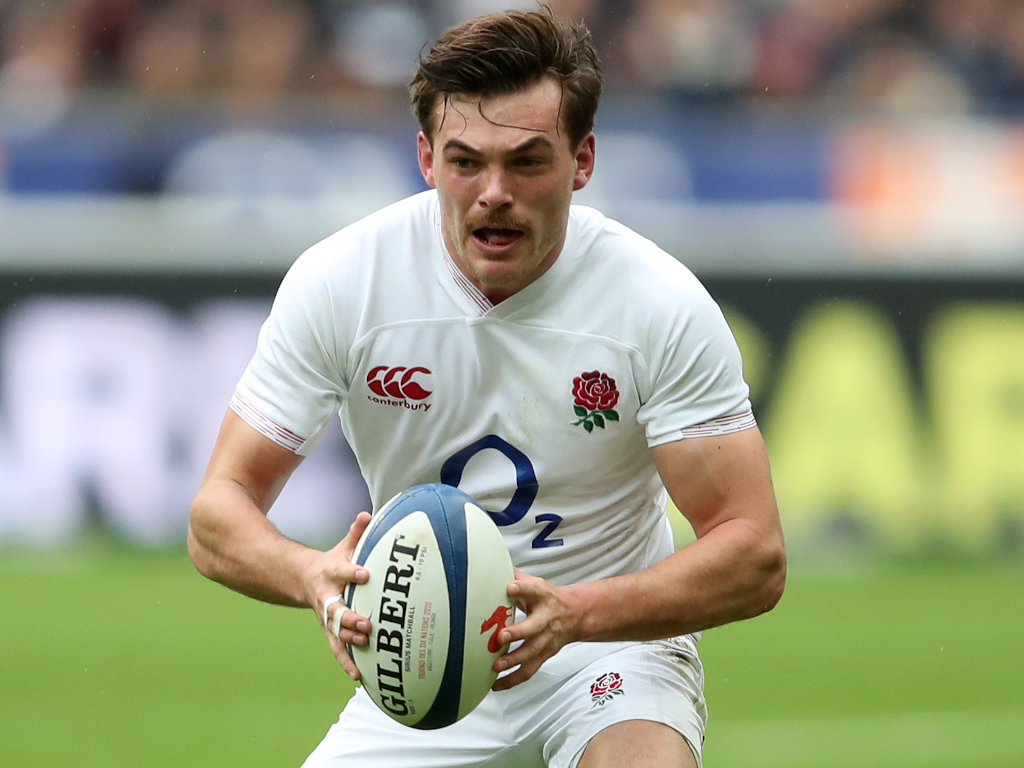 England full-back George Furbank has revealed he was shocked when he received his call-up to the international squad ahead of the Six Nations.

The Northampton Saints star, who was speaking in an interview with Sky Sports News, reflected on what has been a whirlwind time for him on the field.

Furbank, 23, made his Test debut against France in February but struggled to replicate his club form that had seem him receive widespread praise. However, he improved thereafter for England in the Six Nations and admits head coach Eddie Jones helped him bounce back from a difficult game in Paris.

“It was a massive shock to get a call-up and play,” he said of his England selection before delving into the differences between the club and Test scene.

“It’s a step up from club rugby. At Saints we like to chuck the ball around and take a few calculated risks whereas international rugby is a lot more tactical with the kicking game. There is the mental side as well and that ability to shut out outside noise and be able to focus on the game.”

Furbank added that Jones had advised him after that Round One defeat in France to continue to work hard and he revealed that helped him grow in confidence.

“He was really good to me after that game,” he said.

The lifts to training. The early starts to watch him play. The dirty kit and the muddy boots. The ups and the downs. @GeorgeFurbank's parents have supported him from his early days at @huntingdonrugby to now 🙌

“He spoke to me about how he thinks I can play better in the future and to concentrate on doing the basics really well because there will be games where you go on a run and everyone will be singing your praises so just keep doing the basics well and it will stand you in good stead.”

Jones has since signed a new contract that will see him continue as England head coach until after the Rugby World Cup in 2023, something Furbank is pleased about.

“It’s a nice decision to hear for all the boys and rugby in general. He’s done a really good job and it’s exciting times. We can now build for the next few years and then the World Cup.”