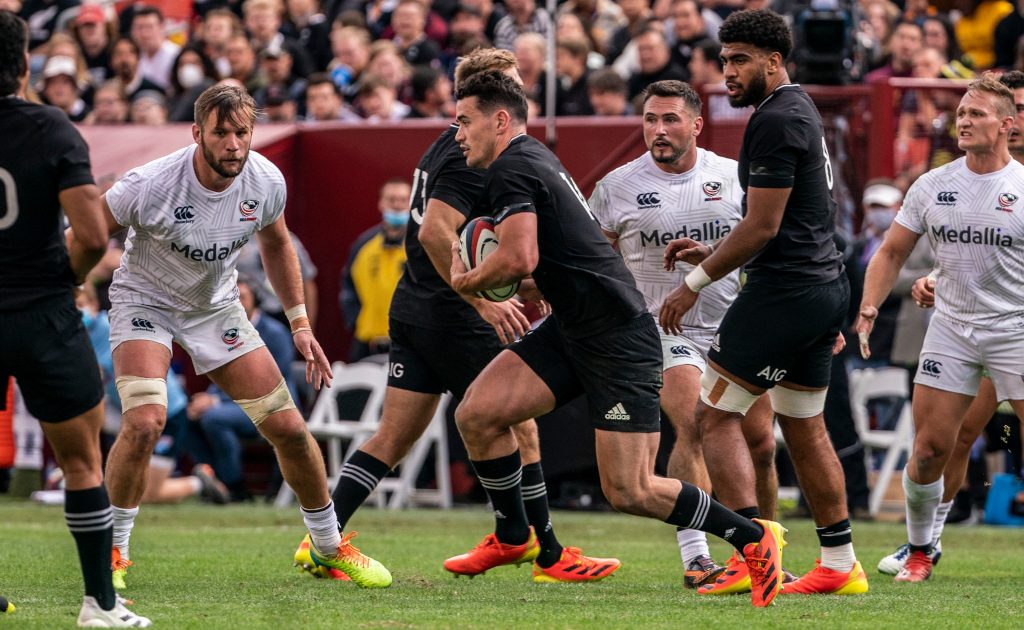 All Blacks head coach Ian Foster insists that they took plenty out of their game against the USA, despite the one-sided scoreline.

New Zealand thrashed the Eagles 104-14 on Saturday to get their northern hemisphere tour up and running.

Their task will obviously get much tougher from here with them set to face Six Nations champions Wales next weekend.

Although some might say the three-time world champions won’t have learned anything from their encounter in Washington DC, Foster does not agree.

“It’s immense use to us,” he said. “This game was vital in terms of a number of players who hadn’t played for 3-4 weeks, it was a great chance for a really good hitout, and to do it in a special stadium and on a special occasion is pretty valuable.

“We go to Wales next week, we’ve had a bit of contact under our belt, we’re really delighted with some of the skill stuff we were able to put on the park and it gives us a good launching pad for what is going to be a big month.”

Foster also saw an improvement in certain aspects of their play as they ripped through the US defence with regularity.

“Our handling, the quality of our passing, and some of our support-line work went up a step from the Rugby Championship,” he said.

“I wouldn’t underestimate the importance of being able to give a number of new players – in the pack six out of eight had played less than 10 tests – a feel of what it’s like be an All Black in different situations. And there are going to be plenty of different situations coming up the next four weeks.

“As selectors we went into this game looking at three or four positions specifically… I’m not going to say [what they were]. I was really pleased with the performance of the team overall, but there were some players who showed they want to play and that was exciting for us.”

With the US, who were minus several key players due to the match falling outside the international window, suffering a drubbing, some have questioned how much they get from a match like that.

Not Foster, however, who believes that Gary Gold’s men can learn plenty moving forward.

“They were a little shell-shocked in the first five minutes, and it took them a while to actually figure out they could play against us,” he added. “I thought in that third quarter they showed a lot more what they can do … it’s a real growth point for them. I know they’ll be disappointed, but if they use that well it could be a launch pad for things to come.”