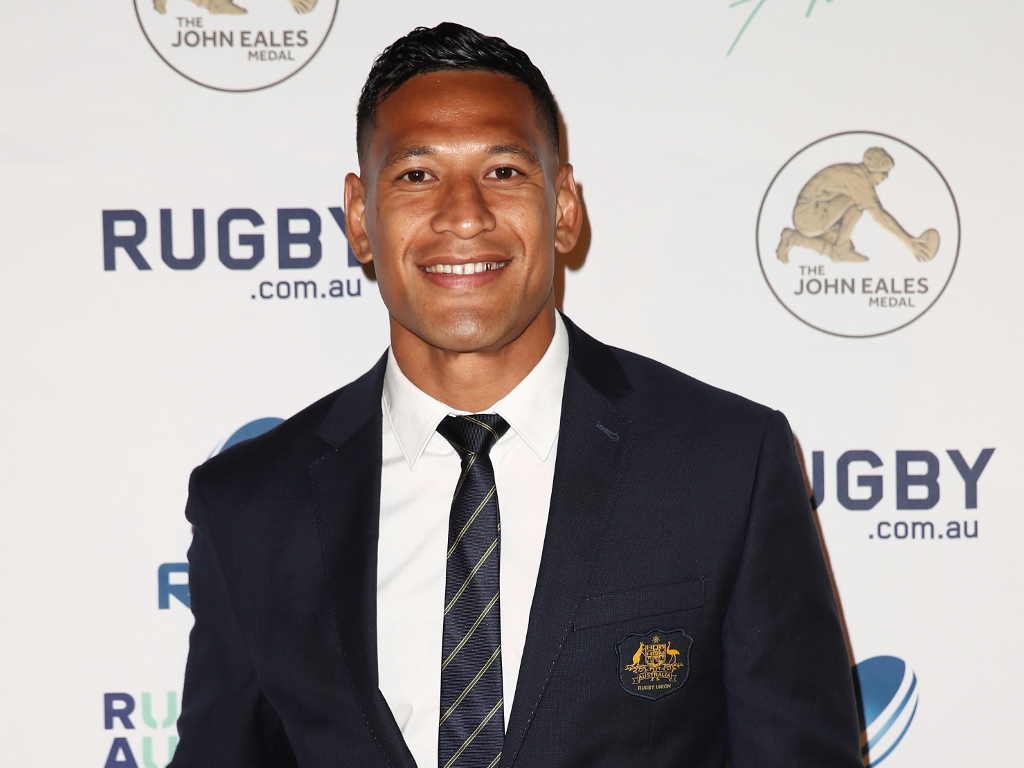 Israel Folau’s rugby career is all but over with his contract officially terminated on Friday over a string of controversial social media posts.

A three-person independent panel of John West QC, Kate Eastman and John Boultbee deemed last week that Folau was guilty of a high-level Code of Conduct breach and on Friday it was confirmed that his four-year, multi-million dollar contract would be torn up.

Folau has 72 hours to appeal the decision, which would either trigger a second Code of Conduct hearing with the same evidence but a new panel, or he could push to take the fight to the Supreme Court.

Rugby Australia CEO Raelene Castle said while they accepted the termination decision, this was a “painful situation” for the game.

“While Rugby Australia accepts the panel’s decision directing termination of Israel Folau’s playing contract for his high-level breach of the Code of Conduct, we want to stress that this outcome is a painful situation for the game,” she said.

“Rugby Australia did not choose to be in this situation, but Rugby Australia’s position remains that Israel, through his actions, left us with no choice but to pursue this course of action.

“This has been an extremely challenging period for Rugby and this issue has created an unwanted distraction in an important year for the sport and for the Wallabies team.

“But our clear message to all Rugby fans today is that we need to stand by our values and the qualities of inclusion, passion, integrity, discipline, respect and teamwork.”

Folau was re-signed to a four-year deal late last year, with no formal social media clause added to his contract even after a similar controversy last year.

Castle said while it was easy to regret the past with the benefit of hindsight, the verdict handed down on Friday showed that the Code of Conduct proved to be enough of a benchmark to determine what is appropriate and what is not.

“I think these are difficult matters and the reality of it is it’s really easy when you’ve got a crystal ball and you look backwards with all the benefit of hindsight,” she said.

“We were confident with the process we’ve put in place to start off with, we knew the Code of Conduct sets out calmly and firmly, the expectations for our players, professional players, but also as employees of Rugby Australia and that’s proven to be true in the outcomes.” 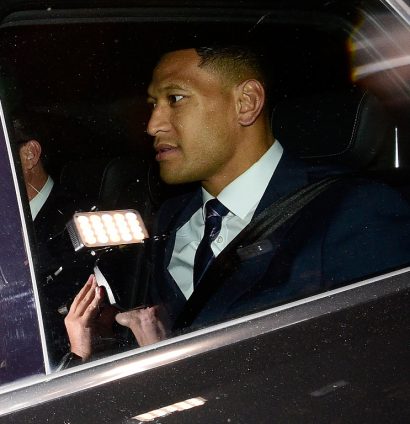 Castle dismissed the notion that the inclusion of a specific clause would have changed the length of the process.

“We have a collective bargaining agreement that is signed off by the Players’ Association and any alteration to that contract would need to be approved by both RUPA and the player, so we can’t just insert clauses whenever we feel like it,” she said.

“Even if we had a clause, who knows where this could’ve gone?”

While it’s a process that has seemed to the public to drag on, Castle said they and the panel wanted to ensure the “landmark” decision was made in the most thorough way possible.

“This is a decision that will change the landscape for sport across Australia and perhaps internationally,” she said.

“The tribunal were the best possible experts in this field that we could bring together, put together, and they have spent a lot of time to ensure that they get this right because it will be landmark and it is important and it’s a big decision.

“He is a very important player in our game, he has been for a long period of time and we wanted to make sure we took the time to get it right.”

That Folau’s sanction has come from a religious post has been a major point of contention in the public debate, particularly given many of his team-mates are also devout Christians.

Castle said she had spoken to other players in the past day to reiterate that Rugby Australia was supportive of a diverse range of beliefs as long as all were expressed with respect.

“I’ve communicated directly with the players to make it clear that Rugby Australia fully supports their right to their own beliefs and nothing that has happened changes that,” she said.

Folau’s team were believed to have argued that his post was simply quoting the Bible and thus was not coming from a hateful place but Castle said there was a clear line when it came to being respectful or not.

“We have many players that quote the Bible regularly on their social media platforms, as Mr Folau did for the first nine months of his new contract,” she said.

“We had a prayer circle on the ground between our players after the game last weekend and Rugby Australia and the Waratahs are completely supportive of that and that’s an expression of their religious views in a respectful way.”

Castle said she was entirely confident that Folau’s punishment would not be hugely divisive among the Wallabies and Waratahs leading into September’s Rugby World Cup.

“I’m confident because those players understand that everyone has a right to their own views and their religious beliefs and as long as they continue to express them in a respectful way, we will continue to support them,” she said.

“I have absolute confidence that Michael Cheika’s going to build a Wallaby team that will be incredibly competitive at the Rugby World Cup.”

Before Friday’s verdict was handed down, reports surfaced of a Rugby Australia settlement being rejected by Folau but Castle said those discussions never reached any serious level.

“I think in any of these situations, the lawyers have sensible and pragmatic conversations to see if they can find a way whereby you don’t end up in this situation,” she said.

“As you would with any high-profile contract or any high-profile employee that was in this situation, the lawyers would have a sensible and pragmatic conversation but they never advanced to a stage whereby they could be brought to Rugby Australia for consideration.”

Castle urged Folau to consider the ongoing costs of a Supreme Court battle when mulling whether to appeal the decision.

Already, Wallabies coach Michael Cheika had said it would be difficult to select Folau in the Test team.

It has been more than a month since Folau took to Instagram with a post saying “hell awaits drunks, homosexuals, adulterers, liars, fornicators, thieves, atheists and idolators”.

Rugby Australia and the Waratahs attempted to contact Folau in the wake of that post but he failed to respond and the organisations made the shock decision to pursue his termination in the days after that post.

The drama comes almost exactly a year after Folau first created a social media storm with a homophobic Instagram comment.

That time around, Castle and Hore met with Folau to discuss the respectful use of social media and opted against any formal punishment.

Folau went on to sign a new four-year multi-million dollar deal, which Castle has confirmed did not contain a formal clause about his social media use.

A year on, and the consequences for Folau could not be more different.