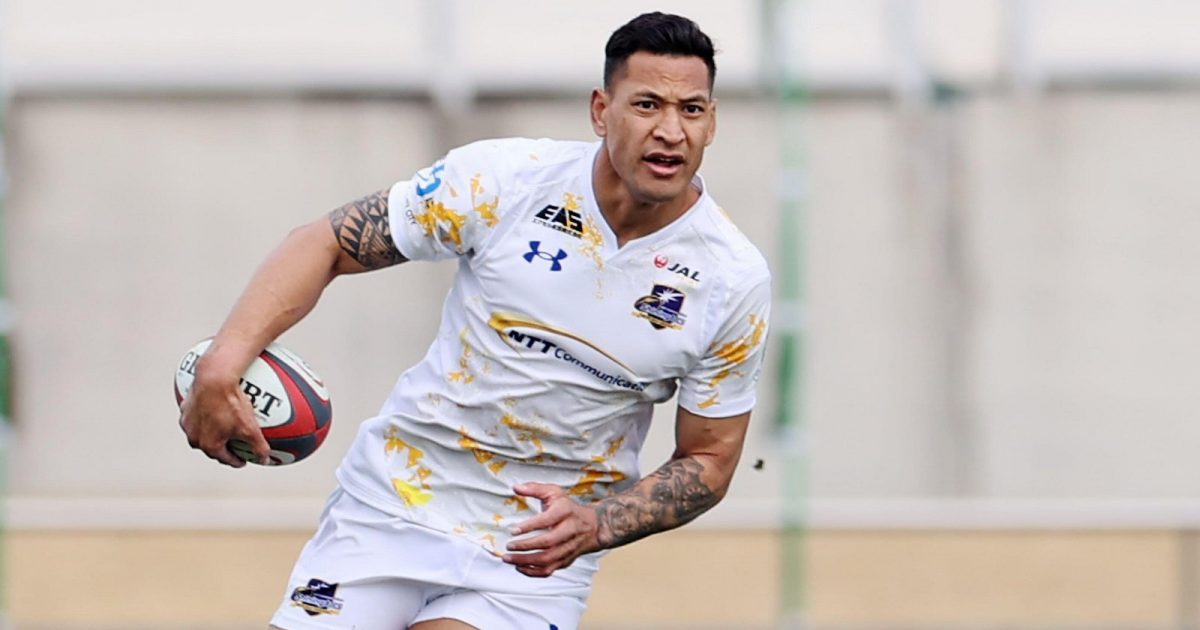 Controversial cross-code star Israel Folau will return to Test rugby when he starts in Tonga’s side for Saturday’s Pacific Nations Cup encounter against Fiji in Suva.

That was the word from Tonga head coach Toutai Kefu, who said Folau has acted professionally and added value since joining his new surroundings.

The 33-year-old was exiled for a homophobic social media post in 2019, spelling the end of his Wallabies career, but will now return, making use of World Rugby’s eligibility rules change.

Folau, who is currently plying his trade with Tokyo-based club Shining Arcs in Japan’s Top League, is not the only notable name in the Tongan squad with ex-All Blacks Charles Piutau, Malakai Fekitoa and Augustine Pulu also named in the group.

Kefu is delighted to have Folau in his squad and expects him to do well upon his return to international rugby.

“He’s fitted into the group seamlessly, he’s just one of the boys,” Kefu told the Sydney Morning Herald. “He’s a mature young man who goes about his business.”

Folau has stayed out of the limelight while in Fiji, but there is a documentary crew with Tonga’s squad for a short period as they go about there preparations for the Pacific Nations Cup.

Kefu revealed that there will be no restrictions on on Folau’s public statements as he wants his players to make their own decisions.

“No one’s really talked about [the past], he’s just looking forward and trying to be himself and fit in, which he’s doing seamlessly,” he said. “The boys love him and, no matter who you are, this mob will bring you down to earth very quickly. There’s a lot of banter and laughter and that just builds our connection.”

Tonga take on Fiji, Samoa and Australia A in the Pacific Nations Cup in Fiji during the next three weeks, before they face either Hong Kong or Korea in a Rugby World Cup 2023 qualifier on Australia’s Sunshine Coast at the end of July.

Kefu said the World Rugby’s eligibility change – which gives players permission to change their allegiance after a three-year stand-down period – had allowed Tonga to use a different breed of players.

“The shape of the boys that have come in is completely different to the shape of the boys in the past,” he explained. “It goes to show we have a different class of player now, they’re much more professional. That’s no disrespect to the boys who’ve worn the red (jersey) before us, but these guys are proper athletes.”

READ MORE: James Slipper: Wallabies need to ‘roll up the sleeves’ in the set-piece against England