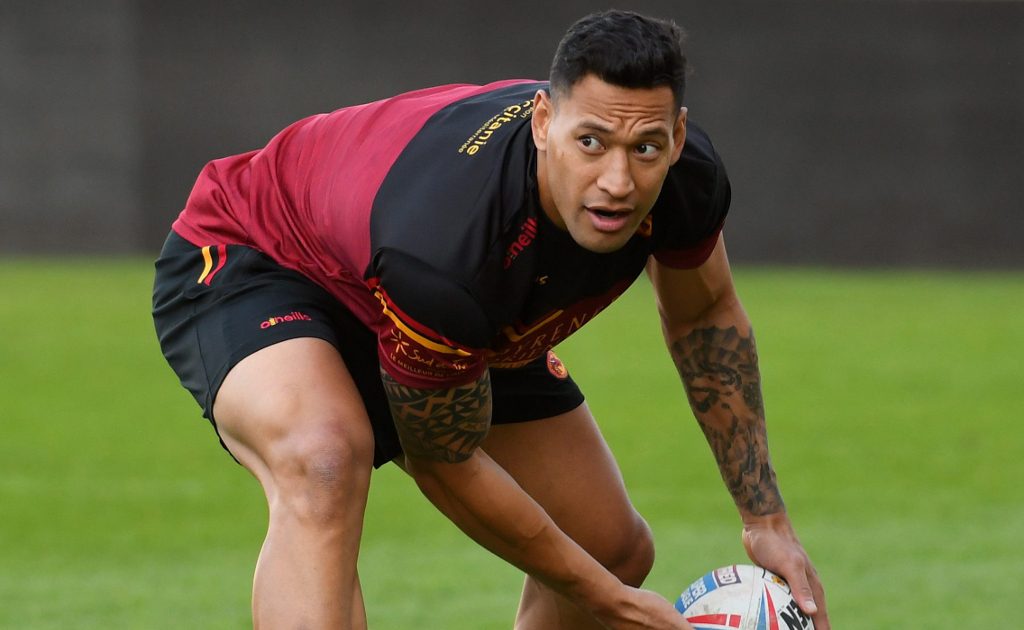 Former Wallaby Israel Folau has been named in Tonga’s squad ahead of the Pacific Nations Cup and Rugby World Cup qualifying.

The full-back was exiled for a homophobic social media post in 2019, spelling the end of his Australian career, but will now return, making use of World Rugby’s eligibility rules change.

Folau is not the only notable name in the Tongan squad with former All Blacks Charles Piutau, Malakai Fekitoa and Augustine Pulu also named in the group.

Tonga coach Toutai Kefu is delighted with the addition of Folau to the national squad and believes he can offer a lot.

“He’s going to bring a lot of experience to the table,” he told ABC Radio Australia.

“His presence is going to be one of the most exciting factors we’re looking forward to.”

Kefu revealed that Folau has been hoping to represent Tonga for an extended period even dating back to a couple years ago and looked at using sevens to help him qualify until the law was changed recently.

“It would have been at least a couple of years ago that we started having conversations about him possibly representing Ikale Tahi,” he said.

“It was quite informal back then – it was just an informal chat – and then, as his three-year stand-down approached, when that was going to finish there was a possibility of him playing Sevens to qualify for us and he was open to that.

“But then, fortunately, they changed that rule in November and he didn‘t need to go through that route anymore. All he had to do was stand those three years down and he would qualify straight away.”