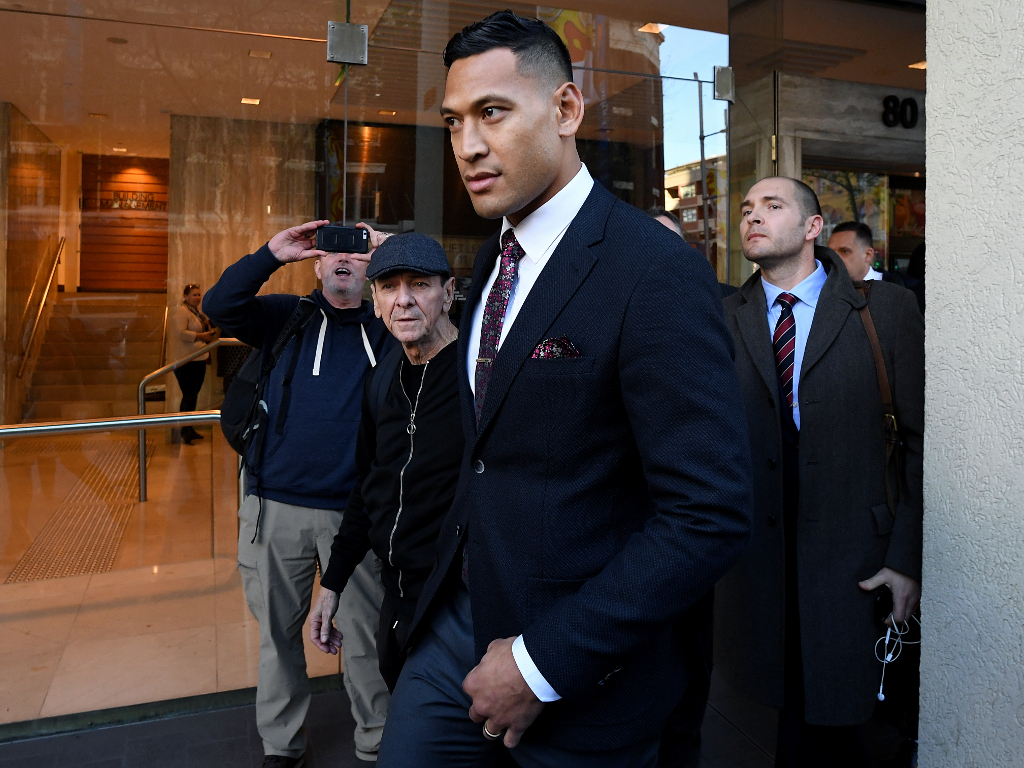 Israel Folau and Rugby Australia could face a February 2020 trial if they fail to resolve an unfair dismissal case brought by the former Wallaby.

According to an AAP report, Folau’s lawyer, Stuart Wood QC, faced the Federal Circuit Court in Melbourne on Tuesday for a directions hearing, during which Chief Judge Will Alstergren encouraged the parties to settle their dispute through mediation on December 13.

If mediation fails, Folau will fight Rugby Australia and the New South Wales Waratahs at a trial which could last for three to five days from February 4 next year.

Folau, who is a staunch Christian, wants an apology, AUS$10m in damages and his contract reinstated by his former employers, Rugby Australia. He claims his contract was terminated on religious grounds after he posted on Instagram in April that gay people and others going to hell unless they repented.

Folau was not present at Tuesday’s hearing, which was also live-streamed to Sydney. Rugby Australia’s lawyers said they may apply for the case to be heard by the Federal Court of Australia instead of the Federal Circuit Court, and may also apply to have the case transferred to Sydney.

This isn't going away anytime soon…https://t.co/XhLktAZLtW

Wood was critical of that move, saying Rugby Australia were trying to delay proceedings and that he wanted Judge Alstergren to be aware of “what’s going on in the background”.

If mediation between the two parties is unsuccessful, they will return to court on December 17 for a directions hearing ahead of the trial.

Folau has re-activated his Twitter and Instagram accounts after he shut them down a day before Tuesday’s hearing.

More than 20,000 people have donated about AUS$2.2 million to an Australian Christian Lobby fund set up to contribute to Folau’s legal fight, replacing a GoFundMe fundraiser that was closed for breaching the platform’s service guidelines.