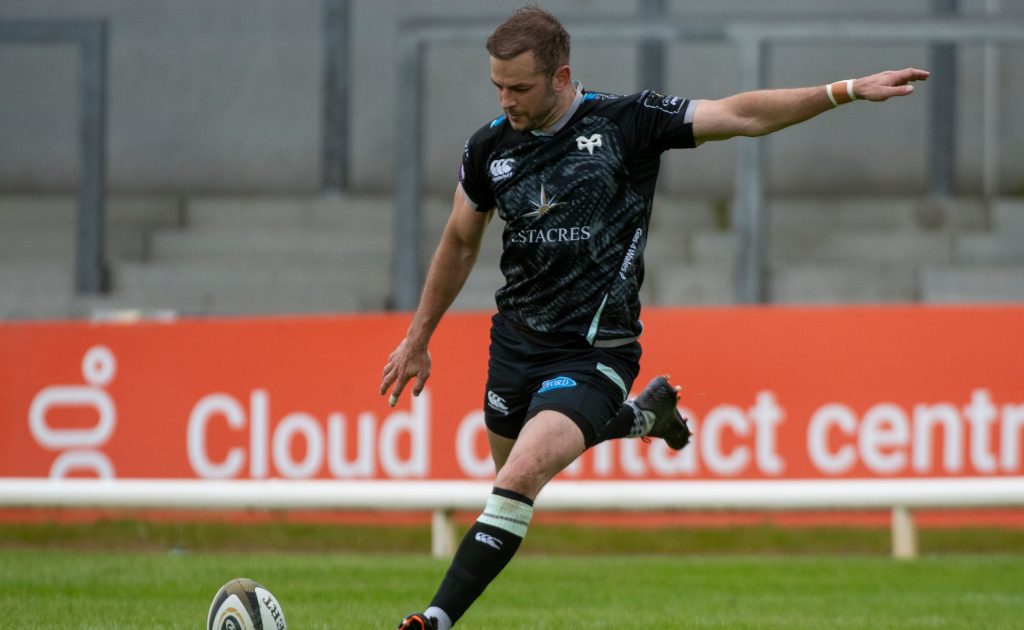 Leinster remain the only undefeated side left in the inaugural United Rugby Championship season after Munster succumbed to Ospreys 18-10 on Saturday.

It was a tight and tense affair, with the visitors controlling much of the play in the first half, but the Welsh region took their chances.

Stephen Myler kicked three penalties as the hosts went into the interval 9-3 ahead – Jack Crowley responding for Munster – and Myler added a fourth early in the second period.

Craig Casey’s try did reduce the arrears but ill-discipline continued to be an issue for the Irishmen and Myler took his side to an impressive win.

Munster held the upper hand for much of the first half but the Ospreys defence forced the Irish province into a number of errors with young openside flanker Jac Morgan their standout player.

Morgan’s charge towards the Munster try line forced the visitors to cynically kill the ball at the breakdown which resulted in Myler kicking the hosts into the lead.

The Ospreys scrum began to gain the upper hand with discarded Wales prop Nicky Smith impressing as he successfully shoved the Munster pack backwards at the set-piece. One such effort resulted in an Ospreys penalty which allowed Myler to kick the hosts into a 9-3 lead at half-time from 45 metres out.

Munster made a sloppy start to the second half, conceding a penalty for a high tackle and spilling the ball twice within the first five minutes. And they conceded another penalty at the scrum which allowed Myler to make it a two-score game with another successful kick from 45 metres out.

The Ospreys had the bit between their teeth and were pushing for their first try but Ireland loose-forward Tadhg Beirne denied them with an excellent turnover.

And Munster hit back with a powerful driving lineout, which included 13 of their players, with scrum-half Craig Casey claiming the try. Crowley added the extras to make it a two-point game.

Munster introduced the likes of Damian de Allende and Conor Murray to proceedings, but the Ospreys pack refused to lie down with Myler kicking a further two penalties to seal the victory for the hosts.

Connacht emphatically ended Ulster’s four-match winning run in the United Rugby Championship with a 36-11 bonus-point victory at the Aviva Stadium.

Andy Friend’s side brought this derby fixture to Dublin to draw a bigger crowd and they had the backing of the vast majority of the 9,875 attendance.

Niall Murray’s first ever try for Connacht, coupled with Mack Hansen’s third of the season, had them 17-6 ahead at half-time.

They landed the knockout blows when John Porch and academy youngster Diarmuid Kilgallen dived over after 61 and 64 minutes respectively.

The Dragons failed to make the most of a fast start and a red card for Cardiff centre Rey Lee-Lo as they were beaten 31-29 by their Welsh rivals in the United Rugby Championship.

In an entertaining encounter, Dai Young’s hosts lost Lee-Lo in the second half but still came out on top, with home tries coming from Lloyd Williams, Hallam Amos and a penalty score.

The Dragons were dangerous in the first quarter but could not maintain that pressure despite scoring through Taylor Davies, Mesake Doge, Rio Dyer and Joe Maksymiw.

There was consolation for Dragons director of rugby Dean Ryan as late efforts from Dyer and Maksymiw ensured two losing bonus points, but it could have been more.

Edinburgh too good for Zebre

Edinburgh pulled clear in the second half to earn a hard-fought 27-10 bonus-point victory over Zebre Parma in the United Rugby Championship.

Having fallen behind to a Pierre Bruno try in Italy, the visitors led 8-7 at half-time thanks to a Jack Blain touchdown, before Stuart McInally, Boan Venter and Ben Vellacott added their names to the scoresheet after the break.

The result moves Edinburgh, who also benefited from seven points from the boot of Blair Kinghorn, to the top of the Scottish/Italian Shield ahead of the international break, sitting three points ahead of Glasgow after five rounds.

Zebre, meanwhile, remain without a victory since February and are rock bottom of the overall URC standings.