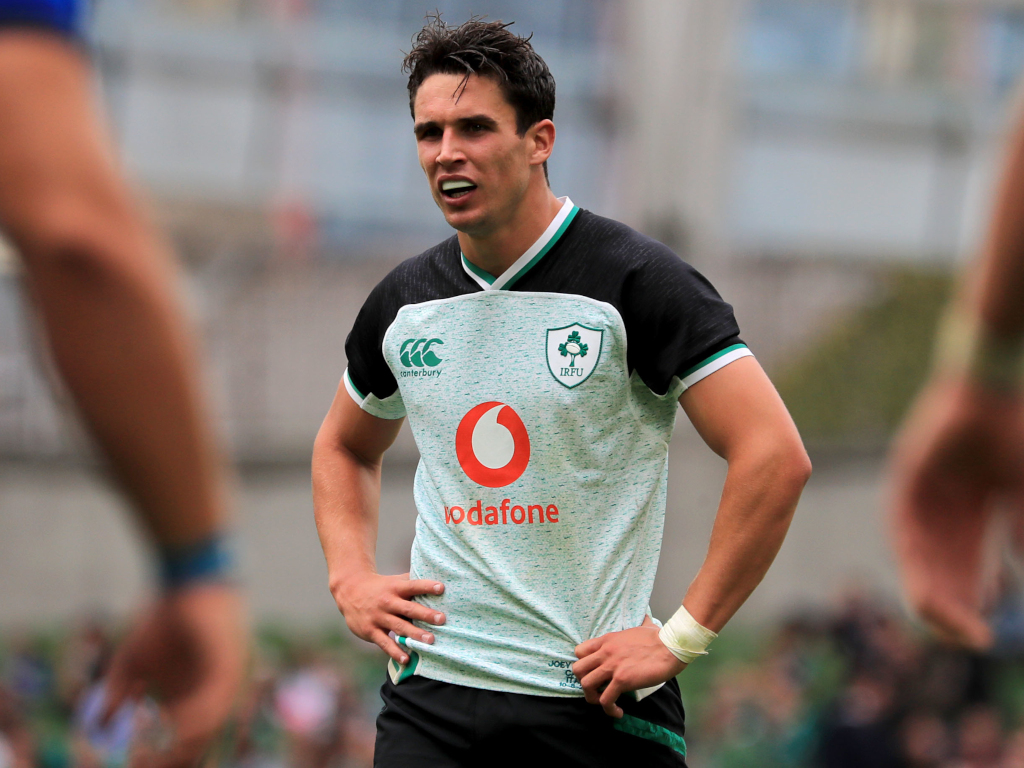 Munster boss Johann van Graan has confirmed that fly-half Joey Carbery will miss the upcoming Six Nations after sustaining a wrist injury during the province’s game against Ulster.

The pivot has missed most of the season because of an ankle problem and only returned to action against Leinster on December 28.

Carbery then started in Belfast and played the whole game as the Limerick outfit succumbed 38-17 to Dan McFarland’s men on Friday, but he picked up a wrist injury which requires surgery.

Van Graan duly stated that the 24-year-old could be out for up to four months and therefore won’t be fit to be selected in Andy Farrell’s Ireland squad.

“I’m gutted for Joey as an individual,” he told reporters. “I care about the players and speaking to him on Monday afternoon when we got the news, obviously it’s not nice news for him.

“He worked hard to get back into the position, he played the full 80 for the first time for quite a while and now he is out for a considerable amount of time.

“That’s rugby, that’s life. He’ll be back, he’s a class man and a brilliant rugby player. He’ll come back stronger, take his time and I can’t wait to have him back in the future.”

It may leave the national team short at fly-half with Johnny Sexton also currently on the sidelines and highly unlikely to feature for Leinster before the start of the championship.

Ross Byrne, Sexton’s deputy at provincial level, has impressed over the past two years while Ulster’s Billy Burns has enjoyed an excellent campaign, but both are inexperienced at the top level.