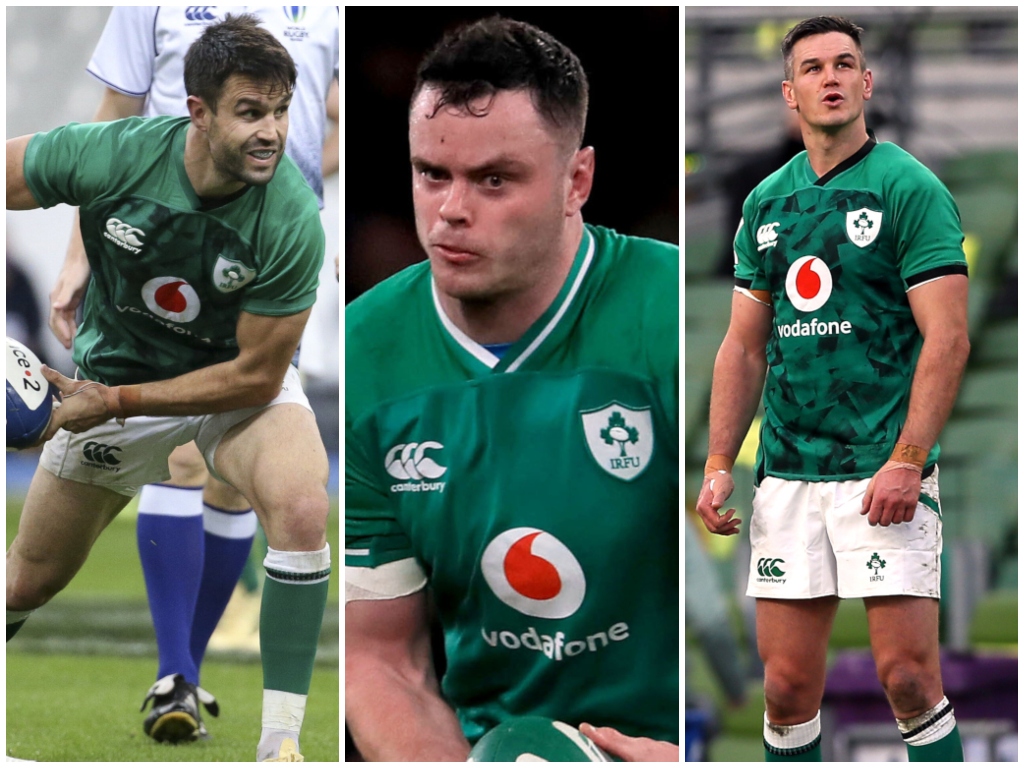 Ireland captain Johnny Sexton has been left out of Sunday’s must-win Six Nations game against France, while James Ryan will also miss the contest.

The fly-half’s long-standing half-back partner Conor Murray is absent as well due to a hamstring problem, with Leinster’s Jamison Gibson-Park in at scrum-half.

Iain Henderson captains the side

Ulster’s Billy Burns will deputise in the number 10 jersey, while Iain Henderson replaces Ryan and will also captain the side. He will be partnered in the second-row by Tadhg Beirne.

The front-row that started against Wales of Cian Healy, Rob Herring and Andrew Porter is retained. Healy will win his 106th cap taking him ahead of John Hayes (105) as Ireland’s most capped prop.

In the back-row Josh van der Flier and CJ Stander are joined by Rhys Ruddock, who slots in on the blindside flank.

Robbie Henshaw and Garry Ringrose line out in the centre and the back three is unchanged with Hugo Keenan at full-back flanked by Keith Earls and James Lowe.

There are four changes in the replacements as Ed Byrne, Ultan Dillane, Ross Byrne and the uncapped Craig Casey come in while Ronan Kelleher, Tadgh Furlong, Will Connors and Jordan Larmour complete the bench for the weekend.