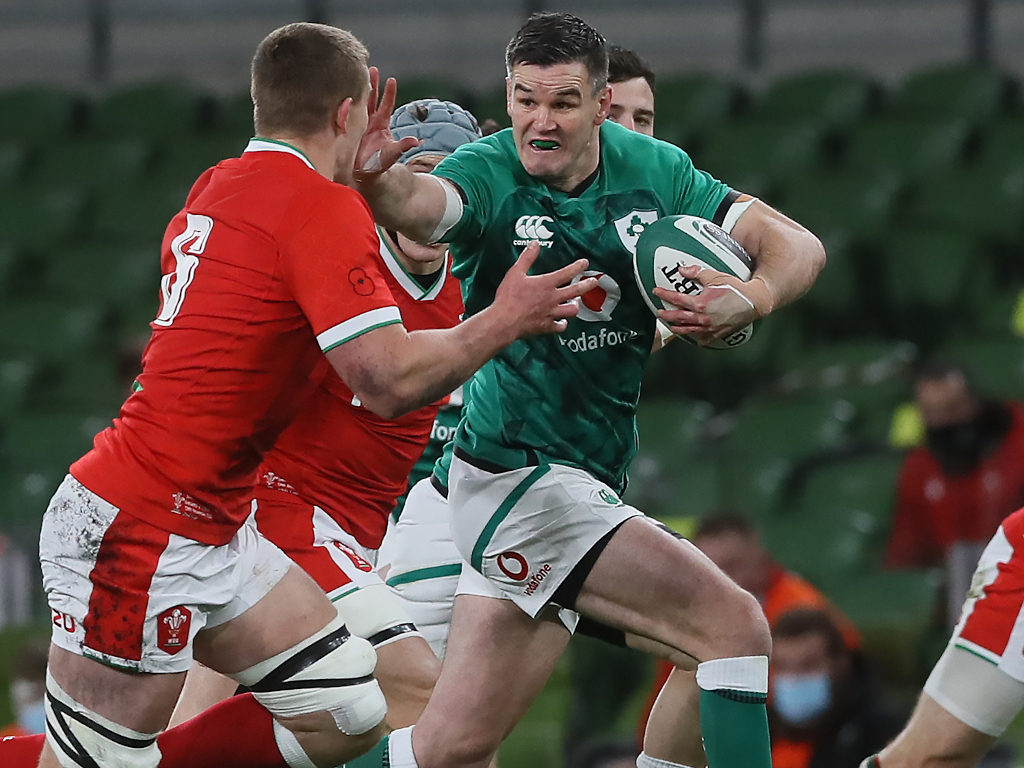 Ireland captain Johnny Sexton has been ruled out of Saturday’s Autumn Nations Cup clash with England following a scan on a hamstring injury.

Fly-half Sexton limped off in the first half of Friday’s 32-9 win over Wales.

Centre Robbie Henshaw, who sustained an abductor strain against Wayne Pivac’s side, will also be unavailable at Twickenham.

Sexton said in the aftermath of the Wales game that he was “hopeful” of recovering in time to face Eddie Jones’ men, describing the issue as not feeling “too serious” but “very frustrating”.

He will be absent

However, a statement from the IRFU has confirmed he will be absent, leaving head coach Andy Farrell with dilemmas surrounding the number 10 jersey and the captaincy.

“Johnny Sexton has had a scan on the hamstring that forced his removal from the game on Friday night and has been ruled out of this week’s fixture against England,” read a statement on the IRFU website.

“Robbie Henshaw picked up an abductor strain and is also ruled out of this week’s game.”

The loss of the long-serving Sexton is compounded by doubts over understudy Billy Burns, who is undergoing return to play protocols as part of a head injury assessment.

Conor Murray was pressed into emergency action at fly-half during Ireland’s win over Wales and head coach Andy Farrell claims he’s now a genuine option to start at No.10 against England.

Hear what the man himself has to say about playing 10! 👇

Scrum-half Conor Murray finished Friday’s game in that position after the enforced substitutions of Sexton and debutant Burns, while lock James Ryan took over as skipper.

There were more positive updates on Iain Henderson and Jacob Stockdale following their late withdrawals ahead of the Wales game.

Lock Henderson has returned to training after being absent due to an unspecified medical issue, while full-back Stockdale will continue rehabilitation on his calf problem with a view to resuming training later in the week.