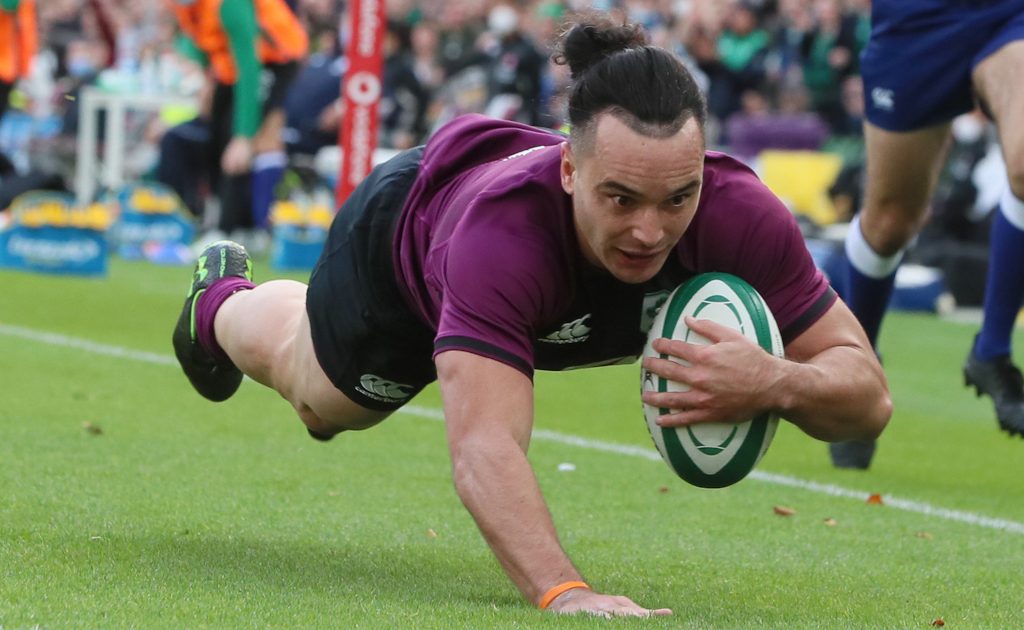 Ireland wing James Lowe is looking forward to facing off with some of his closest friends as he prepares to take on his native New Zealand for the first time.

Lowe enjoyed a positive international comeback on Saturday as he claimed the first try for Ireland in their Autumn Nations Series win over Japan in Dublin.

The 29-year-old, who qualified for Ireland last year through residency rules, played alongside several the current All Blacks in his homeland for the Chiefs.

And, with the world’s top-ranked team due at the Aviva Stadium this week, he’s swiftly turned his focus to a special occasion from a personal perspective.

“It’s obviously the country of my birth, where my family’s from, where I grew up, and where I learnt a lot of my trade,” said the former Maori All Blacks wing.

“To have the opportunity now to potentially represent Ireland against them is something that is a challenge I knew was around the corner and a challenge that I can’t wait to put my best foot forward for.

“Some of my best friends are starters in that All Blacks team. I went to school with two or three of them, I played with a few of them when they were younger, and now they speak for themselves in the 15.

“The list goes on with the amount of people that helped me become a player through playing with them. And, mate, I can’t wait for next weekend.”

The former Tasman and Chiefs back also previously played alongside Finlay Christie and Will Jordan.

He is among a trio of New Zealand-born players in Ireland’s current squad, in addition to Leinster team-mate Jamison Gibson-Park and Connacht centre Bundee Aki.

“In terms of the measuring stick, New Zealand have been at the top of the pecking order for years,” he added.

“The likes of New Zealand, South Africa, England, they’re the ones you need to challenge yourselves against.

“The performance (against Japan) was good but it’s all about next weekend now.”

Lowe returned to Andy Farrell’s starting XV against the Brave Blossoms after being dropped for March’s Six Nations win over England.

Head coach Farrell said: “James had a little bit of a wake-up call.

“He went away and understood how he needed to prepare for international rugby, his preparation is through the roof in comparison to what it was before.

“He’s learned the hard way, there’s a few things that he needs to get better from Saturday as well but his attitude is in the right place and I’m sure that will happen.

“He’s not a tidy player but neither do we want our players to be tidy players, he finds a way into the game, he’s in great nick, he’s lost a bit of weight and is fit.”

England head coach Eddie Jones has warned fly-half Marcus Smith to avoid the “distractions” he feels young tennis star Emma Raducanu has had to deal with.

Smith came off the bench to inspire a late flurry of tries in their 69-3 triumph over Tonga on Saturday as Twickenham saw the Harlequins man show his class.

In only his third international appearance, Smith was outstanding as he pushes for more minutes against Australia in this week’s Autumn Nations Series clash.

But Jones is mindful that the 22-year-old’s head might be turned by the trappings of success after noting how British tennis star Raducanu, 18, has accumulated endorsements but not more silverware since being crowned US Open champion in September.