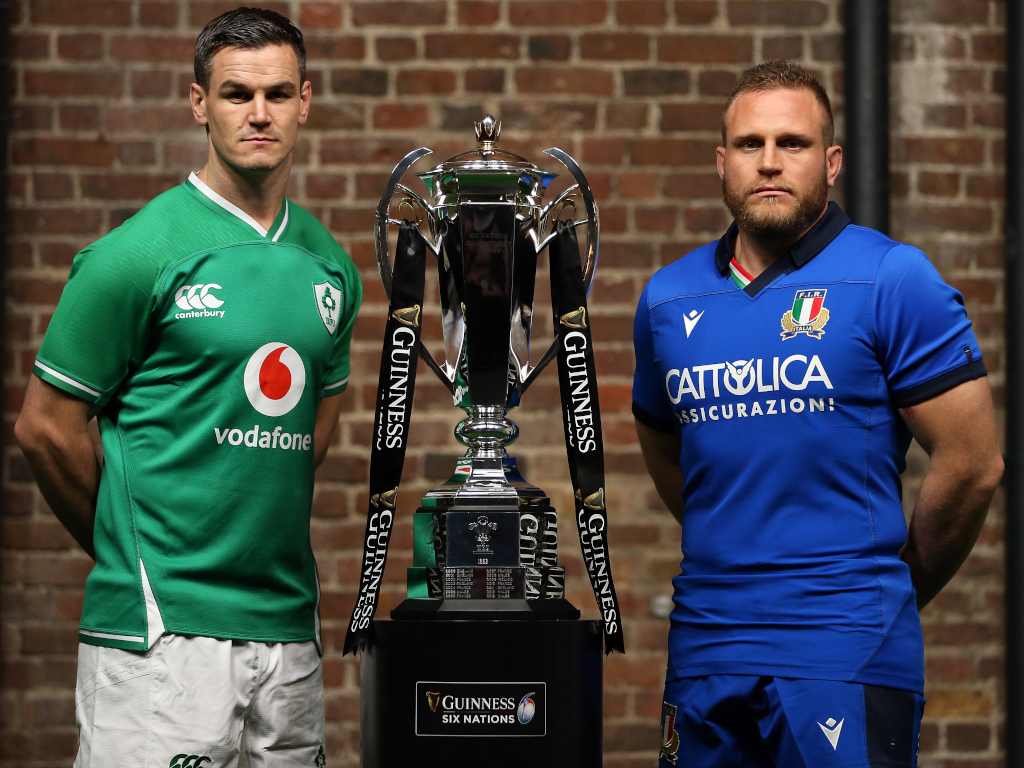 After seven long months, the Six Nations resumes. It may not be coming with all the fanfare that is usually associated with this competition – after all there are more important matters in the world at the moment – but there is palpable excitement over its return.

Ireland and Italy, who saw their early March clash postponed as the coronavirus was taking hold around Europe, will begin proceedings and there is plenty on the line, particularly for the hosts.

Although Andy Farrell’s men reside in fourth place in the table, they have the opportunity to move to the top with a bonus-point victory over the Azzurri. In fact, it would be seen as a huge failure should the Emerald Isle not overturn their opponents with a dominant display.

Of course, the oddity of 2020, which saw leagues and competitions alter their schedule and restart at different times, potentially opens the Six Nations up to shocks, but it would be a major upset should Franco Smith’s charges even get close to the Irish.

They simply don’t have the talent to match Ireland, who will look to move a step closer to claiming another title. Farrell’s outfit weren’t exactly convincing prior to the lockdown but they did enough to keep themselves in contention and now have an opportunity to secure some silverware.

No doubt, their minds are primarily focused on France next weekend and that has been shown in team selection – with four players potentially making their debuts on Saturday – but they have to be wary of complacency.

The coaches, as well as the squad themselves, will heed the lessons of Leinster, who paid the price for their slow start against Saracens. They were almost shocked by the physicality and intensity of the Englishmen and Italy will aim to replicate the efforts of Sarries.

However, the Azzurri have rarely gotten close to Ireland over recent years, with them shipping over 50 points in four of the past six encounters. In total, last year’s World Cup quarter-finalists have defeated the Italians in the last nine meetings between the sides.

Prior to that came Italy’s only victory in the Six Nations but it is almost impossible to see them repeating that feat this weekend. They used to be able to call on a competitive pack, but nowadays even that is a struggle and the hosts should dominate.

There is plenty of potential in the visitors’ back-row, with Jake Polledri, Sebastian Negri and Braam Steyn all brutal ball-carriers, but the front five has been a constant problem over recent years.

It is difficult to see a way they can put Ireland under pressure and, as a result, it should be a comfortable afternoon for the title challengers.

For Ireland: If you can force your way into the Leinster team, and especially the back-row, you know you’re a good player and that’s what Will Connors has done. After a series of excellent performances for the province, the openside flanker now gets an opportunity on the biggest stage having been handed his first cap. In the mold of many of his Irish contemporaries, Connors is strong over the ball and has an incredible work ethic, but his biggest strength is his tackling ability. Akin to Dan Lydiate and Sam Underhill, he hits low and hard, bringing down even the biggest ball-carriers, and that will certainly be useful when up against the gargantuan units of Polledri, Negri and Steyn.

For Italy: Like Ireland, Italy are trying out a few new players with one of those in the key decision-making position. Despite only recently breaking into the Benetton side at PRO14 level, Paolo Garbisi has been entrusted with the responsibility at fly-half. The pivot was hugely impressive at age-grade level, helping the Italian U20s to an outstanding victory over the Welsh youngsters back in February. This is obviously a significant level up but, ultimately, Smith has little to lose given the problems they consistently have at number 10. Don’t be surprised if Garbisi struggles but he is talented and worth persisting with.

Head-to-head: The only area where Italy could arguably claim to have parity with Ireland is in the back-row so it will be fun to see CJ Stander and Jake Polledri face off this weekend. Stander will no doubt provide the usual work ethic and relentless carrying close to the ruck and Polledri will attempt to match that impact, albeit in his own inimitable style. The Gloucester player is a superb ball-carrier and bounces off would-be tacklers at will for the Cherry and Whites in the Premiership. He has also shone in his brief international career so far and will be a threat on Saturday.

💪🏽 A new series is here!@JakePolledri carrying school is back. 🙈 pic.twitter.com/8MnECCZP2L

Prediction: Difficult to see anything other than a comfortable victory for the hosts. They may have a few injuries, while the jury is still out over Andy Farrell as head coach, but the Irish will have too much for Italy. Ireland by 20.