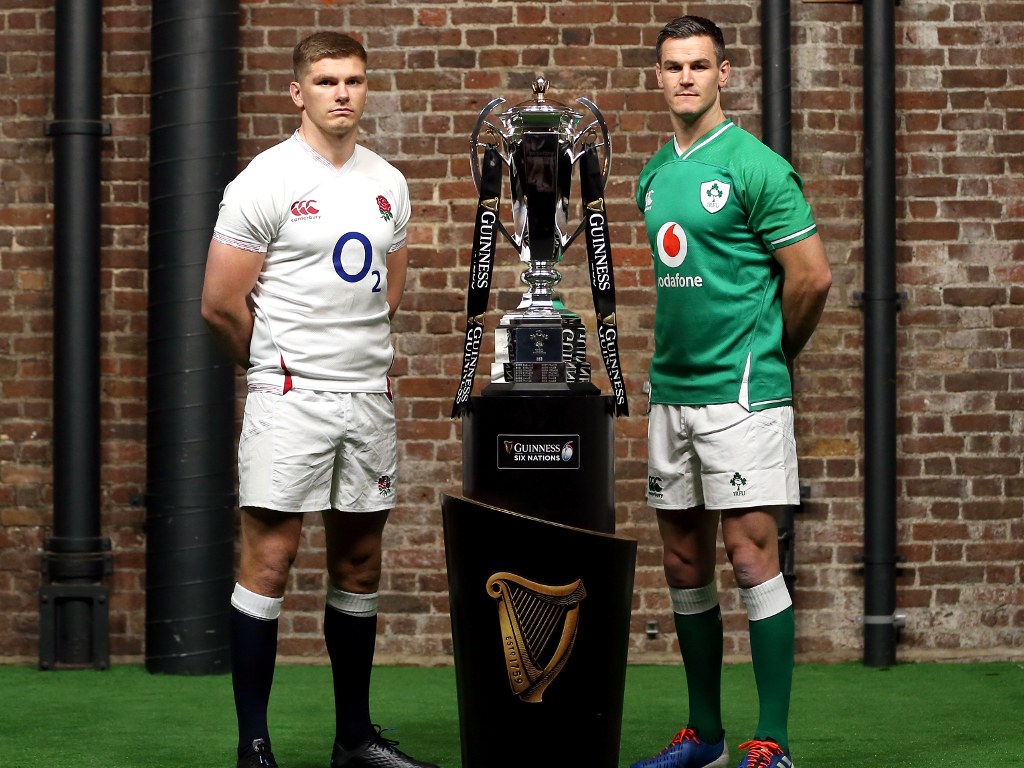 The third round of the Six Nations will conclude on Sunday with a mouth-watering fixture between England and an unbeaten Ireland at Twickenham.

With two wins out of two on home soil, against Scotland and Wales, the Irish head to London in confident mood but this first game away from Dublin is a significant test for Andy Farrell’s side. Should they pass with flying colours then talk of a Grand Slam would very much be on.

Following this match and a week’s break in the Championship, Ireland will host Italy before finishing in France for a possible Slam decider.

England meanwhile are playing catch-up this year after their opening defeat to Les Bleus, but they cannot be written off, with this fixture against Ireland followed by another home match, against Wales, before they end their campaign in Italy on March 14 when they could be right in the mix.

But, as Eddie Jones so often says, their focus is on this week’s match as of course it should be. The pressure is very much on England this Sunday though due to that loss in Paris and with the media not needing any excuse to turn ugly, it could be interesting at full-time if the Irish do prevail at Twickenham. Expect plenty of ill feeling and snipes from both Jones and the press after the whistle should that happen.

It had all looked to be going fairly smoothly leading up to the game in terms of media scrutiny, but on Thursday Jones landed himself back in hot water after his clumsy joke at a press conference. That was then the lead story going into Friday which, once again, is unfortunate.

Let’s not fall down that route though as on the field it promises to be an absorbing contest as old foes collide, with Ireland looking to build on that aforementioned strong start to the year with a victory that would do wonders for their confidence. Indeed, players appear refreshed under a new voice and there is clarity to their game and real depth to the squad which sees ample quality remaining in the PRO14 this week.

England in contrast look a shadow of the team that blew New Zealand away in their Rugby World Cup semi-final and will hope a drier track at Twickenham than their last outing in Scotland helps recapture that Japan form. Something though is clearly amiss at the moment and with the constant background noise from Jones and strange selection decisions not helping the atmosphere, one can already picture the fallout should the English suffer another loss, which would effectively end their Six Nations hopes and leave coach Jones under the spotlight once again.

🗣️ "England look in a strange place. Confused by their own selection and structure, the pack looks a shadow of its former self." #ENGvIRE

For England: Speaking of those odd selection calls, the decision to play Jonathan Joseph on the left wing was greeted with a plenty of comments from pundits and fans. With specialist left wing Ollie Thorley released for club duty, it’s clear Jones believes he is not yet ready for such a big game against Ireland. But is Joseph more prepared to face a possible kicking onslaught than the Gloucester star? There’s no doubt the Irish will test him out and with no specialist wing on the bench, the Bath centre must be on his game at Twickenham.

For Ireland: A crucial match such as this requires big names to stand up and be counted while showing a cool head. There is none more vital for Ireland than Jonathan Sexton and the vastly experienced fly-half will be driving his side once again this weekend. If he’s on song and purring amongst a strong spine in green that includes CJ Stander and Conor Murray, then Ireland have a fantastic chance to make it three wins out of three. Sexton will look to kick well from hand and off the tee, be a strong presence in defence and also keep England guessing with his distribution and running game. He must, however, also build a working relationship with referee Jaco Peyper right from the off.

Head-to-head: With five second-rows picked in their squad, it’s clear England view the lineout as a crucial battle they must win. Ireland meanwhile have made a late enforced change to their pack due to family reasons as lock Iain Henderson is replaced by set-piece giant Devin Toner. That should strengthen the Irish in this department in what should be a fascinating tussle between the forwards. Out wide we’re also looking forward to seeing two outstanding wings face off in Jonny May and Jacob Stockdale. Give them an inch and they’ll punish the opposition.

Prediction: Following the team news and the pressure being on England, we just feel an away win is coming. Ireland by three.