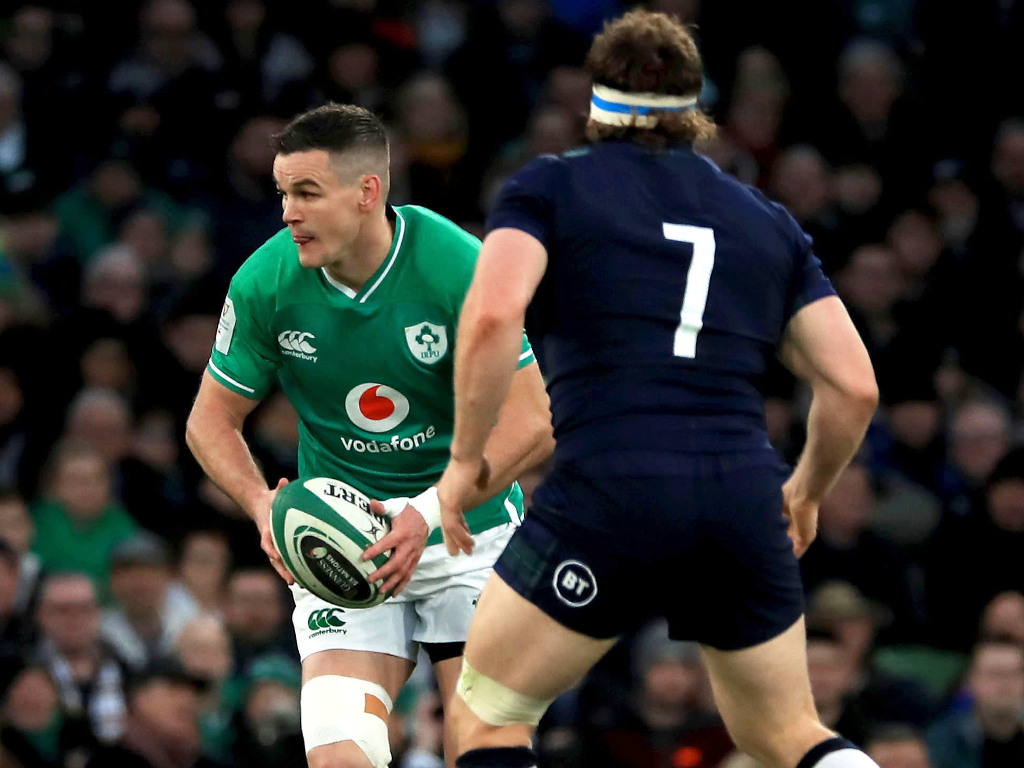 It promises to be a fascinating match-up between Ireland and Scotland when the two teams meet in the Autumn Nations Cup third-place play-off on Saturday.

The pressure will most definitely be on the Irish in Dublin this week as, despite getting back on the winning trail against Georgia, their performance left a lot to be desired and Scotland will look to use that lack of confidence against their hosts as they seek to gain revenge for the Six Nations loss in February.

The Scots will also no doubt enter refreshed and with fresh legs after an impressive year-end series of matches, which saw them lose just once, against France.

Gregor Townsend appears to have his side all singing from the same hymn sheet and in now-qualified pair Duhan van der Merwe and Oli Kebble, they have two high class operators that have brought a much-needed injection into the team. The sizeable Van der Merwe in particular is someone Scotland can build attacks around and, if he replicates the form that has seen him dominate games for Edinburgh in recent campaigns, there is every right for renewed optimism amongst their fans.

The Edinburgh vibe is further enhanced this week by the inclusion of Jaco van der Walt at fly-half, who makes his international bow after shining at club level. He is preferred at 10 ahead of Duncan Weir, who drops out of the squad, in one of six changes to the team made by Townsend as he looks to finish 2020 on a high.

Winning at the Aviva Stadium is easier said than done though and Scotland will know the size of the task that awaits them against an Ireland team that will be keen to prove they’re not on the decline. Indeed, the Scots have not won in the Irish capital for 10 years but, after picking up a first victory on Welsh soil since 2002 at Parc y Scarlets in October, there’s little doubt that will add to their belief that another drought could possibly be coming to an end this year.

Furthermore, because of the possible consequences of defeat for Ireland and what victory would mean for Scotland, this game will be anything but a dead rubber at the Aviva Stadium. It’s why both coaches have rolled out their strongest available teams in what should be an intriguing battle to finish in third position.

How Ireland manage the pressure and whether Scotland can prove this isn’t yet another false dawn in their journey is going to be a wonderful watch in a result that could have huge ramifications for Farrell, even after this week’s vote of confidence from Irish Rugby Football Union performance director David Nucifora. Win and the coaches can at least enjoy their end-of-year festivities, but a performance like last week which ends in defeat would only add to calls for change.

For Ireland: It’s been a hot and cold year-end campaign for Jacob Stockdale and he’ll be eager to sign off with an all-action showing that’s low on errors this weekend. His qualities as an attacking force have been known for a long time but he seems to have become less reliable on the Test stage of late, with mistakes creeping into his game while teams look better equipped to contain him than in previous years. With Jordan Larmour having been out of action due to injury, this should have been the perfect chance for Stockdale to shine at 15 but for whatever reason it hasn’t happened. He’ll hope to change that on Saturday.

For Scotland: If Scotland can get the ball into Duhan van der Merwe‘s hands on a regular occurrence then damage will be caused, of that there is little doubt. The addition of Jaco van der Walt at fly-half could increase the chances of that as those two have been on the same wavelength for some time now at Edinburgh so expect the playmaker to look for his club-mate when under pressure during the game. Van der Merwe though will need no invitation from elsewhere to make an impact on the game and Ireland will surely have done plenty of analysis work on the giant South African, who is vital to Scotland’s hopes of victory.

🗣️ "We have been impressed with Jaco and we're excited to see him take the next step into international rugby." #AutumnNationsCup #IREvSCO

Head-to-head: Mentioned in the previous section, Jaco van der Walt has a shot to press his case for further appearances after being given a run-out in the continued absence of Finn Russell and Adam Hastings. He goes up against the returning Jonathan Sexton in what will be a wonderful duel between one player at the beginning of his international journey and one near the end. However, Sexton this week stressed that he’s eyeing another Rugby World Cup and that critics only drive him on. He will want to silence those doubters while for Van der Walt, a debut victory in Dublin would be the perfect end to his year.

Prediction: An incredibly hard game to call with pressure and form real considerations here. But in Dublin the hosts will edge it. Ireland by two.