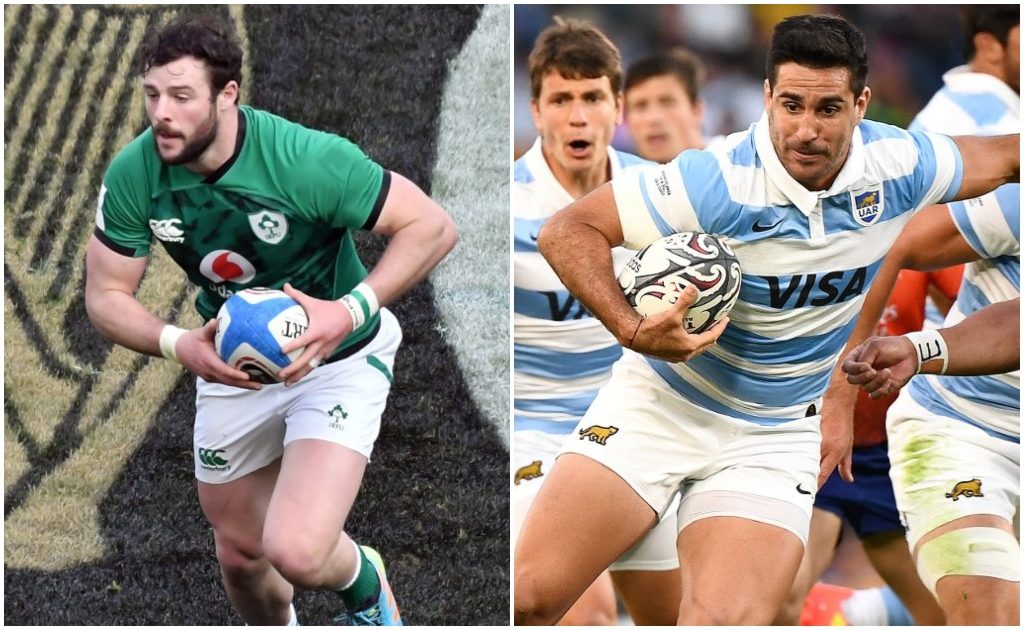 Morale will be sky high for Ireland as they head into their final test of the Autumn Nations Series against Argentina at the Aviva Stadium in Dublin on Sunday.

After recording a 29-20 triumph over New Zealand in what was a hugely impressive performance last Saturday, the Irish know building on that win is now pivotal.

There was so much to like about the showing from Andy Farrell’s men as their high-octane style once again did for the All Blacks – this their third win in five attempts against them. They starved the visitors of oxygen, not letting them gain a foothold as the constant barrage of pressure saw them to a deserved victory.

“We’re playing the way rugby should be played.” That was the beaming message from wing James Lowe after his try-scoring performance last week and it is hard to disagree as they were exciting, inventive and relentless with their pressure, with and without the ball. Keeping that going into the 2023 World Cup is now key.

Indeed, that’s been the big sticking point with Ireland teams of the past, whether they can hit form such as this heading into and during the global showpiece. But, if they can reproduce performances like that and use the win as a springboard to a strong Six Nations campaign then there’s reason for optimism for fans.

Their opponents this week, however, are arguably one of the teams who can frustrate and stifle a nation seemingly on top of their game. Argentina, buoyed by a solid win over Italy, will hope to knock Ireland off their rhythm as their knack for staying in touch in matches is infamous. They have talent aplenty in their side and despite a difficult and out-of-sorts year of results, they will be desperate to sign off on a positive note, with Ireland foolish to take them lightly.

It came back in November 2018 when Ireland won 28-17 in Dublin. After an early long-range penalty from Nicolas Sanchez, Ireland responded soon after with scrum-half Kieran Marmion racing over off the base of a powerful scrum. Sanchez struck again off the tee on 11 minutes to retake the lead at 6-5 and that soon became 11-5 when Bautista Delguy crossed on the right wing for a well-worked try. Ireland needed to regroup and that they did thanks to a Bundee Aki seven-pointer that was followed by another Sanchez penalty and one from Johnny Sexton before the interval. Sanchez would nudge the Pumas into a 17-15 buffer on 42 minutes but that would be their final offering as Sexton’s second penalty was followed by a Luke McGrath crossing before Sexton added another penalty to make sure of the result.

Ireland centre Garry Ringrose is fully aware of the threat Argentina pose this weekend and pointed to the fact the Pumas beat the All Blacks themselves in 2020.

“They themselves not too long ago turned over New Zealand so to underestimate the quality and strength they have – despite some of their recent results – would be detrimental to us,” he said.

“We immediately spoke about that and are aware of the standard of performance we’ll have to get to to try and get a good result.

“No doubt they will be eyeing us up and saying the same thing.”

Former Argentina forward Carlos Ignacio Fernandez Lobbe believes Ireland would be foolish to underestimate the Pumas when they face them in Dublin this weekend.

“Never say never to Argentina,” he told the Irish Examiner.

“When Argentina is hurt, it is more difficult to beat us so I reckon this weekend Ireland will be over the moon after beating the All Blacks. Argentina had a good win in Italy after seven losses.

“I’ve spoken to Mario Ledesma, and I said ‘Your team and you as head coach are here to make history as you did last year against New Zealand’.

“This weekend is going to be the first time Argentina beat Ireland in Dublin. We have beaten Ireland in more than one World Cup, but now we’ve got to beat them over there.”

Ireland’s changes to their side that beat New Zealand all come in the backline where there’s a return for Robert Baloucoune. The Ulster wing marked his first cap with a well-taken try against the USA earlier this year and will be determined to show his worth again after being named in the XV to face the Pumas. We’re also interested to watch how Conor Murray fares at scrum-half as, after falling behind Jamison Gibson-Park in the pecking order, this is a chance for him to show he still belongs in the starting side. Ireland have been playing at a much higher tempo with Gibson-Park at the base so how will Murray respond?

For Argentina we look at their goal-kicking full-back Emiliano Boffelli as he must be bang on in that department if the Pumas are to stay in touch with Ireland and ultimately frustrate them. The rangy Boffelli had a big hand in Marcos Kremer’s opening try against Italy last week, showing what a threat he is in the air and he’ll hope to combine that with a silky running game and also solidity off the tee as Argentina look to back up that much-needed victory in Treviso.

Blessed with a strong pack for some time now, Argentina will look to the likes of Guido Petti and Tomás Lavanini to set the tone against Iain Henderson and James Ryan in the engine room battle. Ryan has the added responsibility of the captaincy this week but as he has said in the build-up to this game, he will lead by what he does rather than says, so a strong outing against two of the toughest locks in the business will set the tone in Dublin. Lavanini, whose discipline has been questioned numerous times during his career, and the versatile Petti know that if they can get under Ryan’s skin and knock him off his game, they will have given their side an improved chance of victory. The same goes for hooker Julián Montoya against the promising Ronan Kelleher.

Ireland are purring at the moment and Farrell has smartly chosen to avoid wholesale changes for their final run-out of the year. Riding the wave of that result over the All Blacks is crucial and with confidence in their game plan and sprinklings of fresh legs added, they should see off Argentina. Ireland by 15.