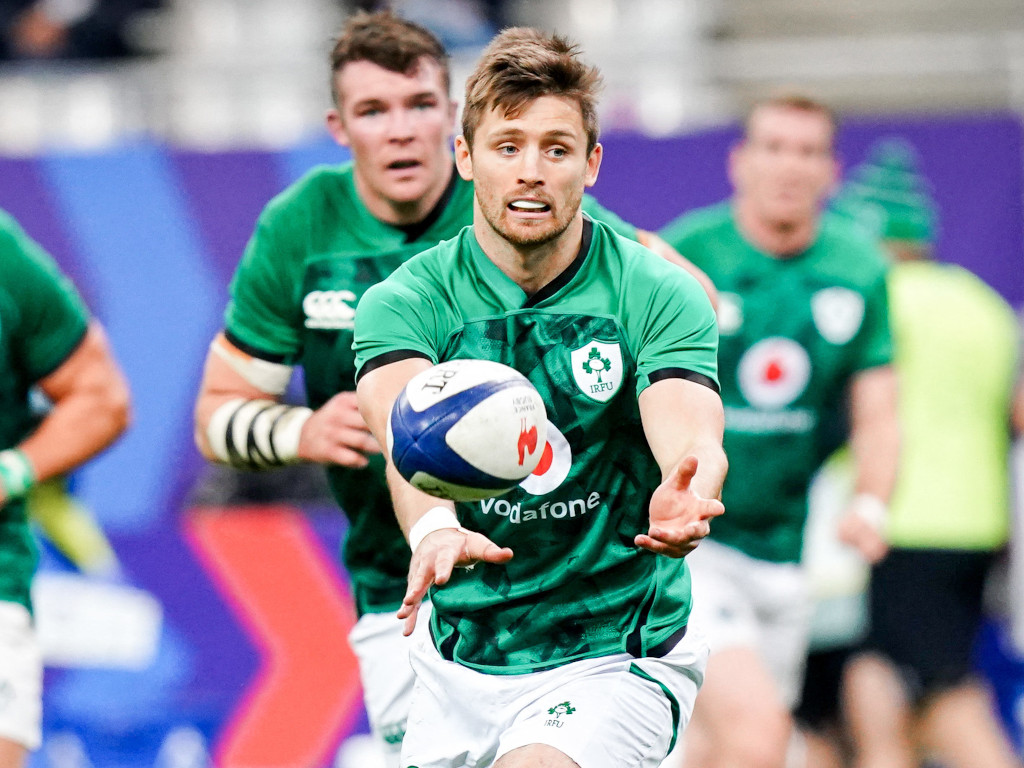 Byrne, who replaces the injured Johnny Sexton, is joined by Jamison Gibson-Park in the half-backs as he retains the scrum-half jersey this weekend.

In the centre, Connacht centre Bundee Aki comes in for the injured Robbie Henshaw with Chris Farrell lining out in the number 13 shirt on Saturday.

Hugo Keenan continues at full-back with Leinster teammate James Lowe, who starred in the win over Wales last Friday, and Keith Earls on the wings.

Second-row James Ryan will be the 107th player to captain Ireland when he leads out the team, in the absence of fly-half Sexton.

Ryan is again partnered in the second-row by last week’s try scorer Quinn Roux. They will pack down behind the unchanged front-row of Cian Healy, Ronan Kelleher and Andrew Porter.

CJ Stander returns to the starting XV at blindside with Peter O’Mahony moving to seven and Caelan Doris packing down at eight.