Home Rugby World Cup Ireland Ireland: Mack Hansen starts on the wing as one of few changes for the second Test against the All Blacks 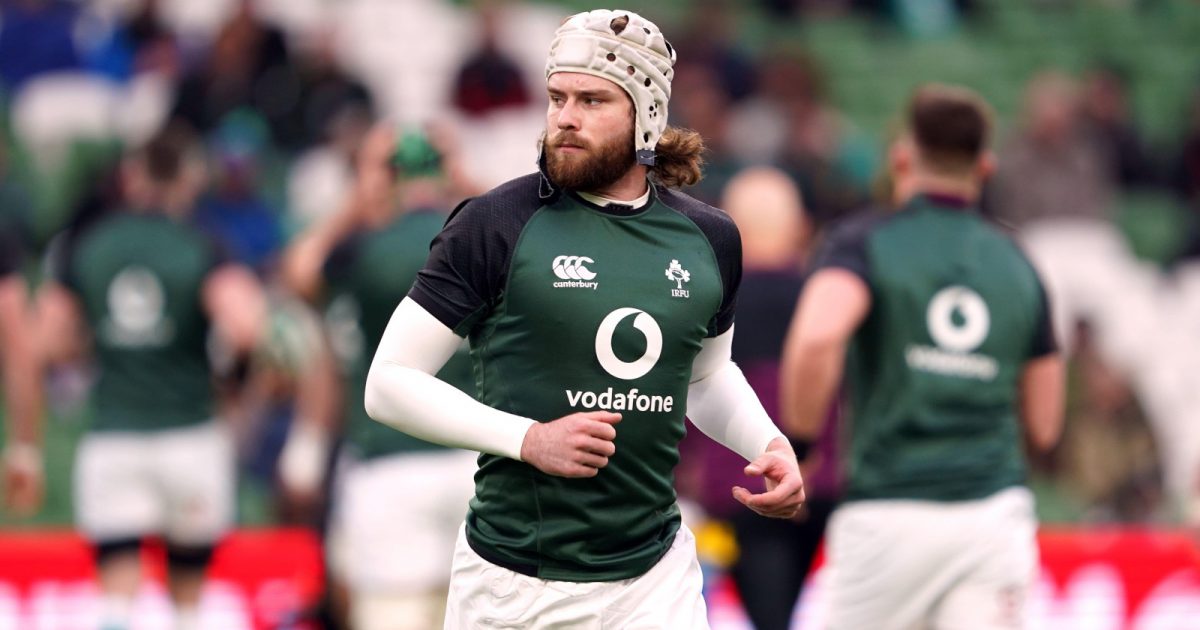 Wing Mack Hansen returns to Ireland’s starting line-up after fully recovering from Covid-19 in the only change to the starting XV as his side aims to level the series in the second Test.

James Lowe and full-back Hugo Keenan combine with Hansen in the back three, while the solid midfield partnership of Robbie Henshaw and Garry Ringrose remains for the second Test.

After being cleared by concussion protocols to play, Johnny Sexton captains the side as he partners up with Leinster teammate Jamison Gibson-Park in Ireland’s half-back pairing.

Caelan Doris, Josh van der Flier and Peter O’Mahony retain their spots as they look to have a more significant impact this week.

In the tight five, Andrew Porter, Dan Sheehan and Tadhg Furlong make up the front-row, with James Ryan and Tadhg Beirne in the second-row.

The only change on the bench is Rob Herring coming in for Dave Heffernan, while Cian Healy and Finlay Bealham are the other front-row replacements. Kieran Treadwell and Jack Conan make up coach Andy Farrell’s remaining forward options.

Meanwhile, Conor Murray, Joey Carbery and Bundee Aki are the backline substitutes for the second Test.

READ MORE: All Blacks: Dalton Papalii starts as Scott Barrett slots back into the second row