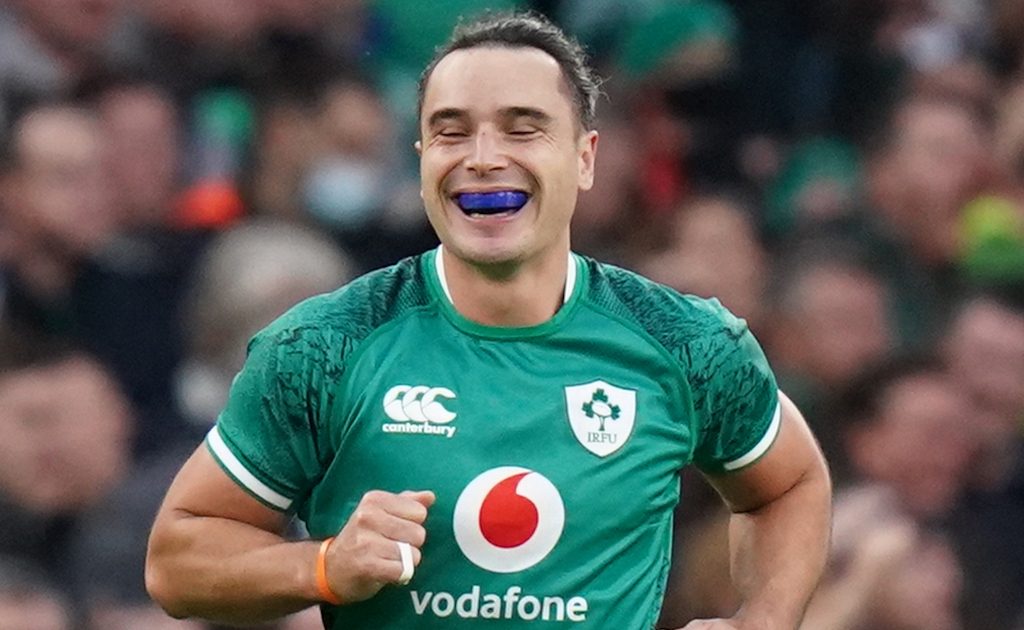 Try-scoring James Lowe was beaming with delight after he helped Ireland defeat his native New Zealand 29-20 in their Autumn Nations Series clash in Dublin.

Lowe, who has played for the Chiefs and Maori All Blacks in the past, qualified for Ireland late last year on residency and played a key role in Saturday’s win.

His early try and solid defence proved crucial as Andy Farrell’s side claimed a seventh straight win, with wing Lowe thrilled with their effort against the All Blacks.

“We put in a performance against the world’s best and came out on top,” he said.

“There were a few key moments that determined the outcome of the game. I’ll cherish the win.

“We’re playing the way rugby should be played.

“To play against the best team, the way they probably play the game and to beat them at their own game in a lot of ways, it’s huge for the confidence.

“I feel like people will be now like, ‘s**t, that’s not the Ireland of old, the box-kick Ireland’ – it’s playing off the cuff, pretty tight shapes, make defenders make decisions.

“It’s huge and it’s what we want to carry on doing.”

Lowe dived over in the left corner inside 15 minutes, but that was all Ireland had to show for their first-half dominance and they somehow trailed 10-5 at the break.

Ireland wrap up their autumn campaign against Argentina next Sunday and face a three-Test tour of New Zealand next summer.

Lowe says the team must strive to maintain current standards following a third win over the All Blacks in the past five years.

“We’ve got our own identity and it’s great,” he said.

“We played footy and won. We didn’t play negative footy, like the stereotype South Africa – not playing the game the way it should be played and they win.

“We are not going to take a backwards step now.

“The amount of trust that we have throughout this team, the boys performing at the highest level, we can’t take a backward step.”

Lowe, who was joined in Ireland’s starting XV by fellow New Zealand-born players Bundee Aki and Jamison Gibson-Park, moved to Leinster in 2017, having previously played alongside a number of the current All Blacks side.

“I spent a lot of time with a lot of those boys, some of my best friends, people I’ve lived with, seriously admire in terms of who they are as people, what they represent.

“I got to stand there and have a good old chinwag with a lot of the boys.

“I’ve got best mates on both sides of the fence.

“They were happy for me, I was happy for them, but it’s rugby at the end of the day.”

Johnny Sexton wants Ireland to ‘push on’ after victory

Ireland captain Johnny Sexton has demanded more from his team as they look to build on Saturday’s 29-20 triumph over New Zealand in the Autumn Nations Series.

An outstanding display from Andy Farrell’s side helped the Irish get the better of the All Blacks, who were made to look ordinary in their first loss on tour.