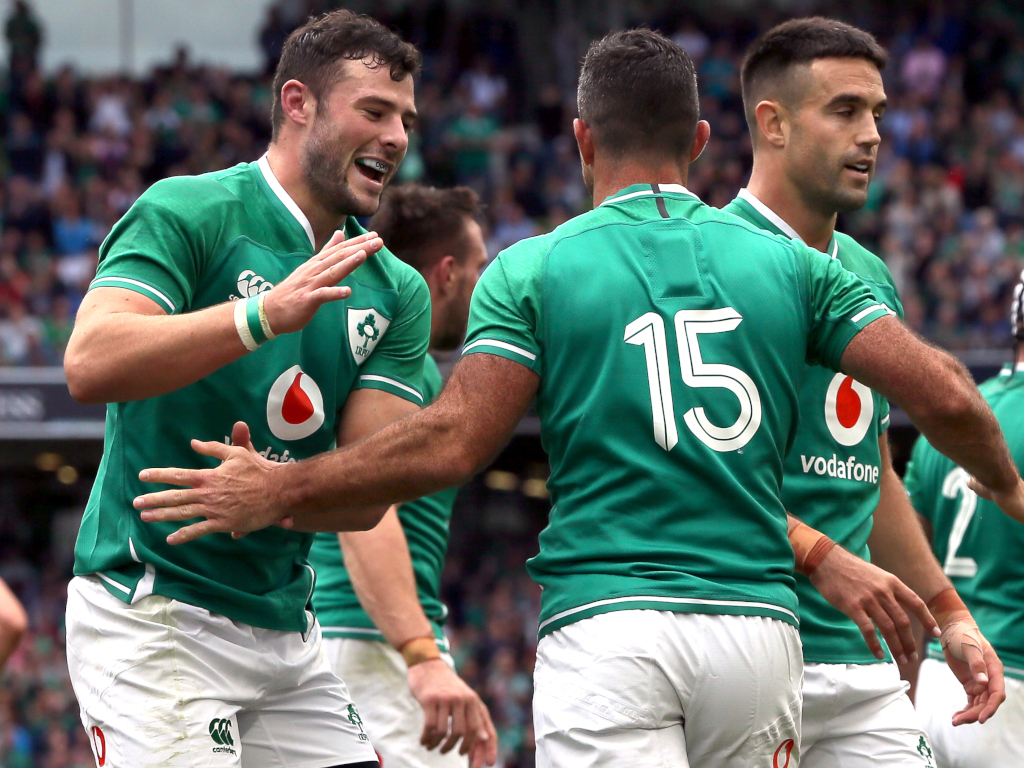 Top position in the World Rugby rankings has changed hands for the third time in five weeks with Ireland overhauling New Zealand to carry the mantle of the world’s number one team going into Rugby World Cup.

Saturday’s 19-10 victory over Wales was worth just over sixth-tenths of a rating point to Ireland and improves their overall score to 89.47 points, while the All Blacks remain on 89.40 points following their emphatic 92-7 win against Tonga.

In Dublin, Rob Kearney and Hadleigh Parkes traded first-half tries before scores from Tadhg Furlong and James Ryan helped to give captain Rory Best and head coach Joe Schmidt a winning send-off in what was their final home Test.

From being top of the rankings just three weeks ago, back-to-back defeats to the Irish and a big win for South Africa against Japan have led to Six Nations Grand Slam champions Wales slipping to fifth in the world. Wales now find themselves on 87.32 points, just two-hundredths of a point fewer than the Springboks in fourth place.

This effort set @IrishRugby on their way to victory v @WelshRugbyUnion

Wing Makazole Mapimpi scored a hat-trick while Cheslin Kolbe bagged a brace and replacement scrum-half Herschel Jantjies added another late on to take his overall tally to four tries in four Tests as South Africa laid out a real statement of intent ahead of the Rugby World Cup in front of a 24,000 crowd in Kumagaya.

The half-a-point gained in victory was not enough, however, for the Springboks to catch England, whose 37-0 win over Italy at St James’ Park went unrewarded due to there being just over 16 rating points between the teams.

Meanwhile, Australia’s 34-15 win over Samoa did not affect the rankings with the sides staying in sixth and 16th place respectively.

Outside of the top 10 though, a couple of teams benefited from the US Eagles’ hard-fought 20-15 win over Canada in Vancouver.

Canada led 12-10 at the break but second-half tries from Dylan Fawsitt and Martin Iosefo saw the Eagles extend their unbeaten run against their North American rivals to 12 matches and also lifted them one place above Italy to 13th in the rankings. With the defeat costing Canada the best part of a quarter of a point, they now slip below Portugal and into 22nd place.