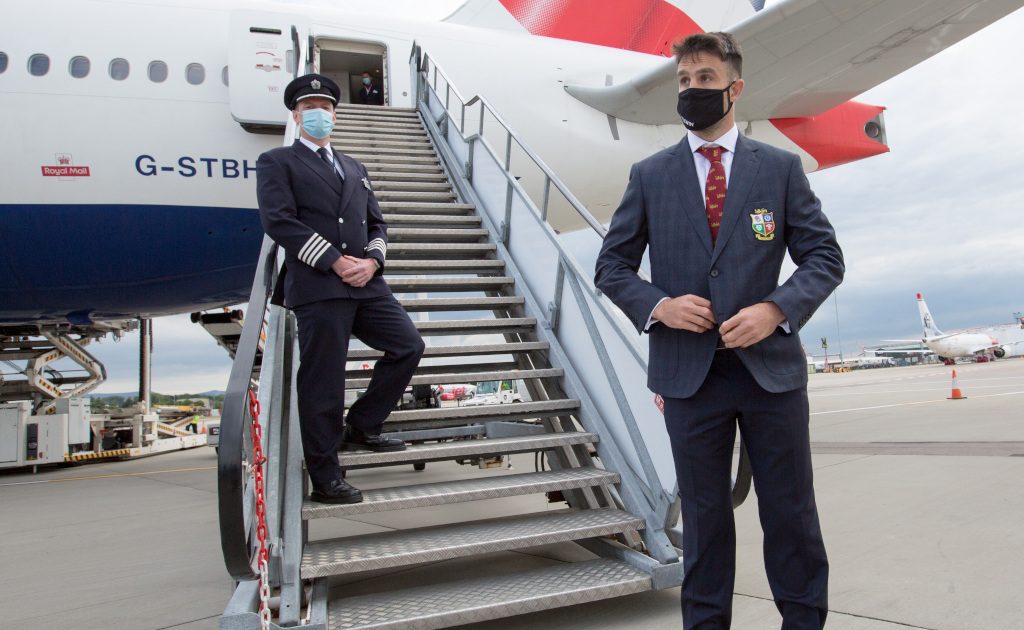 Peter O’Mahony believes there is “no better man” than Conor Murray to replace Alun Wyn Jones as British and Irish Lions captain for the tour to South Africa.

The Lions’ preparations for the trip suffered a hammer blow as a line was drawn through Jones’ name last Saturday when the celebrated Wales lock suffered a dislocated shoulder after just seven minutes of the 28-10 win over Japan.

Murray will, therefore, fulfil the role in what will be his third tour with the Lions, despite no previous captaincy experience with his country or provincial side, but O’Mahony has thrown his backing behind the scrum-half.

O’Mahony, who captained the Lions in the first Test against New Zealand four years ago, said: “I’m thrilled to bits for him. It’s an incredible honour, the Lions is a special entity and it’s a huge honour for Conor.

“You’ve seen how many years he’s been around now, how many big games he’s played and the experience he has, being on his third tour is proper legend stuff.

“He keeps driving to be better, the work the fella puts in is incredible and I’m delighted for him, (there is) no better man.”

Murray is one of seven Ireland internationals on duty with the Lions, while Johnny Sexton, Keith Earls and Cian Healy are sitting out the summer Tests against Japan on Saturday and the United States the following weekend.

O’Mahony, who was sent off in the Six Nations opener against Wales, which led to a three-match ban and restricted him to just 16 minutes in their final match against England, insisted he had no intention of resting.

The 31-year-old flanker said: “I didn’t play a huge amount of rugby in the Six Nations so I was delighted to be selected and given another chance to play in an Irish jersey.

“I’m sure those guys, it’s a good call from their part, but I’m sure there’s parts of them that want to be here. The nature of the beast is you want to be playing and this is a special place, being in camp is incredibly enjoyable.

“Those guys always lead the charge in regard to driving the enjoyment in camp. It’s good for them to get a rest, 100 per cent. We’ve got to look after our bodies, put a bit longer on them which is no harm.”

Ireland have beaten Japan in seven of their eight past encounters, but it was the Brave Blossoms who memorably prevailed 19-12 when they last met in the 2019 World Cup pool stage at the Shizuoka Stadium in Fukuroi.

Joe Schmidt left his coaching post at the end of that campaign, with Andy Farrell taking the reins, while O’Mahony is just one of five players who could take the field this weekend who started the game against Japan in Fukuroi.

Hugo Keenan admitted the shock defeat had been mentioned among the 37-strong squad, which contains 12 uncapped players, but he insisted it will have little bearing on this weekend’s clash at the Aviva Stadium.

The Leinster back said: “It’s been touched on. We said it’s a lot of different players are involved at the moment, but we do have a responsibility, as a collective, to bounce back and right the wrongs of that game.

“At the same time, it’s a new group in, new coaching staff – well, slightly altered, anyway. We’re not going to get overworked on it, we’ve got a lot of other motivations and things to be worrying about as well.”