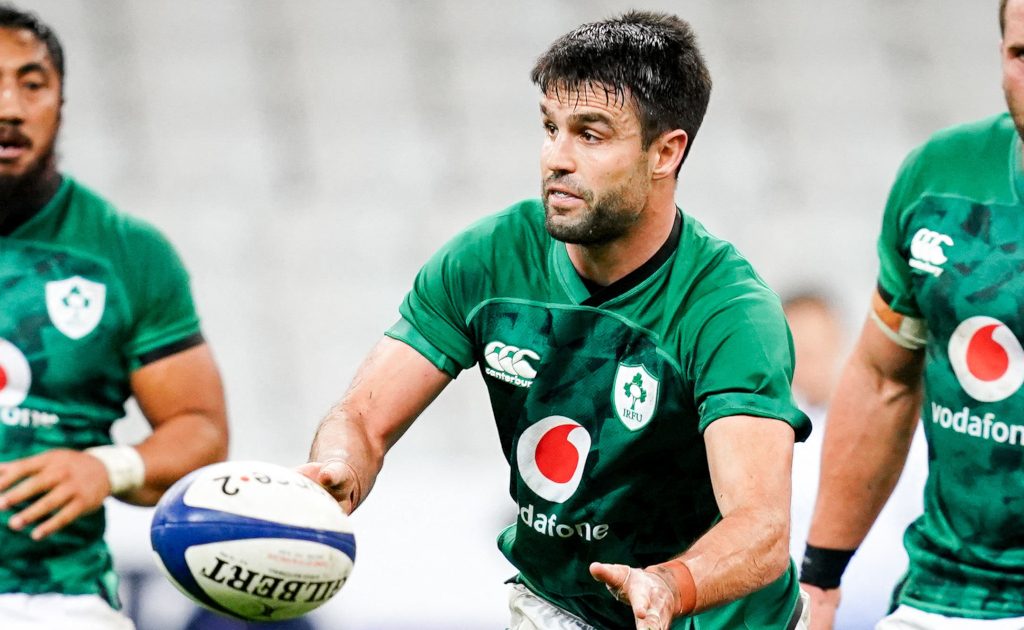 Veteran Conor Murray is happy in the Ireland squad but wants to reclaim his starting place when the side travels to New Zealand for a three-match series in July.

Murray’s spot as Ireland‘s first choice scrum-half has been taken by Jamison Gibson-Park, who had a sublime Six Nations at the base for his team.

Looking to fight for his place

But the experienced Munster star is “driven” to work hard and claim his spot back despite Gibson-Park’s purple patch on the international stage.

“It takes a bit of adjustment for sure, when you’re used to starting for a good while,” Murray told the Irish Mirror.

“That’s definitely still the aim. I just want to be playing as well as I can.

Murray came off the bench to score the bonus point try against Scotland in his 96th appearance but he wants more.

“I’m driven to being as good as I can be. I feel like I’ve a lot to offer.

“Wherever the chips fall, they’ll fall. If you’re not starting you need to be the best you can possibly be, to try and be world-class when you come on.

“I’m happy with the last couple of weeks. It’s what I’m expected to do.

“I want to come on and be as good as I can be, and that’s not spoofing or trying to give you a line.

“Craig’s been flying it and you need to be on top of your game.

“You need to offer something, not try and go off on your own boat – you want to contribute to this thing we’ve got going on.”

Having played under multiple national coaches, Murray credits Ireland boss Andy Farrell for the team’s progress and positive mood in the camp.

“It’s just a great place to be, a really good environment that Andy and the coaches have created where we just get better and keep pushing each other,” he said, echoing Peter O’Mahony’s earlier claim that it is the best he has experienced at Test level.

“The key to it is probably Andy at the helm. It’s very easy to be yourself in here.

“I’m obviously experienced and we’ve had great campaigns with different coaches and I don’t want to compare.

“But he’s created this environment where there’s no silly questions, everyone’s trying to learn and get better and are really, really open with each other.

“That just helps the group and the way we’re trying to play.

“It’s a really good atmosphere to grow in. You‘ve got young players and older players, it’s the same for everyone.”

Murray predicts a tough trip to New Zealand, where they have never won, but claims Ireland are only looking within and the focus remains on how good they can be.

“I haven’t thought about winning on New Zealand soil for the first time. This group is very much looking at ourselves and how good we can be,” he said.

“But we’ll definitely start looking at that. The club season has a little bit more to go, and that’s really exciting too.

“I’ve been down there a couple of times and it’s a tough place to go, but no better group that I’d like to travel with, all going well. It’s great.”