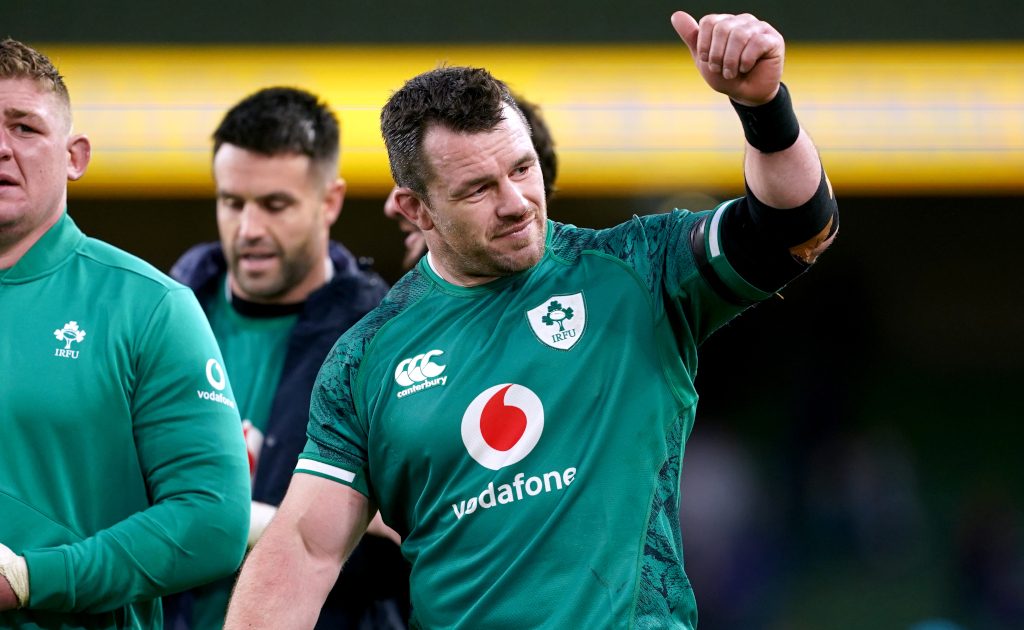 After switching from tighthead to loosehead, Andrew Porter has become the first choice player in that jersey, forming a potent front-row unit alongside Ronan Kelleher and Tadhg Furlong.

Kelleher’s injury broke up that combination before Porter then went down to leave the Irish without that duo for the rest of the competition.

It has, however, opened up an opportunity for other players, with Healy and Dave Kilcoyne vying for the place at loosehead.

On the bench against Wales and France

Healy was named on the bench for the games with Wales and France, while Kilcoyne was in the squad for the match against Italy.

Selection is therefore up in the air and the Leinsterman admits that it will be a good contest between him and the Munster prop in training.

“I’m in a spicy battle now with Killer (Kilcoyne) for the week,” he told reporters.

“Both of us have been in and out in training, and you back each other in that role, getting on top of plays, ‘where should we be?’ and ‘this is what we should be doing’ and we’ve been working really well on that because we obviously get less reps than the starting team would get so we’ve been shouldering the burden on each other a bit, and I think we’ve been doing that really well.

“It’s going to be a nice week for us to get going.”

Healy is fourth on the all-time cap holders for Ireland with 114 and, having signed a deal to keep him in the country until 2024, he could well get close to Brian O’Driscoll’s record of 133.

The prop has shown remarkable durability but he has also worked hard in training to keep himself fit.

“Yeah, I love that side of it,” Healy said. “There’s something where you just kind of disappear and work on a few things for a while.

“It’s kind of like a few personal feel-goods, personal gains, and it benefits you for your sports.

“It is an easy enough thing to do, to set aside a little bit of time to work on A, B or C. You’re sitting on your phone in the evening, looking at the TV, I’d be looking up different recovery strategies, different rehab strategies and not just on Twitter and Instagram for the night.”

Despite remaining in the international fold, it has been a different type of season for the experienced prop, who has had fewer minutes on the field.

Porter has taken the loosehead jersey from the 34-year-old and impressed, leaving Healy to very much play second fiddle.

“I struggled with it in November and I was getting a bit pissed off with coming on a bit later and stuff,” he added.

“But it’s probably from the structure at Leinster and understanding at Leinster that you’re probably going to get 50:30 (minutes) and that’s literally week-in, week-out. I had probably expectations of that instead of going in fairly open-minded about it.

“It was a hard-enough sit-down but I enjoyed the process of ironing it out and coming to a decision on how I’m approaching it and I think it’s done me fairly well so far, since then.”

READ MORE: Ulster back on top in the United Rugby Championship after thrashing Cardiff