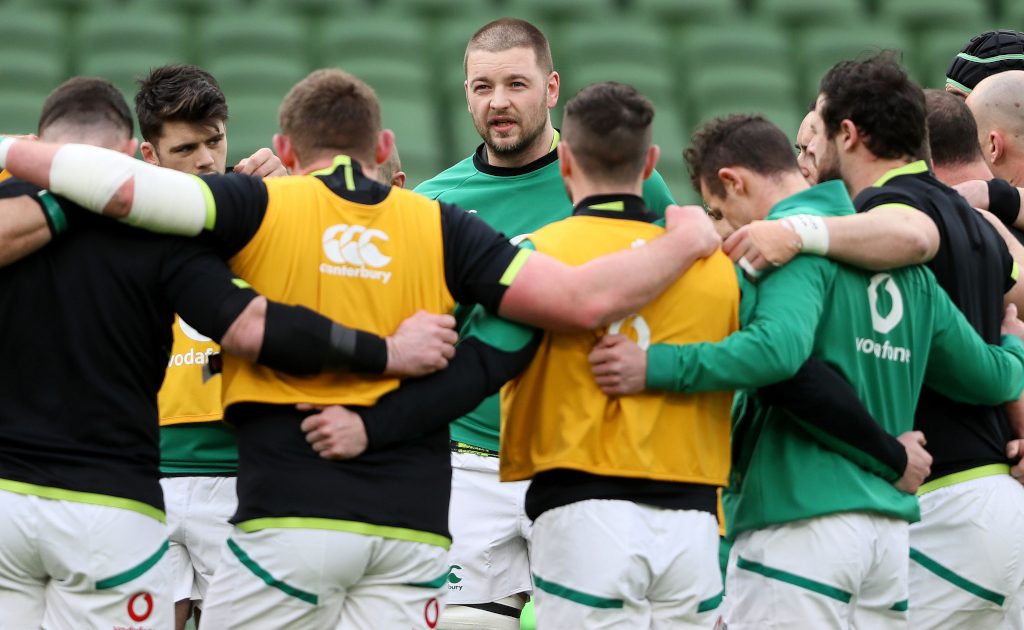 Ireland head coach Andy Farrell has made one change to his starting XV that will take on New Zealand in their Autumn Nations Series clash in Dublin on Saturday.

That alteration comes in the pack with Iain Henderson starting alongside James Ryan in the engine room while the front-row of Andrew Porter, Ronan Kelleher and Tadgh Furlong is retained.

Gibson-Park will be one of three Ireland players facing their native country alongside wing James Lowe and centre Bundee Aki.

The returning Henderson has made just one appearance for his province following his summer involvement with Warren Gatland’s Lions and played the final 23 minutes against Japan from the bench.

He will be the sole non-Leinster player in the Irish pack.

Munster wing Andrew Conway continues on the right following his hat-trick last time out, with Lowe on the left and full-back Hugo Keenan starting a 15th successive game for Ireland.

Aki, whose only previous appearance against New Zealand was Ireland’s 16-9 win in November 2018, partners Garry Ringrose in midfield.

That Dublin victory in 2018 was the first time Ireland had beaten the Kiwis on home soil and followed a historic maiden success over their opponents in 2016 in Chicago.

However, the three-time world champions have lost just two of the previous 32 meetings between the nations and emphatically ended Ireland’s 2019 World Cup hopes with a thumping 46-14 quarter-final triumph in Tokyo.

Ian Foster’s free-scoring visitors top the current world rankings and set a new world record for the number of points scored in a calendar year – 675 – after a second-string line-up defeated Italy 47-9 last weekend in Rome.