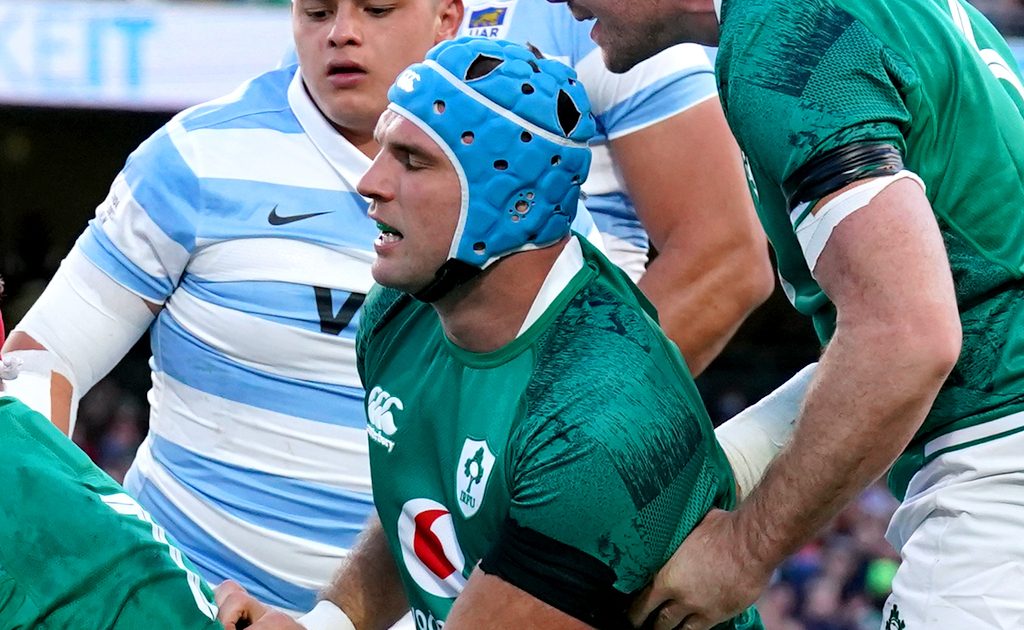 Ireland second-row Tadhg Beirne has reflected on a whirlwind year that’s seen him become a firm fixture in the squad and also a British & Irish Lion.

The versatile Munster forward was one of the try scorers in Ireland’s 53-7 victory over Argentina on Sunday, capping a strong international campaign in style.

Beirne, 29, went 12 months without playing for his country after the 2019 World Cup before returning late last year and then earning a call-up for the Lions.

“It’s been an incredible experience – I take each week as it comes but probably this time last year I wasn’t in favour in terms of the Irish squad,” he said.

“To go from there to be a Test Lion is a massive step.

“It’s been a very successful few months for me on a personal level but on a team level we didn’t get what we wanted – Ireland in the Six Nations or with the Lions.

“There is disappointment in there as well but I guess that’s sport.

“From a personal point of view, it’s been incredibly enjoyable, I wouldn’t change anything.

“I’ve enjoyed every minute of it and long may it continue.”

Beirne made two substitute appearances as the Lions suffered a 2-1 series loss to the Springboks, having helped Ireland to third-placed finishes in the rescheduled 2020 Six Nations and the 2021 tournament.

The forward was promoted to Andy Farrell’s starting XV against Los Pumas after injuries forced Jack Conan and Iain Henderson to withdraw ahead of kick-off.

He was perhaps at fault for the visitors’ early try but recovered with a trademark second-row display, culminating in the final score of the afternoon.

Victory for Ireland was an eighth in succession, with Beirne singing the praises of head coach Farrell and his backroom team.

“I’m learning as I’m going and trying to do what’s asked of me week in, week out,” said Beirne.

“If I can do that then it means I can continue to put my hand up for selection.

“I’m certainly learning a lot from the coaches in here. They’ve done an exceptional job and I’m really enjoying it at the moment.

“The more I’m willing to learn, the better player I can become and that’s the main focus at the moment.”

While Beirne has produced a string of standout performances across the calendar year, strong player depth means he is still not guaranteed a starting spot.

Moving on to the 2022 Six Nations, he relishes competition from the likes of locks James Ryan and Henderson, and back-rowers Conan, Josh van der Flier, Caelan Doris and Peter O’Mahony.

“It certainly makes you work that bit harder, for sure,” he said.

“I’m always working towards getting a start in the jersey and there’s serious competition I’m coming up against and we’re all fighting for that jersey.

“It only means that we are making each other better players by competing against each other and it’s great to have that competition within the team.”