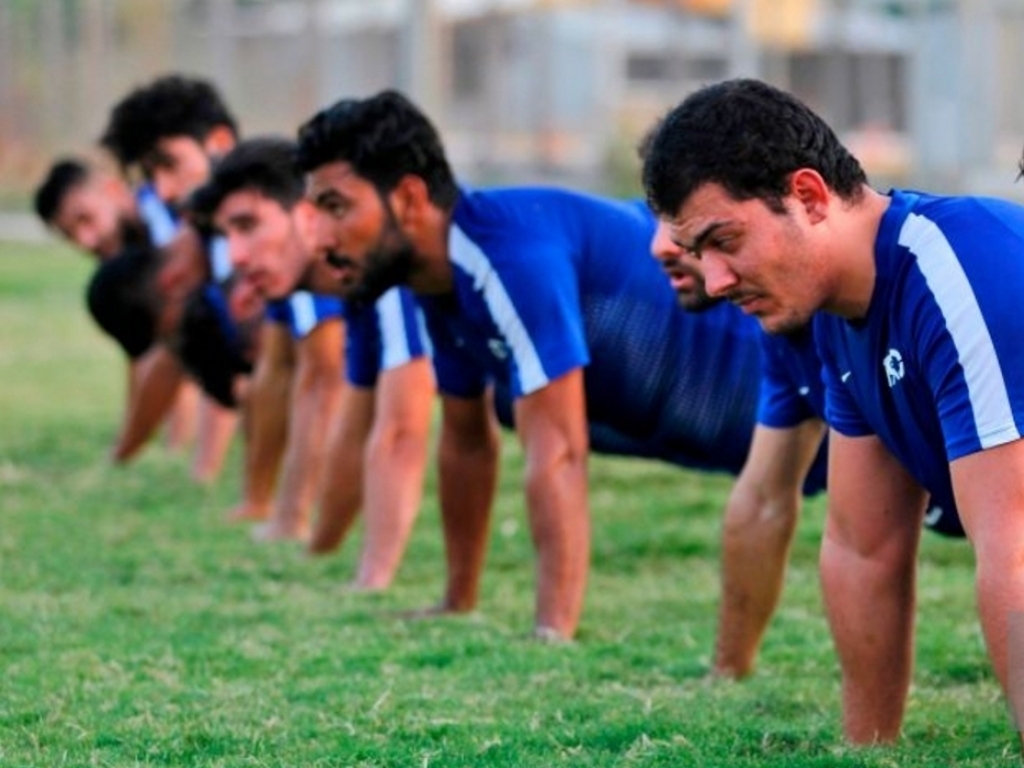 Mustafa Abed Hassan, the captain of Iraq’s new national rugby team, is immensely proud to skipper the country in their first international tournament.

Iraq will take part in the Arab Rugby Sevens Championship in Jordan this weekend and are in a group with the UAE.

Many of the squad’s players quit their jobs to prepare for the competition, training six days per week at the University of Baghdad.

“I can’t describe how it feels to have the chance to represent my country in an international game, to represent Iraq,” Mustafa Abed Hassan, the captain told thenational.ae.

“I am very proud to be a rugby player. I have been playing for one year, and it has become very important to me. I love this game.”

The team was founded by Ahmed Qassem, now the first president of the Iraq Rugby Union.

“I started the idea of establishing a sports union to spread and develop the rugby game in Iraq,” Qassem said. “It was dream I had for a long time, because of my passion and love for this beautiful game.”

Qassem believes the country could be a “fertile ground” for developing rugby and says that as many as 24 sports clubs, from different provinces of Iraq, have shown an interest in joining the union.

“The journey will be long to spread rugby in Iraq in a way that satisfies our ambitions,” he said. “We need technical support from international organisations that are interested in rugby for the purposes of training our young players to a high level.”

The UAE Rugby Federation secretary general  Qais Al Dhalai says the game is “on the rise” among Arab nationals.

“Going from four teams in the first edition in El Gouna [in Egypt] to five teams in Marrakech, and now an unprecedented eight teams in Amman is just incredible,” Al Dhalai said.

The all-Emirati UAE team are pooled with Iraq, Libya and Jordan. UAE team manager Mohammed Shaker feels his side can do well

“We are confident our players will put forward a very strong challenge and produce the winning results,” Shaker said.