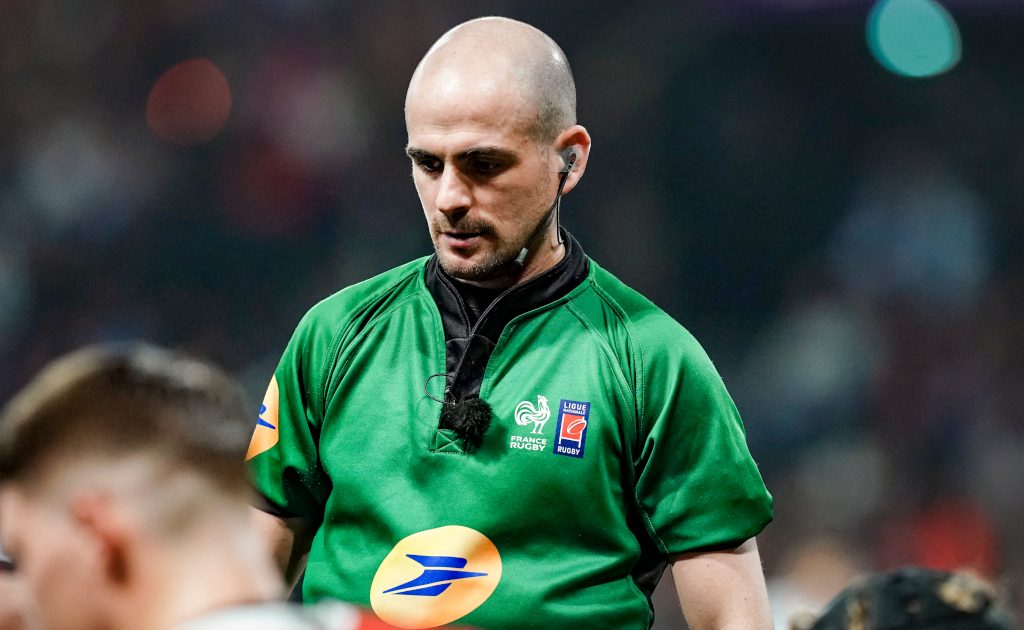 Top 14 referee Alexandre Ruiz will hang up his whistle after this season and join Montpellier as their defence coach, according to reports in France.

Midi Olympique are claiming that Ruiz, who has taken charge of several international matches, will sign a two-year deal to be part of Philippe Saint-Andre’s coaching staff.

He will join Olivier Azam, Jean-Baptiste Elissalde and Bruce Reihana in the backroom team as MHR look to get back to the top tier of the French game.

They struggled in the first half of this season and were in a relegation battle before Saint-Andre took over coaching duties and guided them to safety.

They will look to take that momentum into the 2021/22 campaign and are set to hire Ruiz in an attempt to improve their discipline and defence.

The 34-year-old does have experience of coaching after helping out at Sete and Cognac but will now take on the position full-time.