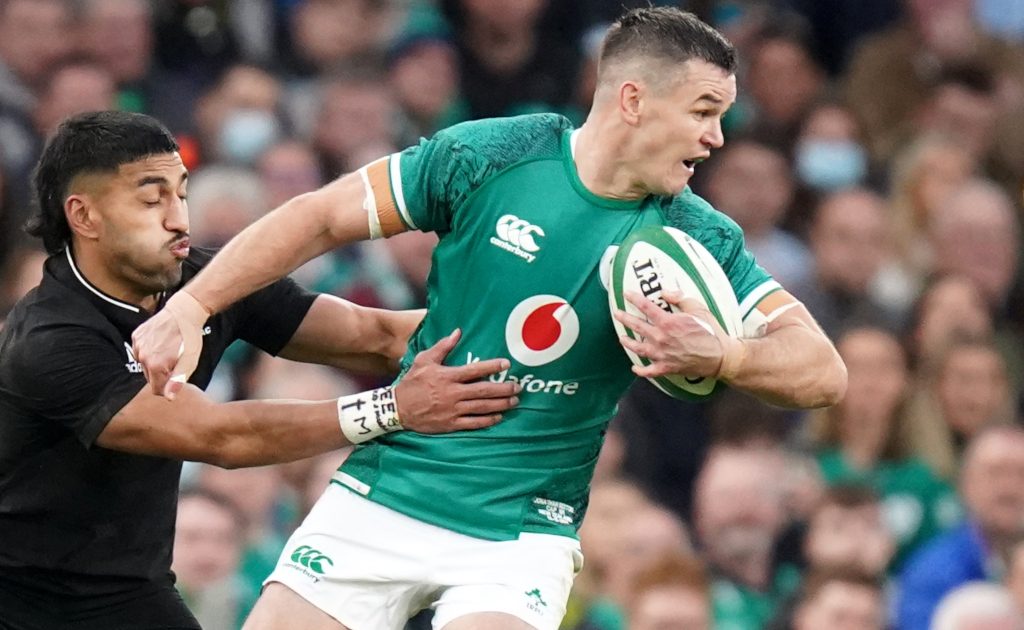 Ireland captain Johnny Sexton will miss this weekend’s game against Argentina after injuring his knee and ankle against New Zealand.

Sexton was in evident discomfort when he stayed down following a tackle during their victory over the All Blacks on Saturday.

The 36-year-old will remain with the squad, despite Connacht’s Jack Carty being called up as his replacement.

“Captain Johnny Sexton twisted a knee and ankle against New Zealand at the weekend which will rule him out of action for between four to six weeks,” read a statement from the Irish Rugby Football Union.

Sexton, who won his 100th international cap in the 60-5 win over Japan on November 6, left the Aviva Stadium field 15 minutes from time against the Kiwis.

Replacement Joey Carbery kicked three crucial late penalties to secure a momentous victory and is expected to start against Los Pumas this weekend.

Carty, who won the last of his 10 caps at the 2019 World Cup, and Harry Byrne are the other number 10 options available to head coach Farrell.

Try-scoring James Lowe was beaming with delight after he helped Ireland defeat his native New Zealand 29-20 in their Autumn Nations Series clash in Dublin.

Lowe, who has played for the Chiefs and Maori All Blacks in the past, qualified for Ireland late last year on residency and played a key role in Saturday’s win.

“We put in a performance against the world’s best and came out on top,” he said.

“I feel like people will be now like, ‘s**t, that’s not the Ireland of old, the box-kick Ireland’ – it’s playing off the cuff, pretty tight shapes, make defenders make decisions.

“It’s huge and it’s what we want to carry on doing.”