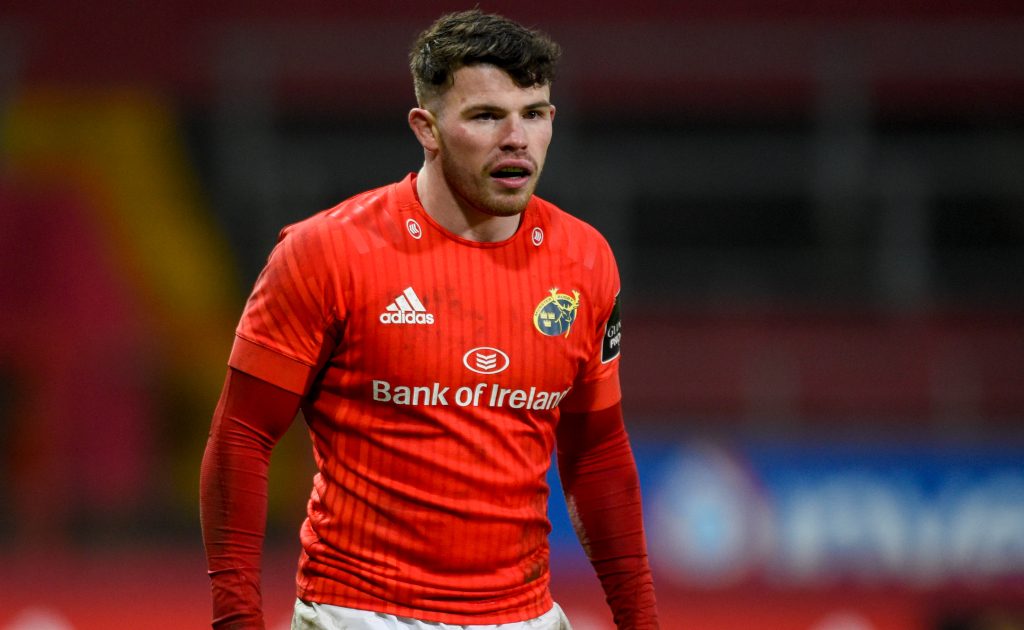 A ‘weakened’ Munster outfit produced a stunning display to overcome the Scarlets 43-13 and maintain their perfect start to the campaign.

Despite making a number of changes to their line-up, the Irish province were in outstanding form, going 22-13 ahead via Jack O’Sullivan, Liam Coombes and Calvin Nash tries, before they increased their advantage in the second half.

Jeremy Loughman, Coombes and Chris Cloete all went over to complete a comprehensive triumph against the disappointing Welsh region.

The Scarlets did reduce the arrears to four points at one stage through Johnny McNicholl’s effort and a pair of Sam Costelow penalties but they were ultimately outplayed by the visitors.

Munster took a third-minute lead with a try from number eight O’Sullivan. An excellent kick from Ben Healy secured his side a platform in the home 22 from where O’Sullivan ran a clever line before taking Neil Cronin’s pass and evading Ken Owens’ tackle to score.

Costelow squandered a chance to put Scarlets on the scoreboard by missing a 30-metre kick before Healy extended Munster’s lead with a straightforward penalty.

The home side looked to have responded in style when Steff Evans finished off a flowing three-quarter move but TMO replays showed an earlier knock-on from Scarlets.

However, they did get their first points from a Costelow penalty but the hosts still trailed 7-3 at the end of the first quarter despite having the advantage of a keen breeze.

Munster added to Scarlets’ problems by scoring an excellent second try when Nash powered past a week tackle from Steff Evans to provide Coombes with an easy run-in.

Scarlets suffered another blow when centre Scott Williams departed with an injury to be replaced by Johnny Williams.

The hosts looked in trouble but they responded with their first try when a kick bounced favourably for Costelow to collect. The fly-half then kicked ahead for McNicholl to easily win the race to touchdown.

Costelow converted and added a penalty but, just before the interval, Nash raced over to give the Irish a 22-13 half-time lead.

Four minutes after the restart, Munster scored their bonus-point try when Loughman forced his way over from close range.

Scarlets rang the changes but it made no difference as Coombes scored his second and Cloete Munster’s sixth as the home defence became ever more porous to complete an embarrassing afternoon for the Scarlets.