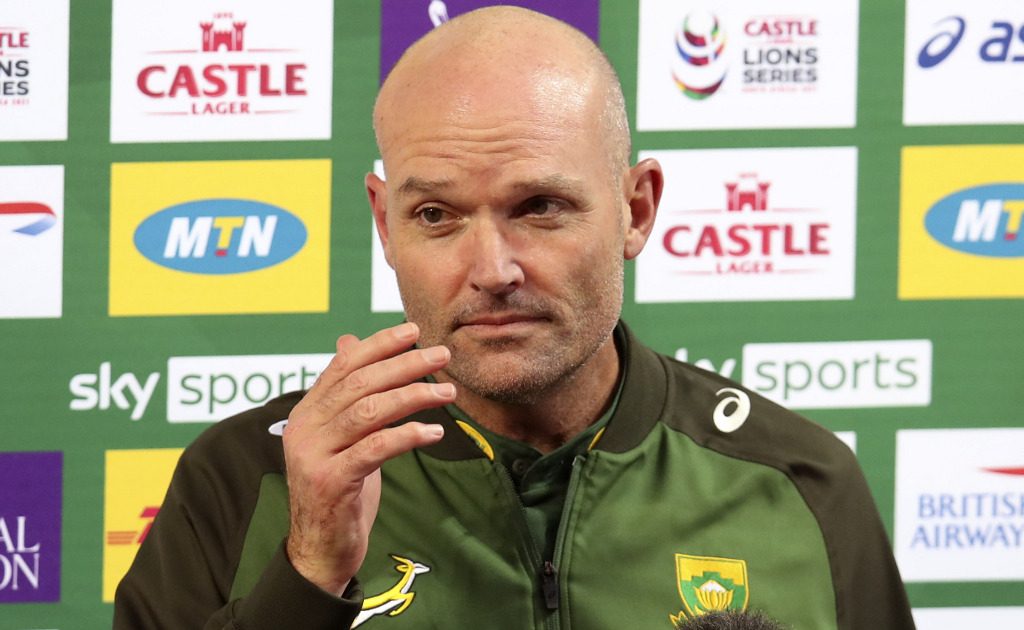 Springbok head coach Jacques Nienaber singled out ill-discipline as the main factor behind South Africa’s defeat against Australia in their Rugby Championship encounter on the Gold Coast on Sunday.

The Springboks outscored Australia by three tries to one at CBUS Super Stadium, but despite this they trailed 19-11 at the break and went down 28-26 at the death as Wallabies fly-half Quade Cooper kicked his seventh penalty goal shortly after the final hooter had sounded to snatch a victory for his team.

The Boks conceded 11 penalties – seven of which were in range for Cooper, which he duly converted into points – while they also had to play for 20 minutes with only 14 players after Siya Kolisi and Willie le Roux were yellow carded.

“Poor discipline cost us – 23 points off the kicking tee (for the Wallabies) summed it up,” said Nienaber, who added that there were defining moments in the match, but it was the last 20 minutes that proved to be the most decisive in the result.

“In the first 20 minutes, I thought we dominated and had control over the game, and we were unable to do this in the last 20 minutes.

“We did well to come back late in the game and then we lost the match because we conceded a penalty. That said, Australia played well and they deserved the win.”

Nienaber said another contributing factor to the defeat was missing out on a few crucial point-scoring chances. Apart from two tries going begging, the Bok kickers also missed four out of their eight shots at goal.

“Without taking anything away from Australia, I don’t think we were great today,” Nienaber said after the match.

“There were opportunities for us to score two more tries and we didn’t finish them. It was not a polished performance. We’ll have a look at the game, and we’ll have to fix those things and improve our discipline.”

Springbok captain Kolisi was equally honest in his assessment of the defeat and said they would not make excuses for the result after he was asked if being in quarantine for two weeks had any effects on the Boks.

“We’ll never use not being ready as an excuse – when we step onto the field, we have to be ready,” said Kolisi.

“I thought we prepared well this week, but our discipline wasn’t good. The Wallabies played well. This is a hard place to come and win.

“We didn’t play the way we wanted to on the day, and their plan worked better than ours in certain areas.”