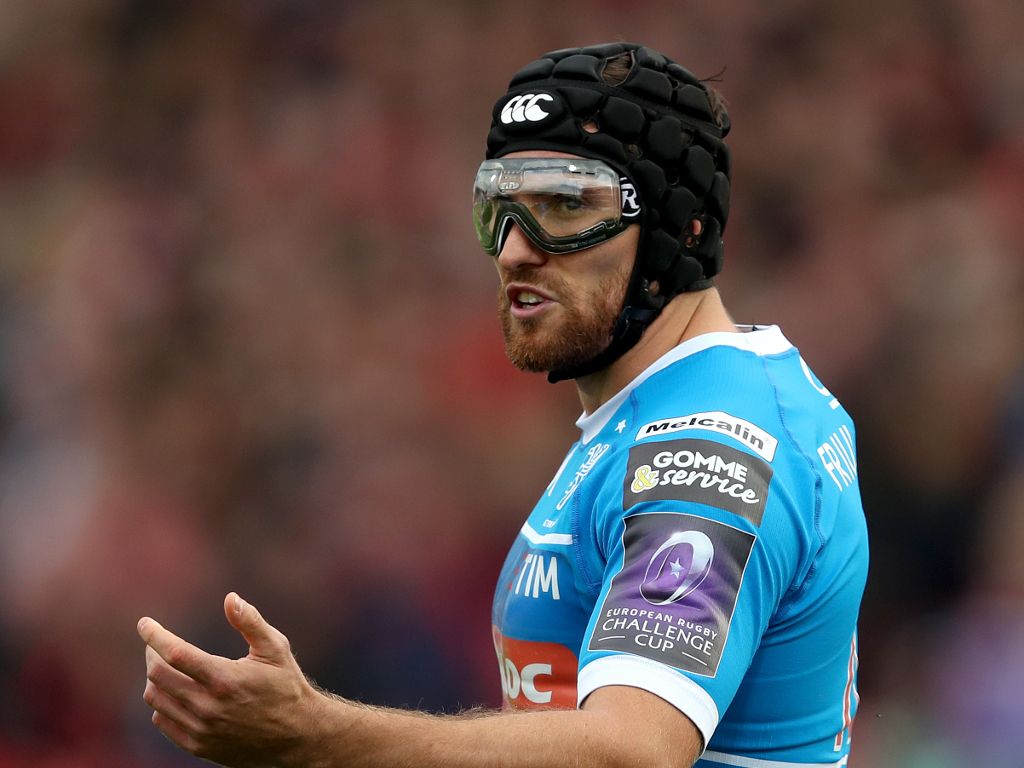 Five PRO14 games take place on Saturday with Benetton versus Edinburgh the big match before Dragons take on Ulster at Rodney Parade on Sunday.

Connacht have been boosted by the return of Ultan Dillane, Quinn Roux, Tom Farrell and Caolin Blade from international duty to face Ospreys.

Dillane and Roux continue their second-row partnership that started the Six Nations game against Italy last weekend. They join a front five that includes props Denis Buckley and Finlay Bealham with Shane Delahunt coming in at hooker.

The back-row remains unchanged from the game against Glasgow, with captain Jarrad Butler starting at number eight and Eoin McKeon and Colby Fainga’a at blindside and openside respectively.

Kieran Marmion starts his second game in a row at scrum-half after returning from injury. He forms a half-back partnership with Kyle Godwin who comes in at fly-half.

In the midfield Peter Robb gets his first start of the season after impressing off the bench last time out. He is joined in the centre by the returning Tom Farrell.

The back three is unchanged with Stephen Fitzgerald and Matt Healy on the wings and Tiernan O’Halloran at full back.

Meanwhile, Ospreys have named James Hook at inside centre in the only change to their starting XV. He replaces Tiaan Thomas-Wheeler at 12.

Ospreys come into this game on the back of a 19-13 home defeat to Munster and face a daunting task at the Sportsground this weekend.

Benetton head coach Kieran Crowley has made three alterations to his starting line-up for this encounter, after last weekend’s demolition of Dragons.

The home side have been boosted by the return of fly-half Ian McKinley, who came on as a replacement for Italy in their Six Nations clash against Ireland in Rome on Sunday.

McKinley starts at fly-half for Benetton and replaces Antonio Rizzi, who drops down to the bench, while Marco Zanon comes in for Tommaso Benvenuti in the other back-line change.

The only other alteration sees Nicola Quaglio taking over from Derrick Appiah at loosehead prop. 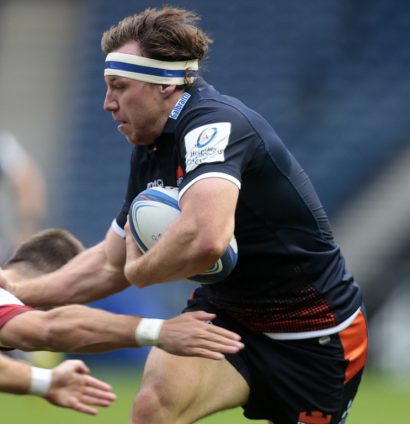 Meanwhile, Scotland internationalists Hamish Watson and WP Nel return from injury to feature in the starting line-up for Edinburgh.

The duo are joined in the starting XV by scrum-half Henry Pyrgos – who captains the side – and centre Chris Dean, with both players missing out on last weekend’s encounter against Cardiff Blues at Murrayfield due to international selection.

Club centurion Tom Brown is named at full-back and Ally Miller is selected at number eight, while influential pairing Duhan van der Merwe and Viliame Mata miss out on the trip to Treviso through injury.

Dean once again links up with James Johnstone in a centre pairing that has produced 40 points so far this season, while Pyrgos returns to partner fly-half Jaco van der Walt at half-back.

David Cherry is once again selected at hooker and packs down alongside Pierre Schoeman and returning 27-times capped tighthead prop Nel in the front-row.

Elsewhere, Scotland internationalist Ben Toolis is named among the replacements after featuring from the bench against France in last weekend’s Six Nations Test in Paris.

Scarlets outside centre Kieron Fonotia will lead the Welsh region for the first time when they face Munster at Parc y Scarlets.

The Samoa international takes over the captaincy from Jake Ball and skippers a side showing just one change from the team that saw off the Cheetahs 43-21 in Llanelli last Sunday.

Patchell and Evans are named among the replacements.

With five matches remaining in the regular PRO14 season, the Scarlets sit fifth in the Conference B standings, but just five points separate second from fifth. 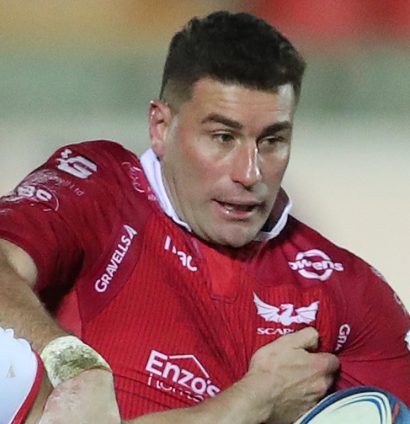 Meanwhile, Billy Holland captains Munster with seven changes to the side that defeated Ospreys last Friday.

Centre Rory Scannell returns to the starting XV for his 100th Munster appearance and will become the youngest ever player to reach that landmark having turned 25 in December.

It’s all change in the half-backs with Alby Mathewson and Bill Johnston coming into the side. The final addition to the backline sees Ronan O’Mahony named on the right wing.

John Ryan returns from international duty to start at tighthead prop, Jean Kleyn has recovered from illness to start in the second-row and Conor Oliver is named in the back-row.

Mike Haley starts at full-back with O’Mahony and Darren Sweetnam named on either flank.

Scannell is partnered by Dan Goggin in the centres with Mathewson and Johnston at scrum-half and fly-half respectively.

Jeremy Loughman, Rhys Marshall and Ryan pack down in the front-row with Kleyn and captain Holland in the engine room.

Fineen Wycherley, Oliver and Arno Botha start in the back-row.

Zebra have made seven alterations to their run-on side for this clash at Stadio Sergio Lanfranchi in Parma.

In the back-row, Renato Giammarioli starts at number eight with Jacopo Bianchi dropping down to the bench. Jimmy Tuivaiti comes in on the openside flank which means James Brown, who did duty there in last weekend’s loss to Ulster, shifts to the blindside flank where he replaces Apisai Tauyavuca.

There are also two new locks with David Sisi and Samuele Ortis taking over from George Biagi and Leonard Krumov, while Roberto Tenga comes in for Eduardo Bello at loosehead prop.

Meanwhile, full-back Ruairdh Jackson will play his 150th game for Glasgow Warriors in this fixture against the Italian outfit.

The 31-year-old made his Warriors debut in 2008 and re-joined the club in 2017 following a spell in the English Premiership.

He becomes the 12th player to reach the milestone. Ryan Wilson, Chris Fusaro and Pete Horne have also played their 150th games for Glasgow Warriors this season. 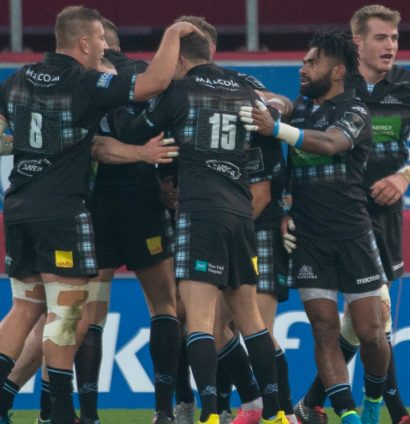 Robbie Nairn scored a brace of tries against Connacht last weekend and is rewarded with a place in the starting line-up this Saturday joining Jackson in the back three. Rory Hughes starts on the opposite wing.

Kyle Steyn shifts from wing to centre to partner Stafford McDowall. Adam Hastings returns from Scotland duty to start at fly-half with Nick Frisby inside of him.

Zander Fagerson also returns from international duty and starts alongside Oli Kebble and George Turner in the front-row. Matt Fagerson is brought into the starting XV and he packs down with the experience of Rob Harley and Chris Fusaro either side of him.

In front of them, Tim Swinson and Scott Cummings continue their second-row partnership.

On the bench, Alex Allan makes it three players involved who also played for Scotland in Paris last Saturday.

Jason Harries will make his first start since December as Cardiff Blues welcome Southern Kings to the Arms Park for the first time on Saturday.

The former Wales Sevens star made his return to action from a foot injury as a replacement in last week’s clash against Edinburgh, crossing for two tries to inspire the Blues to a dramatic comeback against his former side.

Head coach John Mulvihill has made a total of five changes for Saturday’s crucial PRO14 encounter. With Harries returning to the wing, last week’s man-of-the-match, Aled Summerhill, pulls on the number 15 jersey after impressing when he switched to full-back in Scotland.

The other change in the backs sees Harri Millard return to partner Willis Halaholo in midfield, while Jarrod Evans is once again released from international duty to line-up at outside half.

Brad Thyer and Scott Andrews are re-introduced to the front-row to pack down alongside hooker Liam Belcher, who has impressed in recent weeks, while Macauley Cook is given the nod to partner George Earle in the second-row.

Meanwhile, Andisa Ntsila will start in the number eight jersey for the Kings in the last of three tour matches for the team.

Following the concussion to Ruaan Lerm, who had started the previous two matches, in last week’s match against defending champions Leinster, the 25-year-old Ntsila will earn his eighth starting berth of the 2018/19 season.

Team doctor, Gershwin Kortje, confirmed Lerm’s unavailability for the match while confirming that lock, Stephan Greeff – who had also left the field against Leinster with a concussion – was fit for his selection on the bench.

Ntsila will partner with the hard-tackling duo of Henry “Bakkies” Brown and Martinus “Tienie” Burger in the back-row.

Captain, JC Astle, who was originally selected on the bench last week but came on early following Greeff’s concussion, will also return to lead the side alongside Dries van Schalkwyk in the second-row.

Centre Tertius Kruger also makes a return to the starting XV, in the only backline change that sees Berton Klaasen starting on the bench this week. Kruger will form a familiar midfield pairing with Meli Rokoua. 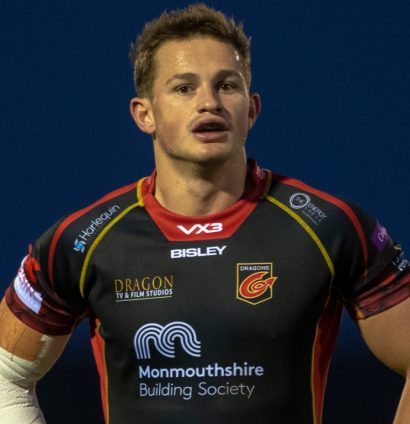 Wales wing Hallam Amos returns to the starting line-up for Dragons as they face Ulster at Rodney Parade on Sunday.

Amos is one of nine changes as Dragons head coach Ceri Jones looks to secure a victory in the final game of the season in Newport.

A new-look back-line sees Josh Lewis return at fly-half while Jordan Williams is named at full-back and Dafydd Howells will play on the wing. The midfield will see Jarryd Sage and Adam Warren join forces.

A changed bench includes Leon Brown, after his release from the Welsh national squad, while Josh Reynolds, Lennon Greggains and Max Williams and fit-again Tavis Knoyle are all named.

For Ulster, back-row forward Sean Reidy will earn his 100th cap for the province in this encounter.

Reidy, who made his debut versus the same opposition at Kingspan Stadium in November 2014, has been named to start at blindside flanker. He will be joined in the back-row by Nick Timoney and Jordi Murphy, who is one of just three changes from the side that secured a 54-7 bonus point win versus Zebre last week.

The other two changes to the starting XV are at half-back, with Murphy’s international team-mate scrum-half John Cooney also released from Ireland duty, while Billy Burns returns to start at fly-half.

Alan O’Connor will continue to captain the side from the second-row, where he is once again paired with Kieran Treadwell. Rob Herring, who scored three tries in a man of the match performance last weekend, retains his place at hooker, with props Eric O’Sullivan and Marty Moore completing the front five.

The familiar duo of Stuart McCloskey and Darren Cave combine in midfield, while Rob Lyttle, Robert Baloucoune and Louis Ludik will provide a mixture of flair, raw pace and composure in the back three.