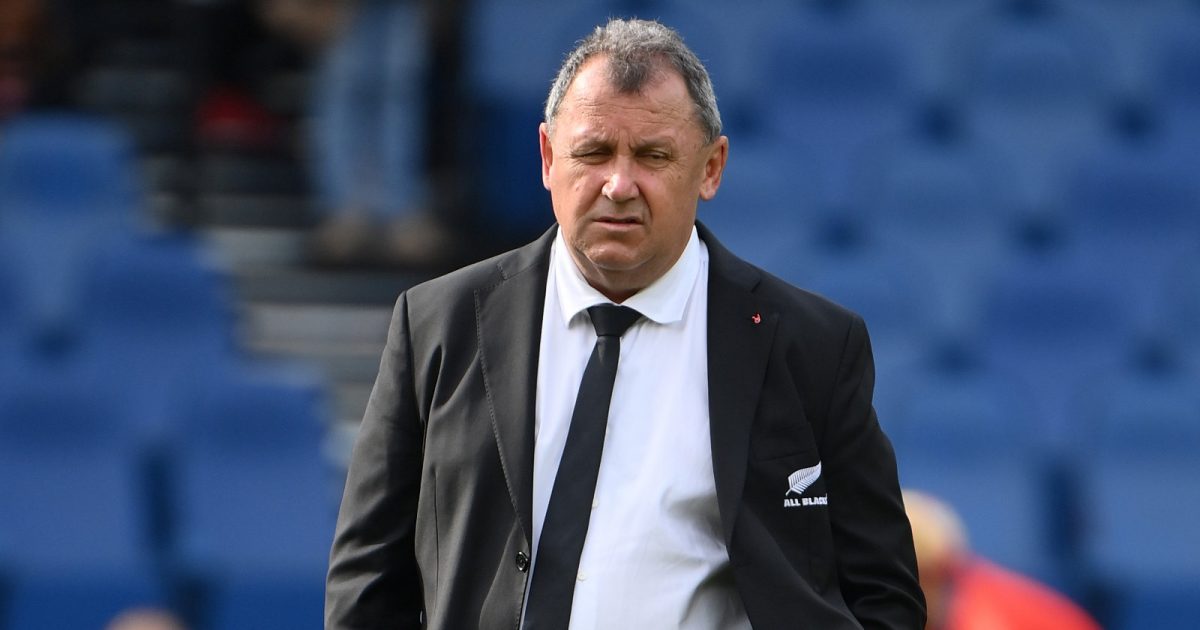 All Blacks head coach Ian Foster says his “wounded” team want to make New Zealanders proud when they travel to South Africa for the first two Tests of their Rugby Championship campaign.

Foster’s side has been under tremendous pressure from fans and media alike after losing their July series against Ireland, which resulted in the All Blacks slumping to fourth in the World Rankings, their lowest in history.

Changes in the coaching team

After a review, the All Blacks made changes to their coaching staff that saw Brad Mooar and John Plumtree removed from their roles as assistant coaches, with Jason Ryan being drafted in from the Crusaders to take on the forwards coaching role.

Speaking on the Breakdown, Foster was adamant that the situation would improve and that his side needed to connect the dots faster.

“We’re a wounded All Blacks team. We’ve got a job to do over there in South Africa and we actually want to play a game New Zealanders are proud of,” he said defiantly.

“It’s not the first time we’ve been slow starters in July. I hate saying that, but it is reality. We’ve got to speed up the gains we want and I don’t think we are that far away.

“We’re connecting the dots but we’ve got to do it quicker. There are a couple of Achilles heels in our game that we thought we had dealt with in the Irish series but they came back to bite us in that third Test. We’ve got to sort those things out and if we can, I have utter belief in the direction this group is going.”

Foster looked ahead to the Rugby Championship and said it is key for his players to move away from feeling oppressed by the recent “tension”.

“We have the Rugby Championship now and we’re getting stuck into our work. We’ve got to get away from feeling oppressed by all the tension,” he admitted. “We understand that people are frustrated but, at the end of the day, that (the negativity) doesn’t help us.

“We need clear heads, a desire to go and play, and fundamentally start doing the things we know we’re good at.”

There has been a strong perception that Foster has lost his players’ support, but the coach put those rumours to bed and said the group is ready to right the ship.

“That’s one of the questions that I got them to talk about without me being in the room. There have been a lot of people putting me under pressure for a long, long time so in many ways, and this is not new to the group,” he added.

“But part of my job is to go back and get an honest appraisal out of them about how I’m going and getting the belief factor. I’ve had it loud and clear from them, but I also know with that comes a massive responsibility. That’s only one variable.

“I believe I’ve got the group; now I’ve got to deliver the plan. Part of the changes we’ve made are about making sure I’m not taking for granted their belief in the direction I’m heading, but I’m also listening to them and making the changes we all feel we need for this team.”