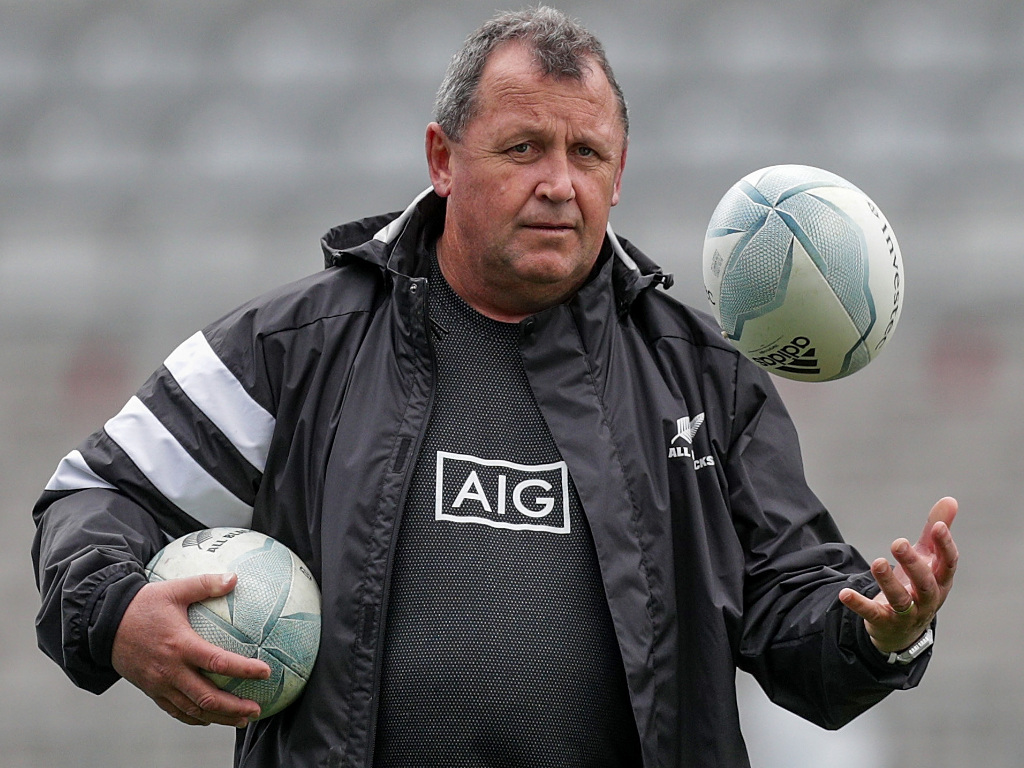 New Zealand Rugby (NZR) has announced the appointment of Ian Foster as head coach of the All Blacks, who replaces the outgoing Steve Hansen.

54-year-old Foster will now lead the three-time world champions into a new era, after eight years as assistant head coach of the team.

In making the announcement, NZR chairman Brent Impey said Foster had come through as the preferred candidate following a lengthy and robust interview process.

“The NZR Board has today ratified Ian Foster as the new head coach of the All Blacks from 2020. He brings world-class international experience to the role, an incredibly strong coaching team, and we think he’ll do an outstanding job,” he told the All Blacks’ official website.

Impey said Foster had been appointed for a two-year period.

“The interview process was extensive and really difficult, which reflects the very strong applications from both candidates,” he added.

Impey revealed that Foster would be joined by four other coaches, who will be announced in due course.

“While we can’t confirm the full make-up of the coaching team today, we’re delighted with the quality they bring – they have a wide range of coaching experiences and are a diverse group of thinkers,” he said.

“On behalf of New Zealand Rugby, I want to congratulate Ian on his appointment, and we wish him well for this next phase in the All Blacks’ story.”

Foster said he was humbled to be selected as head coach.

“I feel truly privileged and honoured to be given this opportunity and I can’t wait to lead the team into the next chapter of what is a remarkable legacy,” he said.

“I’m incredibly proud of what we have achieved in the All Blacks over the last eight years and I’m excited and energised by a new coaching team who will join me.

“It’s incredibly humbling to be appointed to the job and I have a strong desire to serve the jersey well and represent New Zealand to the best of my ability.”

Ian Foster has today been named as the All Blacks new Head Coach. Check out his reaction below👇👇

“These are exciting times. Ian has pulled together a very strong team and he is an outstanding person in his own right with a high-quality set of values,” said Robinson.

“He is committed to stamping his own mark on the team and it’s clear that he and his coaching team want to bring a new and fresh energy into the All Blacks environment.”

“As someone who knows ‘Razor’ well as a former teammate, he was a very impressive candidate and these decisions are never easy,” he added.

”We know Razor is an outstanding coach and I have no doubt he’ll have a big future in our game at international level.”

Foster has been assistant head coach of the All Blacks since 2012 and was a key part of the coaching team which guided the team through a hugely successful period, including the unbeaten season in 2013, the Rugby World Cup victory in 2015, multiple successful Bledisloe and Freedom Cup campaigns and Rugby Championships as well as end-of-year tours.

The team has had an 87 percent winning record over that period. Foster was one of the first Super Rugby players to transition into coaching.

He spent eight years and over 100 games coaching the Chiefs before joining the All Blacks. He was a selector and also worked alongside Hansen on strategy, with a particular focus on back play and attack.

Foster is the most–capped Waikato player of all time with 148 games (1985 – 1998) as well as 26 games for the Chiefs (1996 – 1998).He swapped his boots for a coach’s whistle and started his coaching career as the Chiefs’ technical advisor before moving into assistant coach and coach roles with Waikato.