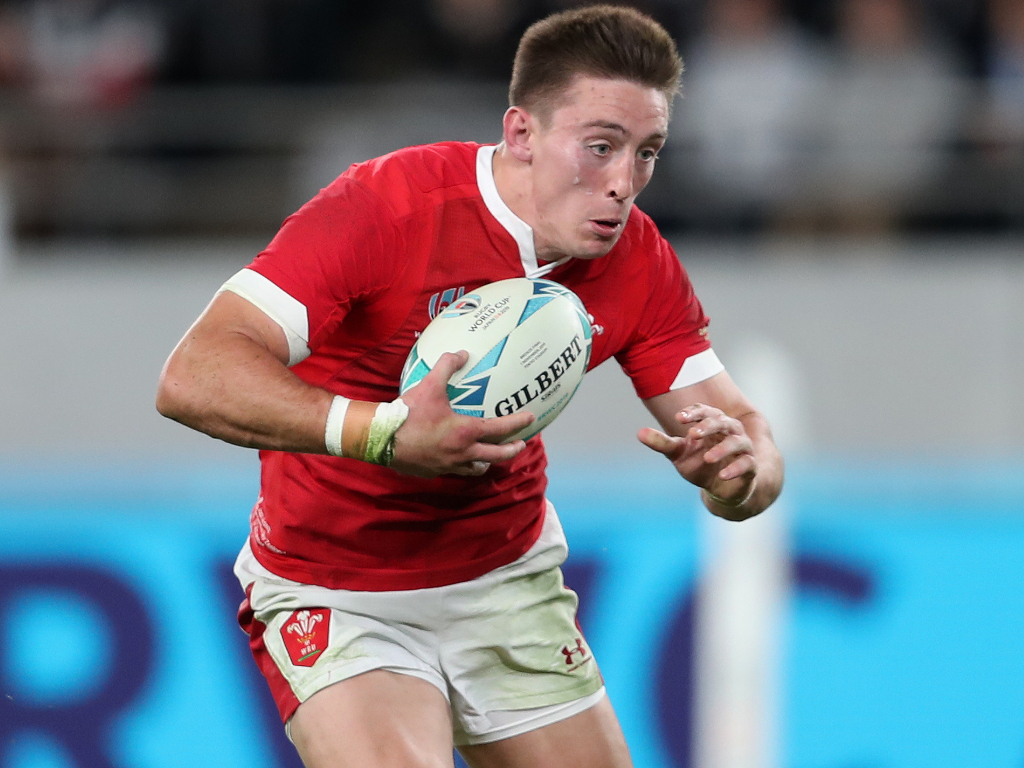 Wales flyer Josh Adams said he would have “really fancied” his team’s chances if they had reached the recent Rugby World Cup final in Japan.

Adams, who is set to line up in Saturday’s non-cap game against the Barbarians, was the tournament’s top try-scorer with seven touchdowns.

He also broke Shane Williams’ Welsh record for most tries in one World Cup, enhancing his burgeoning reputation as an outstanding finisher.

But Wales’ painful semi-final exit against South Africa, when they lost by just three points to the eventual world champions, left its mark.

“The dust has settled on it now, so you can reflect on it in some way,” Wales wing Adams said. “I am a bit gutted, to be honest.

“The final was a goal for us, and an achievable goal.

“I think the way the final went between South Africa and England, I really fancied us if we had got there.

“Nevertheless, I think the boys gave a great account of themselves the whole tournament, and it was a great experience as well.

“We were right in the game (the semi-final) at 16-16, and I always fancy us in those arm wrestles, those tight games. It was a bit disappointing.

“I really did fancy us if we had got to the final, but that’s the way it went. They pinned us back, and they eventually kicked a goal to win it.”

It has been all-change in the Wales camp since Japan, with Wayne Pivac officially succeeding Warren Gatland as head coach and being joined by a new team of assistants in Stephen Jones, Jonathan Humhpreys and Byron Hayward.

Pivac’s first game at the helm will be in Cardiff this weekend and Adams, who has now scored 11 tries in 21 Tests for his country, is looking forward to a new era.

“Sometimes you have got to be cautious of changing everything really quickly because, as other coaches have said in various press conferences, there has been a great foundation laid for us to build off,” he added.

“They are obviously going to want to improve what has gone on in the past.

“I think they’ve said they want to improve some of our attacking philosophies. Yesterday, we had various meetings about attacking calls and attacking shapes.

“It is not going to happen overnight. It will take a period of time.

“I have heard brilliant things of him (Pivac) from all the Scarlets boys. He achieved some great stuff with the Scarlets.

“Obviously, he is a top-quality coach. Hopefully, we will be as successful under Wayne as we were with ‘Gats’.”

Gatland is sure to receive an emotional send-off at the Principality Stadium on Saturday when he coaches the Barbarians against Wales.

And Adams said: “He has been massive for me. He gave me my first opportunity in the Six Nations.

“He was good with me. He would always have subtle quiet words when I was fresh into the squad.

“He would always give me some confidence and say I wouldn’t be there if he didn’t think I was good enough. He always helped me in that way.

“He always filled us with belief every game. He is a great man-manager.

“He had great philosophies as in family first. He was always willing to make sure your life off the pitch was good to give you the best opportunity to perform well on the pitch.

“It will be funny for him in the away dressing room rather than the home one on Saturday, but it will be great for him to have one last hurrah at the stadium.”