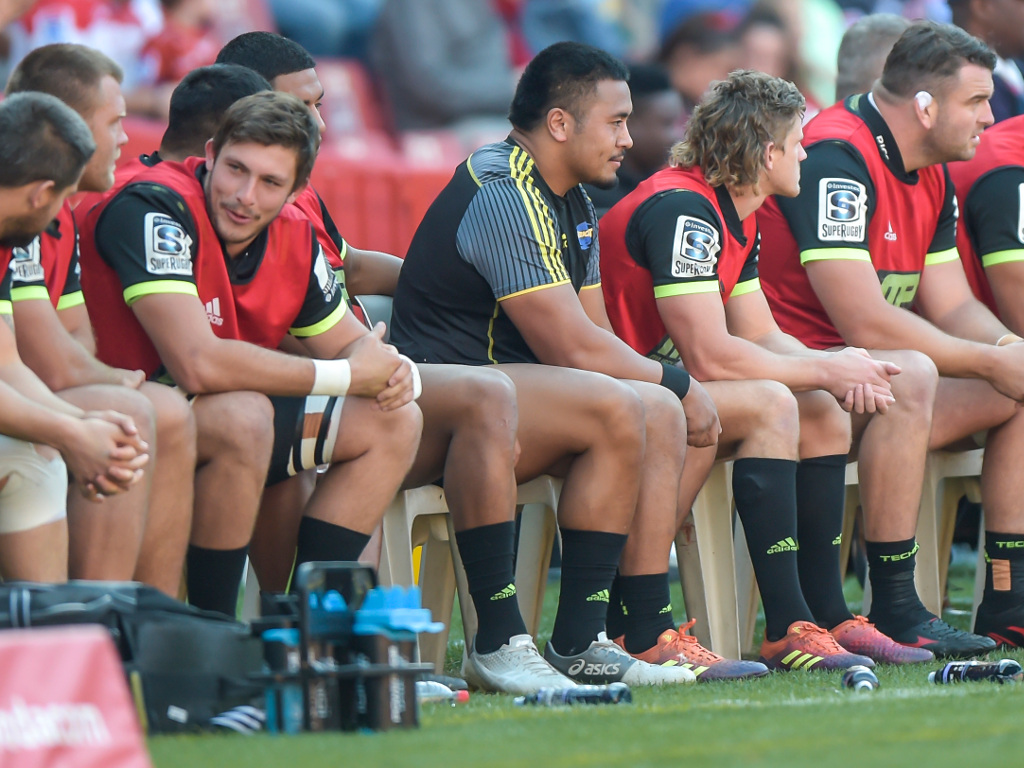 Hurricanes captain Dane Coles was impressed by his younger team-mates after the side came from behind to beat the Blues 29-24 on Saturday.

Naming a youthful side after already qualifying for the knockout stages of Super Rugby, the ‘Canes had to fight back from being 24-5 down.

And New Zealand international Coles was thrilled with how the squad recovered and believes they can take a lot of confidence from the win.

“I take my hat off to those young lads, they got thrown in the deep end and they showed a lot of heart and a lot of ticker and I think that will put them in good stead,” he told Stuff following the impressive victory.

“It’s a hell of a comeback. It was a short week, we didn’t get back till Wednesday [from South Africa]. We had new drivers in Finlay [Christie], Jacko [Garden-Bachop], Salesi [Rayasi], Danny Toala, Peter Umaga-Jensen, but if you want to go far in this comp, some of those guys might get chucked in the deep end again, so I’m very proud of their effort.”

Meanwhile, head coach John Plumtree echoed his captain’s remarks and feels many of the players have proved they can cope at the top level, which will delight him as the 2020 Super Rugby season draws ever closer.

“For me, it was great to see what a Salesi Rayasi can do against that top company and the things he needs to work on. It’s the same with Danny, the same with Peter,” said the coach.

“Look at that front-row that finished that game, I think the average age was 21. You can’t help but get excited about that type of thing, because for the next eight, nine years, we’ll be seeing those boys out there regularly.

“I won’t be there to celebrate their 100 games. I’ll be retired and nearly dead,” he joked.

The Hurricanes will now prepare for a home quarter-final against the Bulls on Saturday and Plumtree feels the mood will be positive in his squad after this recent victory over their New Zealand rivals.

“It’s great for our team spirit, a lot of those boys this year have been holding [tackle] shields and work hard behind the scenes to help the main team get organised,” he continued.

“Danny Toala has been floating in and out as a replacement player coming down from Hawke’s Bay, but to be able to play on a stage like that tonight against a player like Sonny Bill Williams is something that people will never forget.

“A game like that, I’ll never forget, what it means to us. On Sunday I’ll have fun cutting a video to show just how much this club is growing in terms of our culture.

“Playing the game is one thing, having a heart and soul, and a fight, that’s another thing. I just think this team has got something special around all of that right now, which is credit to Colesy and TJ [Perenara], the way they’re leading this group.”