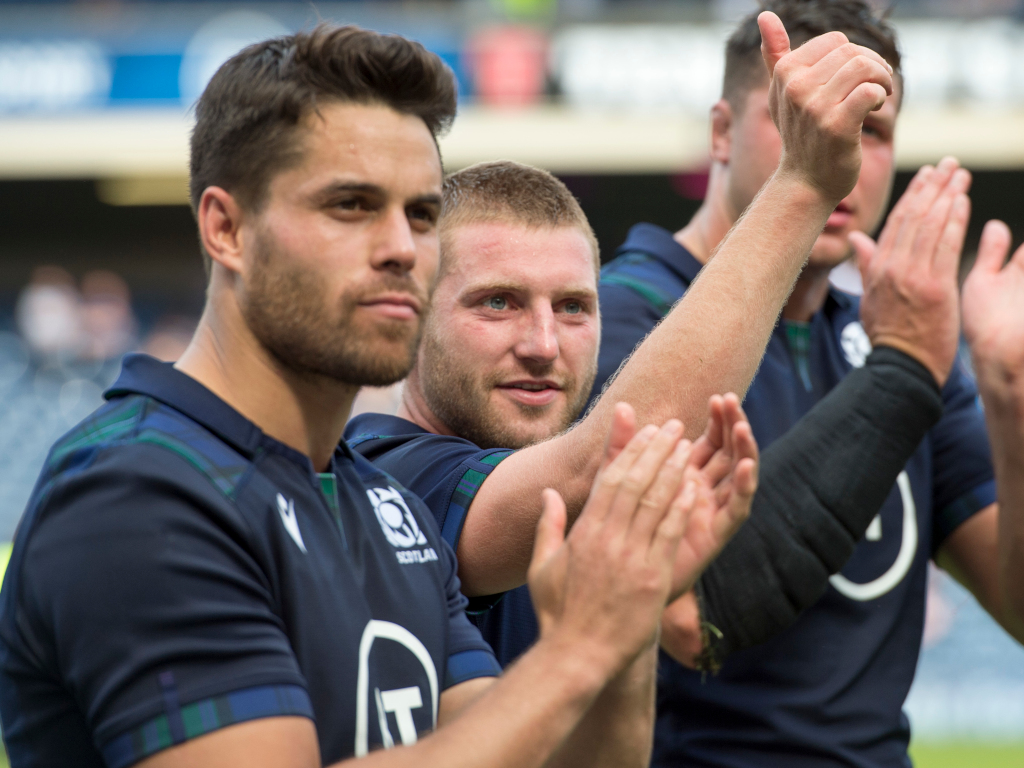 Sean Maitland believes Finn Russell will be welcomed back into the Scotland fold – if he can find a way to work out his differences with Gregor Townsend.

The fly-half has cast his international future into serious doubt after revealing a worrying breakdown in relations with his head coach.

In an interview with the Sunday Times, Racing 92 player Russell appeared to issue a “him or me” ultimatum to Murrayfield chiefs.

“The current situation, set-up and environment, I don’t think I want to play in that,” said the 27-year-old.

“Until I see or feel the big changes that I need to get back to playing my best, it’s going to be very hard for me to do it.”

The fallout exploded into public view ahead of the Scots’ Six Nations opener with Ireland when Russell was stood down from action after he missed training on the back of a late-night drinking session.

Russell disputes the reasons for the row, insisting they run much deeper than a “couple of beers” at the team hotel.

But it has been reported elsewhere that several members of Townsend’s squad have been angered by his behaviour.

However, Maitland – who travelled north from London on the same flight as Russell on the day of the alleged drinking session after his Saracens side had faced off with Racing in a Champions Cup clash – believes most will be willing to forgive and forget.

Asked if he wanted to see Russell back in a Scotland kit again, the wing replied: “Of course. I’ve played a lot of rugby with Finn. Hopefully whatever is going on, it can just get sorted and get him back in, fighting to play for this jersey.

“As of now I don’t know what’s going on but hopefully we’ve now got a bit of time for whoever’s got to work things out with whoever and get it sorted out.

“Yeah we flew up together. We had some food but I was shattered after the game and went straight to bed. So whatever happened, I don’t know what the ins and outs were.

“I just want him back. The whole squad will probably agree with me there. Yeah, of course (I think he’ll be welcomed back). He’s a quality player. Hopefully it will just get sorted out.”

Just a point for discussion on the Finn Russell stuff. If he doesn’t like the next Scotland coach will he not play for him either? Where does it end?

Without Russell’s mercurial talents, Townsend’s team again came up short as they suffered a second straight Championship defeat with Saturday’s 13-6 loss to England.

The Scots have yet to score a try and Maitland admitted: “It’s that last five per cent we’re searching for as a team.

“Last week against Ireland we had the chance to win and it was the same story on Saturday.

“We were in the game but it was the big-time plays that cost us. So it’s now a big game against Italy. It’s massive.

“There’s a great vibe in the squad. I feel personally like there is a great buzz. The boys are all tight. It is transferring to the field but a few things are letting us down.”

The Russell affair is not the only off-field drama Maitland, 31, has had to contend with in recent weeks.

But he has no plans to quit Saracens next season despite the looming prospect of relegation to the Championship following the club’s salary-cap scandal.

“It has been tough,” he admitted. “I don’t know what I’m doing yet (next season). I just need to work out a few things and get my future sorted pretty soon.

“Everyone has got different situations going on. I love it at Sarries. My other half loves it and we’re really settled there.

“I’m not getting any younger, so hopefully we can get it sorted in the next few weeks.

“From what I’m hearing the core squad is staying together. Of course I’d love to stay too. I love it in north London. The club have looked after me really well over the last four seasons, so we’ll see what happens.”