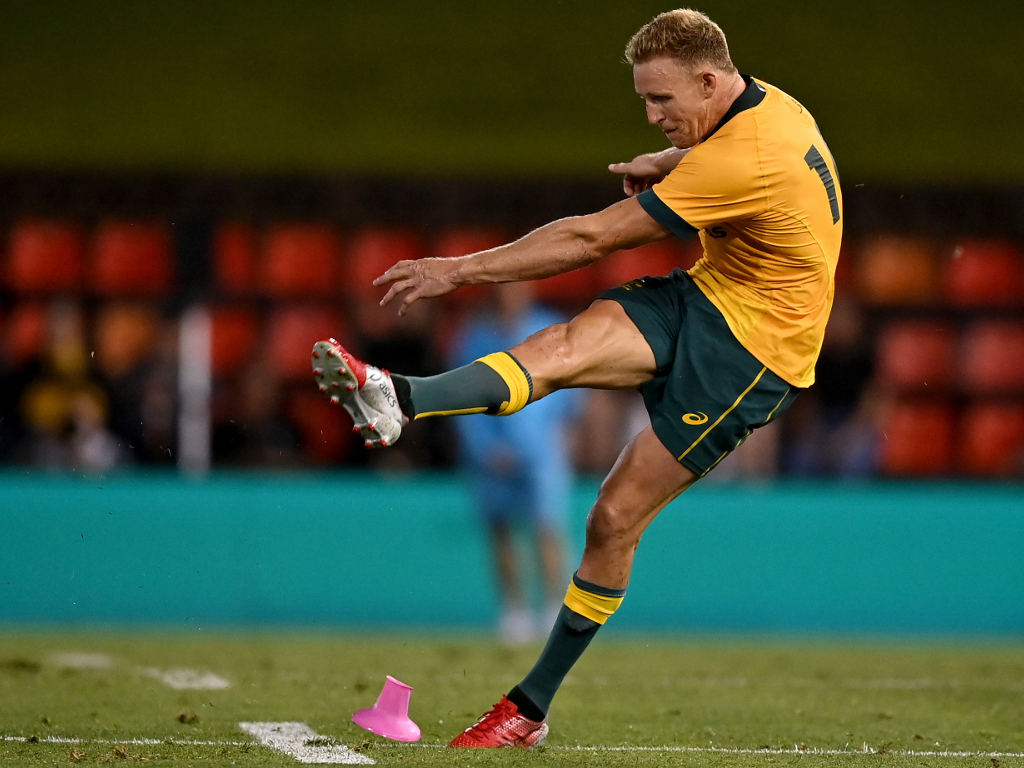 Reece Hodge said he felt like he has let his country down after he missed a 79th minute penalty in Australia’s drawn Test with Argentina in Newcastle on Saturday.

The Wallabies were on top for long periods as they had most of the possession and territory but could not capitalise on that dominance as Hodge and his Pumas counterpart, Nicolas Sanchez, scored all their teams’ points courtesy of five penalties apiece.

Hodge had a chance to win the match for Australia but his penalty attempt in the game’s closing stages was off target. The result saw both nations collect two points, which sees Australia and Argentina join New Zealand on six points in the standings, with the All Blacks leading on points differential.

“I feel like I’ve let the country down,” Hodge told Fox Sports after the draw. “It’s a pretty tough one to take at the moment. We were up 15-6 and had our chances to seal that game.”

Miss the Argentina v Australia game or want another look?

Australia had one late chance to win the game in front of 11,749 fans, but outside centre Jordan Petaia kicked the ball away with seconds to go.

Wallabies head coach Dave Rennie lamented his side’s inability to close out the result. He said the Pumas “never looked like scoring a try” and that his own side overplayed their own hands.

“Frustrated and really disappointed,” he told reporters in his post-match press conference.

“We had chances to pin it in their corners. Played and overplayed and brought them back into the game.

“We should have closed it out. We really have ourselves to blame.”