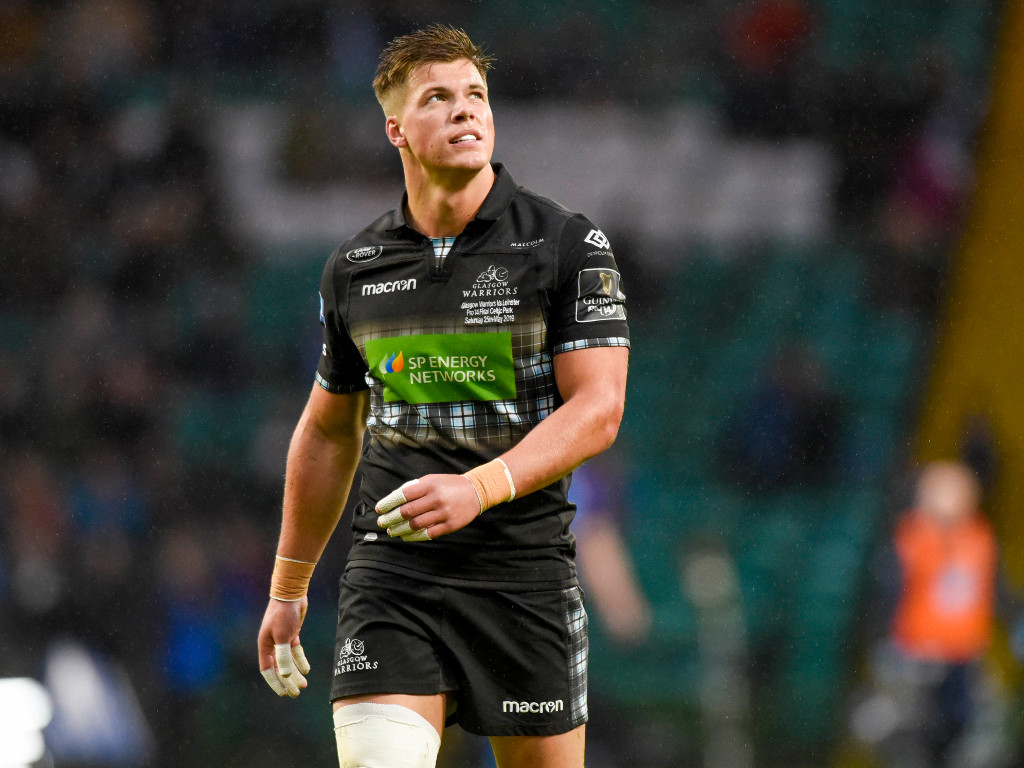 Round 12’s PRO14 action continues and there are two games on Saturday and two on Sunday, with Ulster versus Cheetahs the standout match, as Ruan Pienaar makes an emotional return to Belfast.

Jamie Dobie will make his first start in a Glasgow Warriors jersey, having been selected at scrum-half for their clash with the Dragons at Scotstoun.

The 18-year-old – who is in his first season as a professional – has made six appearances from the bench so far in 2019/20, having become the first player born in the 21st century to represent the club in the PRO14.

Dobie’s inclusion in the starting XV is one of six personnel changes made by head coach Dave Rennie, as his side looks to continue its undefeated run in 2020.

Grant Stewart returns to the matchday squad for the first time since last month’s away win over Benetton, with the former Dalziel hooker packing down between Aki Seiuli and Oli Kebble in the front-row.

Tim Swinson is promoted from the replacements to the starting XV, joining Rob Harley in a second-row containing over 360 club appearances.

After signing a new two-year deal with the club, co-captain Ryan Wilson is named at number eight, with the Scotland international flanked by fellow co-captain Callum Gibbins and Leone Nakarawa.

Dobie is partnered in the half-backs by Pete Horne, who continues at fly-half after becoming the sixth player in club history to reach 400 points in last Friday’s victory over Zebre.

Huw Jones returns from Scotland duty to line up at outside centre, with Nick Grigg shifting to the number 12 jersey to accommodate the former Stormer.

Another returning Scotland squad member lines up on the wing for Rennie’s side, as Ratu Tagive joins Tommy Seymour and Glenn Bryce in the back three.

Meanwhile, back-row star Ollie Griffiths makes a welcome return to action for the Dragons this weekend.

Griffiths makes his first league appearance since October as boss Dean Ryan makes nine changes from the side that won in European action against Enisei-STM last time out.

Huw Taylor joins Griffiths in a new-look back-row, as Harrison Keddie moves to number eight, while lock Joe Davies is named alongside Matthew Screech in the second-row.

Prop Brok Harris is recalled at loosehead – after completing a suspension – while hooker Ellis Shipp makes a second start in the PRO14 up front. Lloyd Fairbrother shifts to the tighthead.

Scrum-half Rhodri Williams returns to lead the team while wing Ashton Hewitt and centre Jack Dixon are also back.

The final change to the starting line-up is a call-up for Wales Sevens ace Joe Goodchild who plays at full-back – his first senior start since April 2018.

✍️ It's all in this week's short side. 👉 https://t.co/TIsorf6M0h pic.twitter.com/tI9kOS9PeX

James Hume and Michael Lowry have completed their return from injury to start at inside centre and full-back respectively for Ulster in Saturday’s PRO14 fixture against the Cheetahs at Kingspan Stadium.

The pair are among the five changes to the starting side that was narrowly defeated by Ospreys last Saturday.

Lowry will be joined in the back three by Robert Baloucoune and Louis Ludik, who retain their places on the wings. Luke Marshall has once again been named in midfield alongside Hume. In the half-backs, Bill Johnston will start at fly-half and is partnered by David Shanahan at scrum-half.

In the starting Ulster pack, Eric O’Sullivan and Marty Moore will anchor each side of the front-row at loosehead and tighthead prop, with Adam McBurney selected at hooker.

Alan O’Connor will captain the team and is named in the second-row with Kieran Treadwell. Nick Timoney and Jordi Murphy return to the starting line-up at blindside and openside flanker, and Marcell Coetzee will complete the forwards unit at number eight.

Meanwhile, Cheetahs head coach Hawies Fourie has made nine changes to his run-on side after last week’s defeat at Leinster.

Elsewhere, Sintu Manjezi returns from a shoulder injury and will be starting at lock alongside Walt Steenkamp while du Preez provides cover on the bench.

Craig Barry and Rhyno Smith start on the wings with Clayton Blommetjies joining them in the back three at full-back.

The match should be an emotional one for former Ulsterman Pienaar, who returns to the Kingspan Stadium as the Cheetahs’ captain.

Here is another look at the Cardiff Blues side to welcome @BenettonRugby to Cardiff Arms Park on Sunday!

The international duo have been released from Wayne Pivac’s squad for the PRO14 encounter, as John Mulvihill’s side look to bounce back from last week’s defeat to Connacht.

All players will be donning their home club socks as Cardiff Blues celebrate the grassroots game on Regional Clubs Day.

There are a total of five changes made to the starting line-up, as lock Davies is drafted into the second-row to partner James Ratti, having featured as a replacement in Galway.

Ryan Edwards is handed his first PRO14 start on the wing, which sees 22-times capped international Amos switch to the number 15 jersey.

The final change amongst the backline sees Ben Thomas returning to the centre, replacing Rey Lee-Lo who is ruled out with concussion.

Having missed out on the trip to Ireland through injury, Shane Lewis-Hughes returns to the back-row, combining with Olly Robinson and Josh Turnbull. A front-row of Rhys Gill, Liam Belcher and Scott Andrews complete the pack.

On the bench, Rory Thornton returns from injury to take his place in a matchday squad for the first time since November.

Meanwhile, Benetton are back in PRO14 action after last weekend’s fixture against the Dragons was postponed due to fears over Storm Dennis.

They are led by Ian Keatley at fly-half, who is joined by Charly Trussardi in the half-backs, with Marco Zanon and Ignacio Brex in midfield.

Monty Ioane and Angelo Esposito are dangerous wings the Blues must be wary of while Luca Sperandio completes the backline at full-back.

Up front there is a front-row of Nicola Quaglio and Tiziano Pasquali at props either side of hooker Tomas Baravalle, Irné Herbst and Eli Snyman are at lock while Michele Lamaro, Federico Ruzza and Toa Halafihi form the back-row, with plenty of talent to come off the bench.

South African international Werner Kruger takes over the captaincy for the Scarlets’ clash with the Southern Kings at Parc y Scarlets on Sunday.

With centre Steff Hughes sidelined because of a shoulder injury picked up during last weekend’s defeat Edinburgh, the experienced Kruger takes over the armband for the first time this season.

The Scarlets starting XV shows three changes from the 14-9 defeat to the Scots.

Corey Baldwin has recovered from a rib injury to take his place on the right wing, while Paul Asquith comes into midfield to replace Hughes in the only other change behind the scrum.

Up front, Wales international Samson Lee has been given more time to recover from a calf issue so Kruger again packs down at tighthead prop alongside hooker Taylor Davies and loosehead Phil Price.

Fijian international lock Tevita Ratuva comes in to partner fellow Pacific islander Sam Lousi in the second-row, while the back-row is the same as last weekend.

Aaron Shingler is the lone player released from Six Nations duty and he will slot in alongside Macleod and Uzair Cassiem.

On the bench, hooker Ifan Phillips, who has linked up with the squad on a short-term loan deal from the Ospreys, is named among the replacements; prop Dylan Evans comes in for Rob Evans, who is on the bench for Wales in Cardiff on Saturday, while back three player Tom Rogers is set for his first PRO14 appearance of the season.

Meanwhile, Kings boss Rob Kempson has made four alterations, including two positional switches, to his run-on side after suffering a heavy defeat against Munster last week.

In the back-line, Courtney Winnaar takes over from Andell Loubser at full-back while Howard Mnisi comes in at inside centre for Erich Cronje, who is shifted to the left wing where he replaces Eddie Ludick.

In the forwards, Ruaan Lerm moves to the blindside flank with Elright Louw slotting in at number eight. Pieter Scholtz returns to the replacements bench as front-row cover.