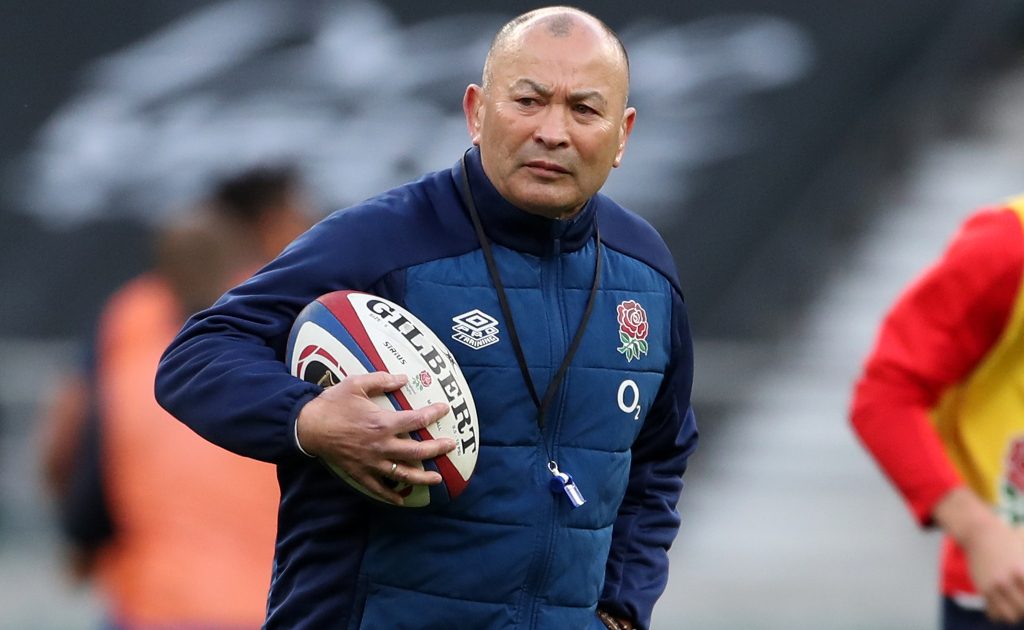 After England’s dismal showing in the 2021 Six Nations, the Rugby Football Union (RFU) have promised a deep and thorough review after a stark slide in form.

With the results promised sometime in the next 10 days, Planet Rugby looks at the five key measurements and talking points that will inform the outcomes of the review process.

Eddie Jones has plenty of credit in the RFU bank. With a 78% win rate over five years (the best of any England coach), his team have beaten all of the key nations, returned three Six Nations Championships, a Grand Slam, two Triple Crowns, an Autumn Nations Cup victory and were World Cup finalists in 2019. All in all, that’s not a bad return for a coach often unfairly thought of as a short-term turn-around specialist.

The plot thickens when you also ask the question who would replace him? Firstly, the RFU are somewhat short of money until some form of payday emerges post lockdown, so the notion of offering a big hitter from Down Under some form of blank cheque is out of the question, especially considering the break clause of Jones’ contract would ensure a pay out of over £500,000 just to remove him from post. Secondly, any compelling candidate is in a contract of some sort, leaving very few realistic options, other than a sideways move for the RFU’s Director of Elite Rugby, Conor O’Shea, although it should be noted that Rassie Erasmus was willing to join Harlequins as director of rugby until their senior player group allegedly put an end to that option.

All in all, the signs are that Jones will stay, but in order to allow that to happen, the RFU look certain to examine robustly a few of the failings and rumblings of discontent within the wider group, and crucially, look to implement a few changes in terms of their management of the maverick coach.

When Jones joined the RFU, he insisted upon single line reporting directly into the CEO, then Ian Ritchie, now Bill Sweeney, neither of whom have one iota of playing knowledge of the sport of rugby. Whilst admirable in managerial simplicity, this removes any form of ability for his line manager to be able to challenge, from a perspective of personal knowledge, the more subjective issues around Jones’ tenure. Sure, it’s easy to measure him objectively and on a top level, but there’s no facility within the RFU top brass to really drill down into the subjective issues that surround the team.

Paradoxically, this reporting line also removes the RFU’s ability to act to support Jones when they believe he needs supporting or when they believe there’s a need for change. Whilst the garrulous Australian is self-supporting in many respects, every high-level sportsman needs challenge and guidance, and the RFU now believe that they themselves have been unable to do this because of the direct reporting line they agreed to.

It’s almost certain that if Jones stays, the RFU will insist on a form of mezzanine reporting will be implemented between the coach and the CEO; a knowledgeable man of rugby with deep international experience that’s capable of guiding and supporting Jones via challenge and council.

Whilst it’s unclear who that person will be, you can bet they’ll be English, a recent Test performer and one steeped in the knowledge of high performance at international level. Jones may want the ease of report, but right now, he’s far more in need of challenging conversations, ones that make him think in a wider perspective than he currently does and one that’s designed to also give him more support than the current CEO is able to.

The review is also certain to look back at the terms of reference used in Jones’ initial appointment. It’s an open secret that when interviewed, Jones hung his hat firmly on player fitness. Word is that he told the RFU that he believed the players were not as fit as other nations, especially those in the Rugby Championship and that he would ensure his team were the fittest and strongest side in the world.

However, the feeling is that those initial standards that he committed to have waned. To witness the conditioning of some of the players post Rugby World Cup, (admittedly in the middle of a global pandemic that does have an impact on match fitness), in this season’s Six Nations, raises a lot of questions about those standards slipping. There’s a number of in-game incidents that the RFU will focus on to underline their point about fitness and match sharpness, and it’s almost certain that there will be great criticism of sticking to the Saracens core when those players were so far off match sharpness it was untrue.

🗣️ "He is a guy who enjoys leading and enjoys taking ownership."

The KPI review will also discuss the style and ambition of England and whether or not they are maximising the deep resource of quality performers in the Premiership – in short, if England are truly picking on form, or whether Jones has, through the pressure of the pandemic, taken a safety-first approach by sticking to tried and tested players, something that appears to have compounded the issues of improvement and growth.

In any business, in order for someone to succeed, you have to give them the correct support structure to allow their vision to blossom.

Wind the clock back to England’s definitive performances under Jones (World Cup semi-final v New Zealand) and ask yourself what has changed between then and now? The answer is that they lost the brilliant attacking input of skills coach Scott Wisemantel, a technical visionary who left to return to his native Australia. His departure saw current incumbent Simon Amor move sideways to fill a vacancy, based far more upon cost savings (Amor was already on the RFU payroll in his Sevens capacity) than it was track record or coaching ability. In short, there was no budget to go and hunt the big hitter needed, so Amor got the role through good fortune and the England attack has suffered greatly from this reorganisation, despite the best intentions and enthusiasm of the admirable Amor.

It’s certain that the RFU will seek to free up the budget that the national team needs in terms of the best coaching resources and it’s equally certain that Jones will insist that if he’s to carry on, he needs quality, proven support coaches around him. In short, expect continuity from the head coach role, but also expect change from those in the supporting cast.

In the last few months, there’s been rumblings within the game that the culture embedded within the England team is one of very direct management, from both the appointed player leaders and from the head coach. Some of the more experienced players are understood to have voiced concerns about the overall direction they’re encountering, with criticism of both environment and the leaders creating that environment.

Jones rightly seized upon the success of Saracens to form the core of his initial culture, using their admirable domestic record as foundations of his future vision. However, that success has long since deserted Sarries and their players, and it’s felt that the unruly behaviour of the club has perhaps detracted from the effectiveness of that group.

There’s a feeling gaining momentum that the England team culture has become a little confrontational and one where blame has taken place over responsibility, something that’s coincided with the poor form of the likes of Owen Farrell, the Vunipola brothers and even the jewel in the English crown, Maro Itoje.

It’s almost certain that there will be a strong focus by the RFU to ask Jones to fix these issues by greater empowerment of other players, a strengthening of the leadership from other players and the cultivation of new voices empowered to lead and make decisions within the team.

This almost certainly alludes to a change in captain and a desire to make less cosy the selection of players that perhaps have been less than challenged in terms of selection over the last 18 months, a deliberate move for more diversity of opinion and selection to ensure a deeper resilience for the team moving forward to the 2023 Rugby World Cup.

Whilst Jones is still an able and brilliant coach, his review will be one described in management culture as a full 360. He will be well aware of the issues we have listed above and he, above anyone else, has a determination to put this right and to succeed.

We believe you can expect to see him in post for the next World Cup cycle, but the success will be down to managing the changes that have been identified. With these modifications implemented, there should be no excuse for failure for a country that absolutely craves rugby success.