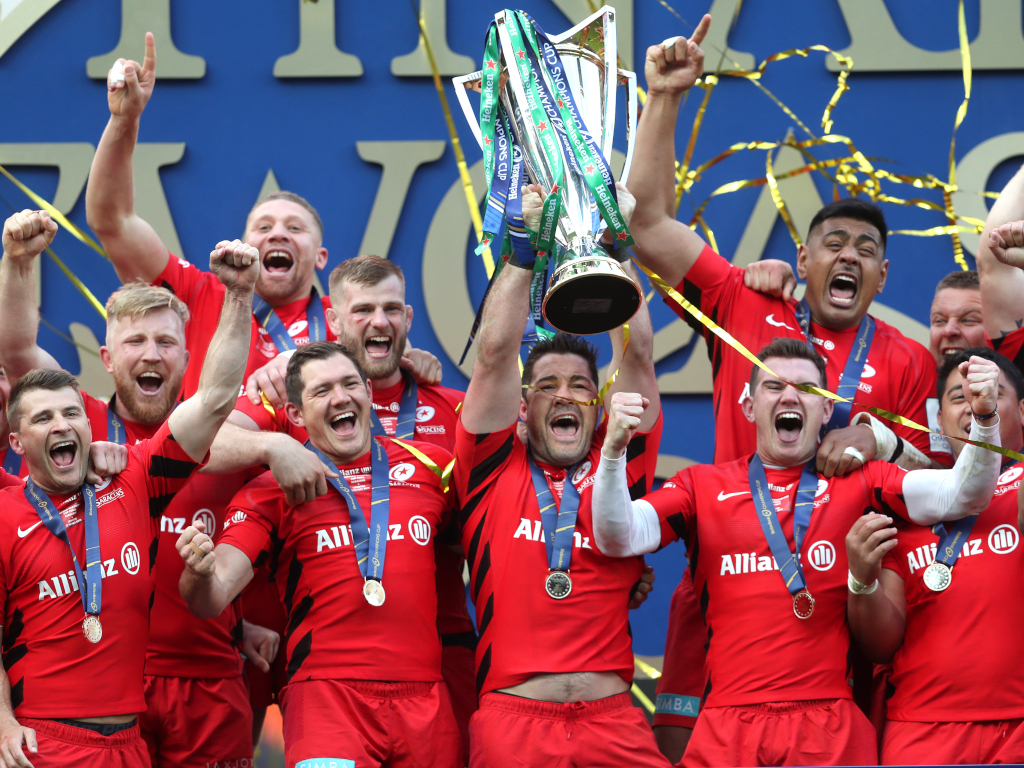 Champions Cup holders Saracens have been drawn in next season’s ‘group of death’ alongside last year’s semi-finalists Munster and French giants Racing 92.

Pool 4 is completed by Welsh region the Ospreys, who are making a return to Europe’s top-tier after spending the previous campaign in the Challenge Cup.

Elsewhere, there is an intriguing subplot in Pool 2 as Stuart Hogg makes a return to Scotstoun, with Exeter Chiefs and Glasgow Warriors set to go head-to-head.

Meanwhile, four-time winners and beaten finalists in 2018/19 Leinster will be content with their draw after being put into a group that includes Lyon, Northampton Saints and Benetton.

Nevertheless, it is the fourth pool which has caused the biggest talking point with ex-Biarritz scrum-half Dimitri Yachvili, who helped make the draw, stating: “Racing, Saracens and Munster in the same pool looks heavy!”

The Challenge Cup groups were also decided on Wednesday with Pool 3 the standout as Wasps, Edinburgh and Bordeaux-Begles all face-off.