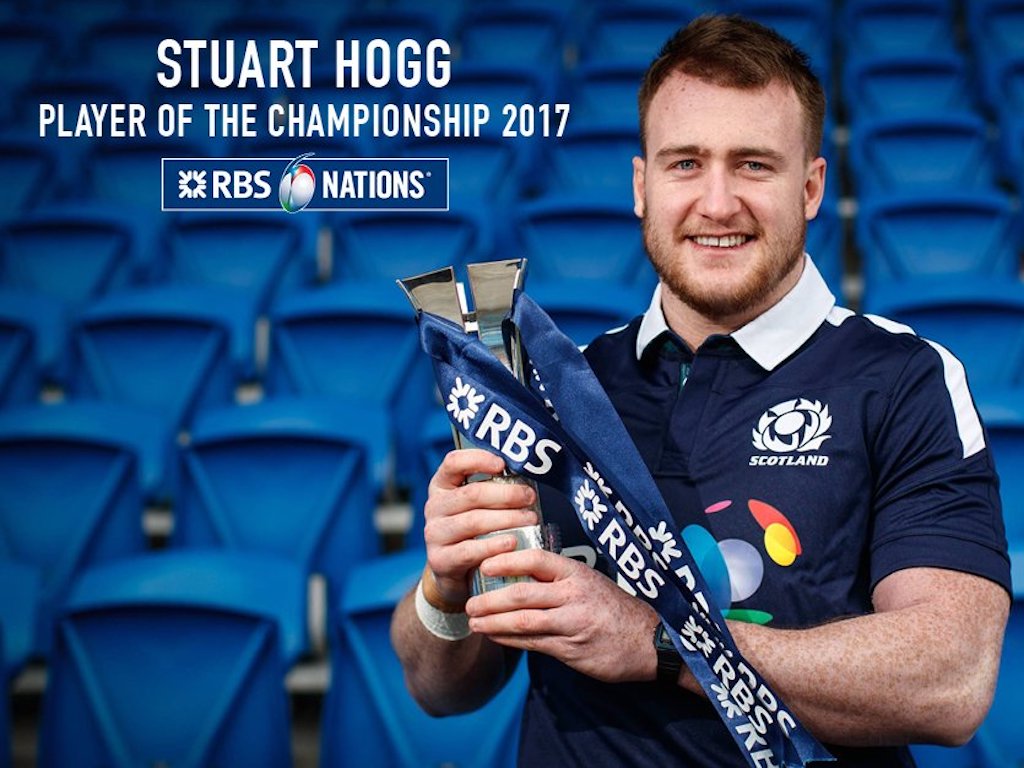 Scotland full-back Stuart Hogg has been voted RBS Player of the Championship for the second year running, securing the backing of 29,734 fans – almost one quarter of the public vote.

Hogg’s sensational campaign saw him add to his already plentiful admirers as he scored three tries: two against Ireland – when he was named man of the match – and one against France. He also sent a long-range penalty through the sticks to open the scoring against Italy in the championship finale.

His has been equally influential as creator where he joined the line to put away Tim Visser against Wales, and Tommy Seymour against Italy, while also winning the aerial contest to knock the ball back to Matt Scott to score against the Azzurri – all of which amounted to a second standout RBS 6 Nations in a row.

Hogg was some distance ahead with second-placed CJ Stander who received with 14.9% of the vote for his significant contribution to Ireland’s campaign.

Third place was awarded to Louis Picamoles, with 12.8% of the votes, followed by Joe Launchbury (8.9%). The influence of Hogg’s teammate Finn Russell saw the stand-off finishing fifth (8.3%), ahead of scrum half, Conor Murray in sixth with 7.9 %.

Scotland full-back Stuart Hogg – who made his 53rd appearance for Scotland during the Championship – said: “To receive this award again is an absolute honour, particularly when you take other players on the shortlist into account.

“I’m delighted to be awarded the RBS Player of the Championship Trophy and would like to take this opportunity to thank everyone who voted and the fans for their continued support throughout the Championship.”