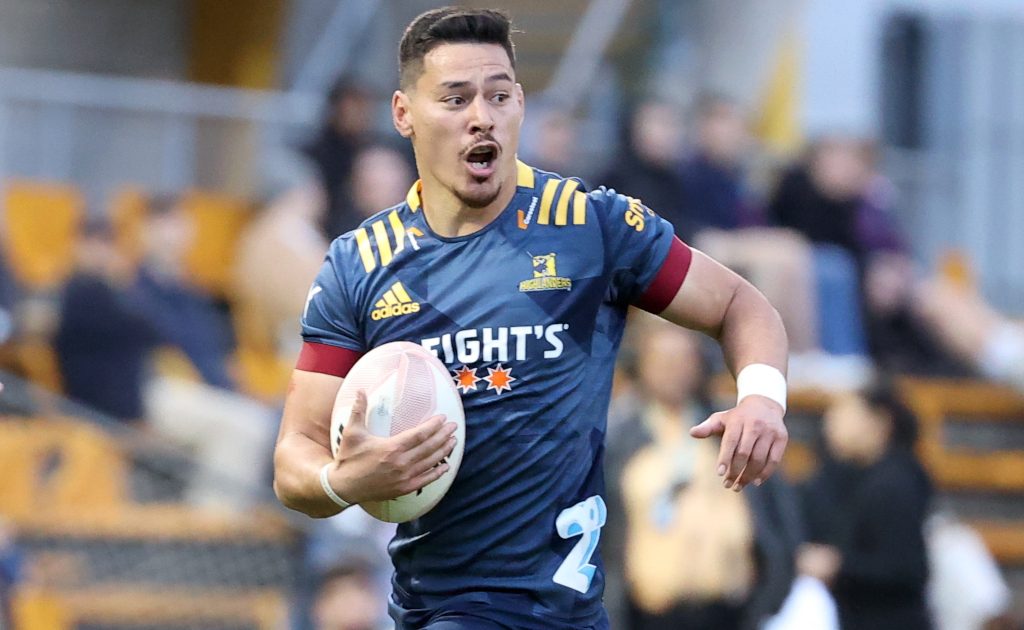 Highlanders back Patelesio Tomkinson will miss the entirety of the inaugural Super Rugby Pacific season after injuring his foot while playing for Otago.

The centre, who can also feature on the wing, has impressed for the Dunedin franchise over the past few years and his absence will be a blow.

As a result, the ‘Landers have called up Vereniki Tikoisolomone as his replacement, while Christian Lio-Willie and Nathan Hastie will provide cover for Billy Harmon and Folau Fakatava respectively.

Harmon is out until April and Fakatava will miss the opening stages of the 2022 campaign as he recovers from an ACL injury.

Grown steadily as a player

“Sio has grown steadily as a player over the last few years and has always been a player we could rely on to perform consistently for us, he had another good season for Otago,” head coach Tony Brown said in a statement.

“It’s a blow for us to lose him for the Super Rugby Pacific competition but a good chance for Vereniki to showcase his talent.”

The Highlanders have a few injury issues going into next season with Pari Pari Parkinson and Jona Nareki two more long-term absentees, but Brown is excited to see how the new players can fill the void left by those experienced individuals.

“It was always interesting to see how replacement players respond to the opportunity to come into the squad,” he added.

“They’re coming in off good provincial form and normally add extra enthusiasm and energy to our environment, it’s a real chance for them to stake a claim in the preseason and demonstrate they belong at Super Rugby level.”