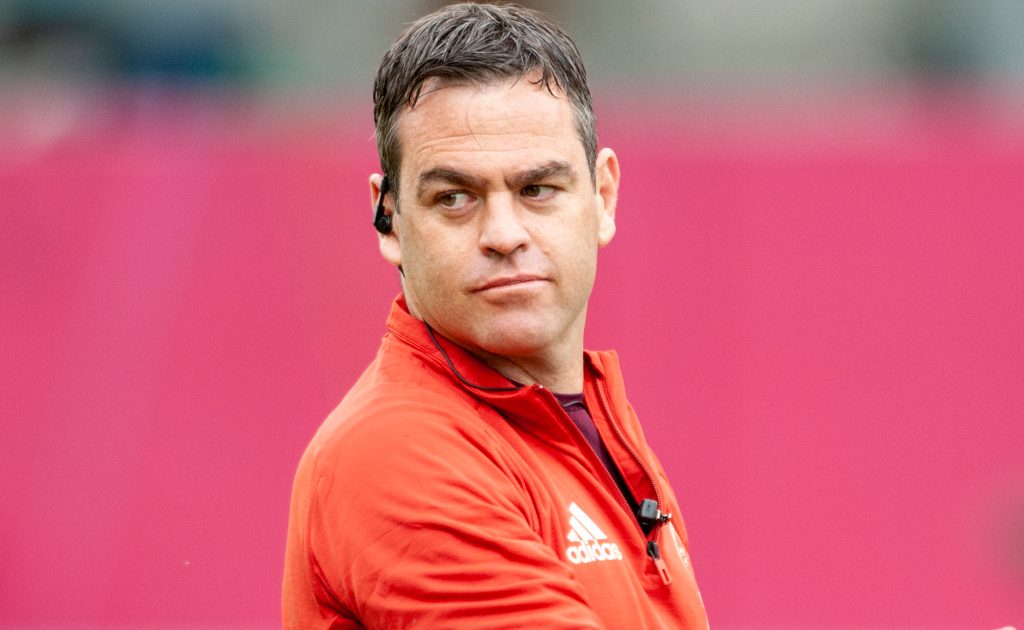 Van Graan was asked about his decision to leave for Bath by RTE prior to their game with Ulster, but gave an abrupt response.

“I’ve spoken to that before, I’m not going to answer that tonight. It’s all about Ulster,” he said.

The coaching staff have come under fire over recent weeks following lacklustre displays against Castres and Connacht.

The 41-year-old was also asked about those recent performances, but it prompted the rather blunt answer, “Well, we just lost last week and the previous week we won before that, if you care to remember that.”

Some have questioned whether the South African remains committed to the province with his future already decided and Stringer was not impressed with Van Graan’s demeanour.

“We very seldom have got that kind of emotional response from Johann, when Munster play well or Munster play poorly,” Stringer said on RTE.

“Be honest, show your colours and put it out there, give us something to show that you feel you are part of this place and what the supporters are craving.

“You talk about the 80% (wins last season) stat, he’s thrown it around a lot. For me, rugby is more than just a stat, it plays on supporters’ emotions, players’ emotions and as a fan, for me, over the years.

“That stat stands for many other clubs around the world but for here, (there are) two reasons why it doesn’t: because of the history that has gone on here, previous successes.

“And also because of Leinster’ success up the road, because of your fiercest rivals winning silverware, Munster winning three of the last 16 games against Leinster.

“All of those emotional things, on and off the field. You need to be bitter about it. I’m just not getting any emotion from Johann, feeling that he wants to be here and I think he doesn’t really want to be here, he changed his mind about his contract.

“For me, it’s about letting someone put up their hand and say, ‘I want to take control of this place, I want to show my emotion and what it means to me as a person to run this organisation’ and I’m just not getting that from him.”