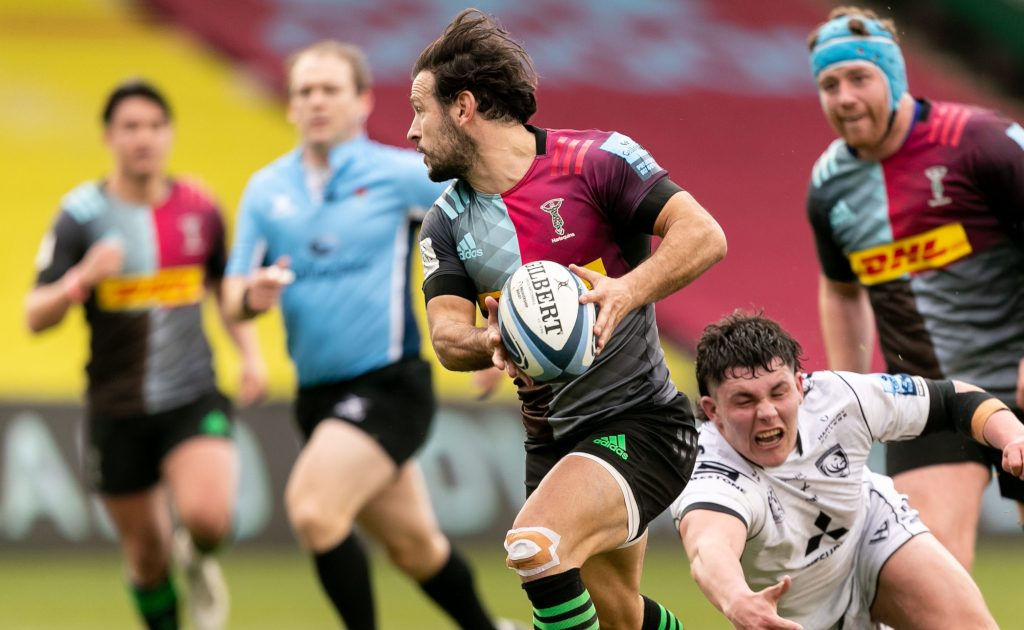 Danny Care has a shot of claiming a place on the British and Irish Lions tour to South Africa, according to Harlequins assistant coach Jerry Flannery.

Care opened the scoring in a 50-26 victory over Worcester at Twickenham Stoop and was influential throughout his 64 minutes on the field as Quins climbed to fourth in the Premiership.

The 34-year-old scrum-half won the last of his 84 England caps in 2018 after falling out of favour with Eddie Jones, but his electric form this season has seen him emerge as a bolter for the Lions when Warren Gatland names his squad on May 6.

“If you’re looking through the Premiership at the moment, you’d be hard pushed to find someone who is playing better than him.”

Quins amassed eight tries as they put feeble Worcester to the sword and with six rounds of the regular season remaining, they are firmly in the play-off mix.

Flannery was impressed by the display except for the late loss in concentration that enabled the Warriors to touch down twice.

“It was good to get back into the top four. The last 10 minutes are still sticking with me a little bit because we’ve really been targeting a full 80-minute performance. Unfortunately we didn’t do it, but our middle 40 was excellent,” he said.

“A home play-off is within our reach, but it’s obviously dependent on how Exeter go. When Paul Gustard (former head of rugby) left earlier in the year we didn’t expect this to happen.

On current form, there is no doubt in my mind that Danny Care should go on the Lions tour. He is playing superbly.

“We know we have talent in the club, but we didn’t expect this to happen. A lot of things have fallen in our favour and the players are working really hard.

“Top four at the moment is what we’re aiming for. To get to two would be brilliant, but to be in the mix at the end of the season would be enough at the moment.”

Worcester were poor as they produced a performance explaining their position at the foot of the table.

“We’re not satisfied. A point is a point but the big thing for us is performance,” head coach Jonathan Thomas said.

“The disappointing thing that we really have to own is the fact everything we prepared to do – keeping the game structured, process, systems – was fleeting.

“It’s not acceptable to concede 50 points. We know Quins have done that to other teams because they have some dangerous players, but we defended as individuals.”