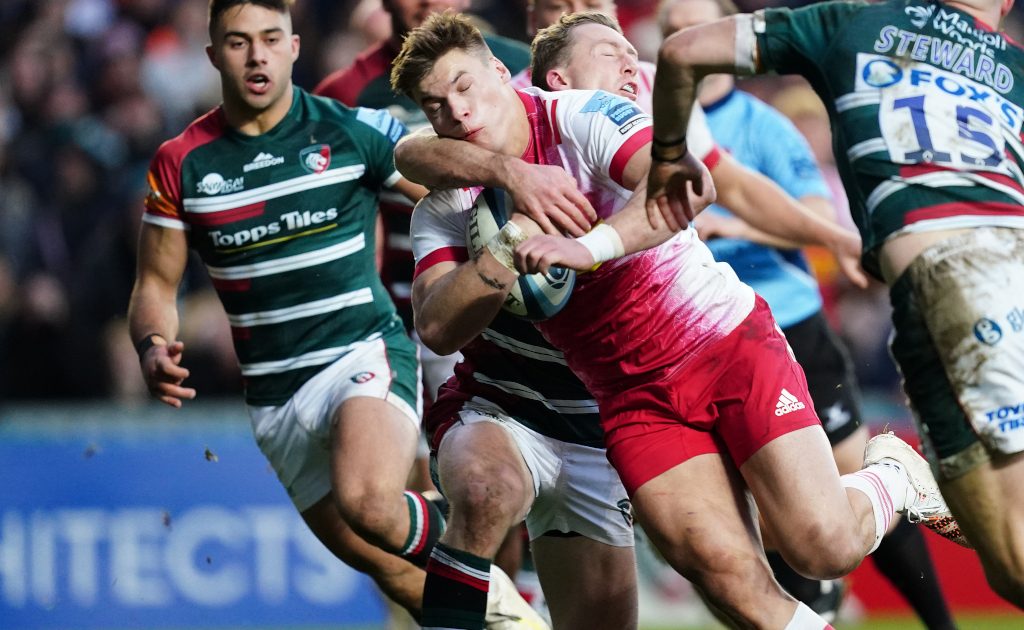 Harlequins head coach Tabai Matson lamented his side’s inability to take their chances as they lost 16-14 to Premiership leaders Leicester Tigers on Sunday.

Harry Potter’s converted try and three penalties from the boot of George Ford helped the Tigers to an amazing ninth successive win in the league this season.

For Quins their try scorer was Louis Lynagh but Marcus Smith could not convert after adding three penalties earlier in the game, meaning they were edged.

The visitors blew golden chances to put points on the scoreboard especially when, just before half-time, centre Huw Jones elected to go it alone and was smothered by the cover defence when there was a clear overlap outside him.

Matson said: “Our performance was strong enough, probably near our best, but it wasn’t good enough and when we look back we will rue the opportunities we missed.

“Alex (Dombrandt) collided with the referee early on when we could have scored and in the second half there were a couple of blown chances when better handling would have seen us under the posts.

“Leicester squeeze you to death so you only get one or two opportunities in a game, which you must take, and they are nine from nine for a reason.

“They won the kicking duel as George Ford caused our back three a few problems with his spiralling kicks but Marcus Smith kicked well to get us some good positions.

“We have to keep learning our lessons but it’s disappointing that they’ve moved further ahead of us in the league table as the defeat makes it harder for us to catch them.”

Leicester’s head coach Steve Borthwick said: “I am delighted that the boys found a way to win against the champions, who are a terrific side.

“They have threats everywhere at 15, 10 and nine and they can break you up easily. They really tested us in the second half but our defence held for the most part.

“The first half was nip and tuck and then the first period of the second half was a real arm-wrestle with the two players (Smith and Leicester’s Jasper Wiese) in the bin so getting the seven points in that period proved crucial.

“The players have worked incredibly hard to lift the club to where it wants to be and the side is making real progress.”

Ford produced a man-of-the-match performance in his final season at the club before he departs for Sale.

Borthwick said: “We would have loved George to stay as he is real class. He was very up-front with me and I respect his decision to move to pastures new.

“Today he adapted his game without any input from me and that’s a measure of how good he is to play to any situation.”