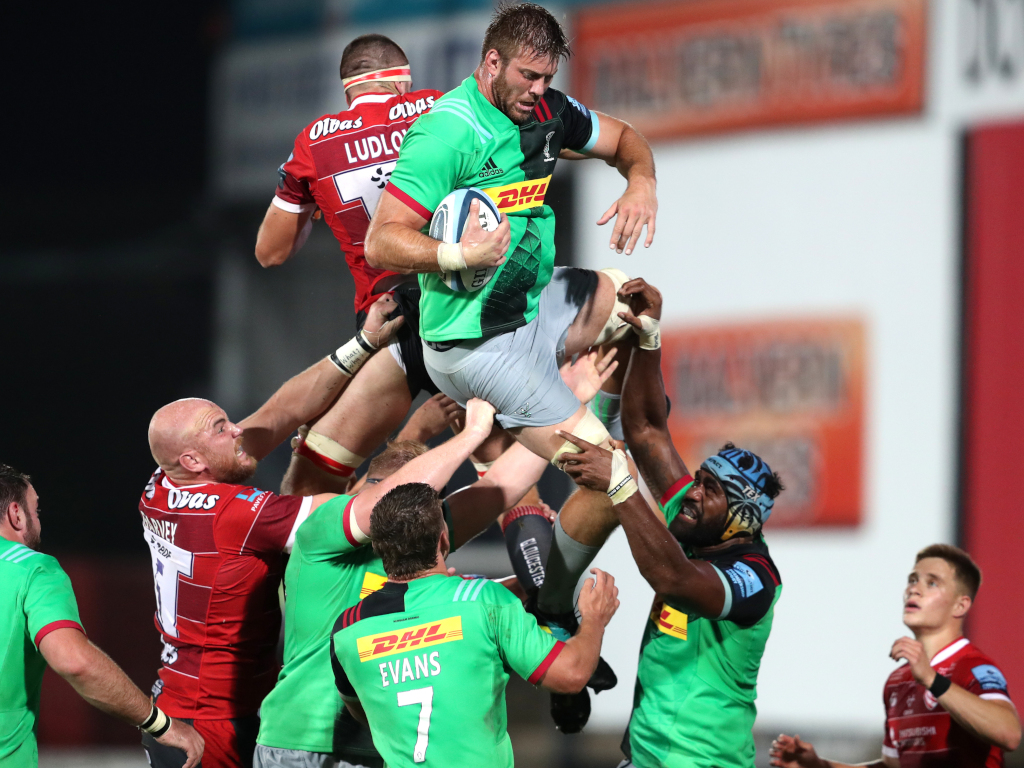 Harlequins benefited from numerous Gloucester errors, scoring three tries from turnovers, to claim a 28-15 triumph in front of 1,000 fans at Kingsholm on Monday.

For just the second time since the Premiership restarted, supporters were allowed into the stadium, but the Cherry and Whites faithful watched on in frustration as an opportunistic Quins side sealed their place in the top eight.

The Premiership season restarted on August 14 after a five-month absence due to the coronavirus pandemic, with all fixtures apart from Quins’ and Gloucester’s selected matches being played behind closed doors.

But Gloucester suffered an acute case of stage-fright, with fly-half Danny Cipriani gifting Quins their opening try, blowing a score for Jonny May with a forward pass, then throwing an interception pass that led to Quins’ match-clinching third try.

Smith added 11 points from the boot, while Gloucester could only manage a Cipriani penalty during a forgettable first half for the hosts.

Number eight Jake Polledri’s early second-half try, converted by Cipriani, hinted at a revival, but Quins were having none of it as Scott Steele touched down and Smith converted.

Substitute lock Mattias Alemanno then powered over for a second Gloucester touchdown, yet there was no way back as the Kingsholm faithful witnessed a frustrating display.

They were nine points ahead in as many minutes courtesy of three Smith penalties, with his second and third kicks following handling errors by Ollie Thorley and Louis Rees-Zammit that put their team under pressure.

A Cipriani penalty opened Gloucester’s account but the former England fly-half then made a defensive blunder, kicking the ball from inside his 22 straight to a Quins player, and slick passing sent Murley over.

😅 We did him a disservice.

Smith’s conversion made it 16-3, and Gloucester had it all to do after being ruthlessly punished for their errors.

Thorley then dropped a scoring pass from Rees-Zammit, which summed up the first quarter for Gloucester, before a forward pass by Cipriani meant May’s effort was ruled out.

Quins were temporarily down to 14 men by this point after hooker Joe Gray was sin-binned for a technical offence, but the visitors did not have long to wait for another try.

Inevitably, it was the result of another Gloucester mistake as scrum-half Stephen Varney’s pass was intercepted by Lewies, who sprinted 40 metres to touch down and give his team a 21-3 interval lead.

Gloucester knew they had to score first in the second half, and they obliged after just six minutes following sustained pressure that ended with Polledri going over and Cipriani converting.

Quins added another touchdown, though, when centre Joe Marchant grabbed Cipriani’s floated pass inside his own 22 and sprinted clear.

Although Marchant was caught and hauled down by Rees-Zammit, the supporting Steele gathered the centre’s off-load to score.

It was a killer blow for Gloucester, and despite Alemanno going over 13 minutes from time, Quins comfortably closed out the contest and claimed an impressive away win.