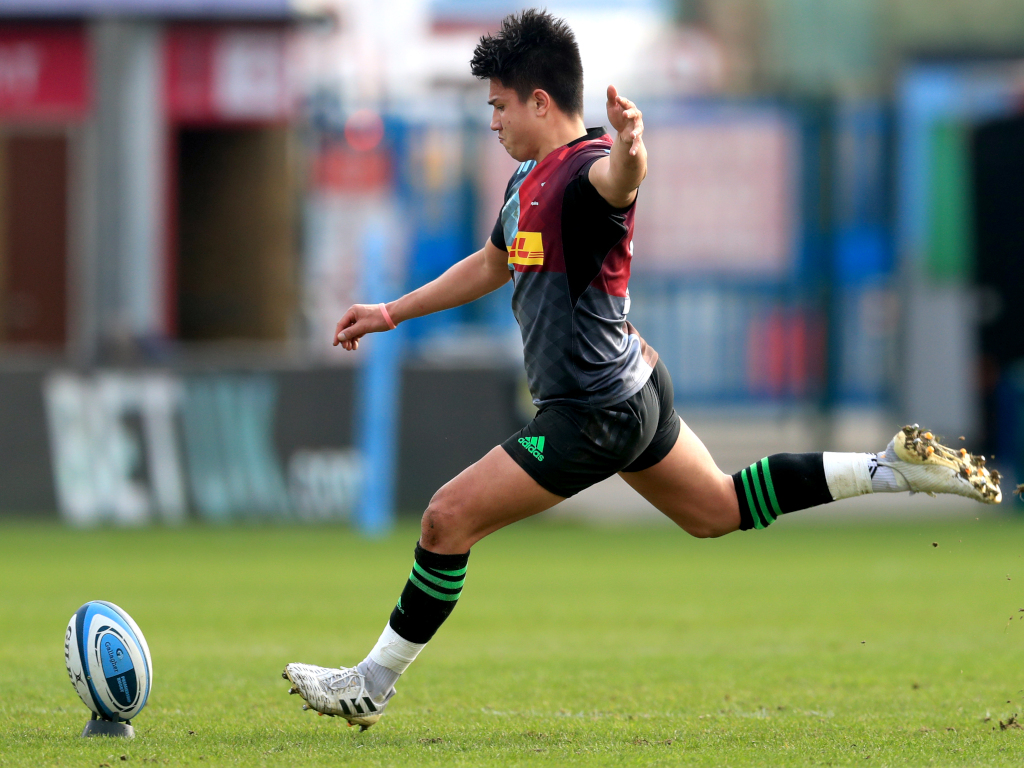 Marcus Smith has been urged to continue placing himself on England’s radar after he steered Harlequins to a 24-12 Premiership victory over Sale.

Smith has been influential in Quins’ four-match winning run built since Paul Gustard stepped down as head of rugby last month, but has not appeared in one of Eddie Jones’ squads since 2019.

The 22-year-old fly-half set up a try for Alex Dombrandt and kicked nine points to help his team climb to third place. Assistant coach Nick Evans insisted he must show patience in his pursuit of a first England cap.

Not flavour of the month

“Marcus is playing well and that’s all you can do. Sometimes you’re just not flavour of the month, I’ve been in that situation,” former New Zealand half-back Evans said.

“He’s got to concentrate on playing well for us. If the team does well, he does well and then you’re in the shop window, putting pressure on and forcing them to look at you. Hopefully he’ll get his reward sooner rather than later.

“It was another good performance from Marcus. The ceiling is so high with him. He didn’t influence the game as much as he’d have liked in the second half but that happens.

“He will get it wrong, like any 10, but it’s all learning and this was another step in the right direction.”

Two tries in three minutes by centre Joe Marchant, followed by Dombrandt’s touch down, powered Quins 21-0 ahead, but Evans viewed his team’s work without the ball as decisive.

Name an English qualified fly half playing better at the moment than this guy.

“Defensively it was a really good performance. The stats show we made over 200 tackles while they made 70. We showed intent and aggression, especially when defending our 22,” he said.

“For 70 minutes we dominated territory but they’re the best in the league on the transition at the moment,” Sanderson said.

“From an attacking point of view we have to rake our opportunities. We left a couple of tries out there. And if we’d been a bit sharper we could have stopped a couple of theirs.

“All credit to Quins, they took their tries well and they’re playing with a bit of fizz about them. They’re on a bit of a roll.

“We expected a couple of their lightening bolts because they’re back to their best at that, but it’s about how you react to that.”