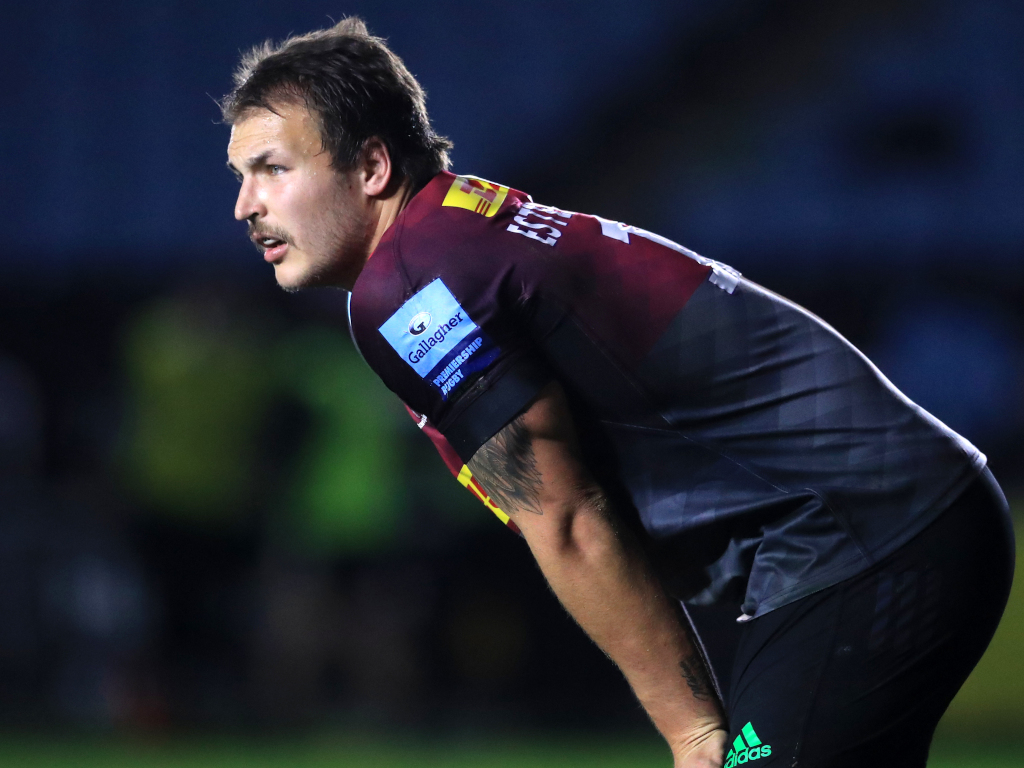 Harlequins centre Andre Esterhuizen has been suspended for four weeks after appearing before an online independent disciplinary panel on Tuesday.

Esterhuizen was shown a red card by referee Ian Tempest in the 45th minute of the Premiership match between Gloucester and Harlequins on Sunday. This was for a striking with the elbow, contrary to World Rugby Law 9.12.

The player accepted the charge and was given the suspension by the independent panel comprising Daniel White (chair), with Matthew Weaver and Mitch Read. He is free to play again on January 5, 2021.

Esterhuizen will miss the Champions Cup pool games against Munster and Racing 92 and also Premiership clashes with Bristol Bears and Worcester Warriors.

Also having a hearing was Exeter Chiefs scrum-half Stuart Townsend, who was cited by independent citing commissioner Chris Sharp following the match between Leicester Tigers and Exeter Chiefs on Saturday. This was for dangerous play in a ruck or maul, contrary to World Rugby Law 9.20a.

The player accepted the charge and was given a five-week suspension by the independent panel. He is free to play again on January 12, 2021.

Townsend is therefore set to be absent from the Chiefs’ European ties with Glasgow Warriors and Toulouse as well as the Premiership games against Gloucester, Wasps and Bristol Bears.