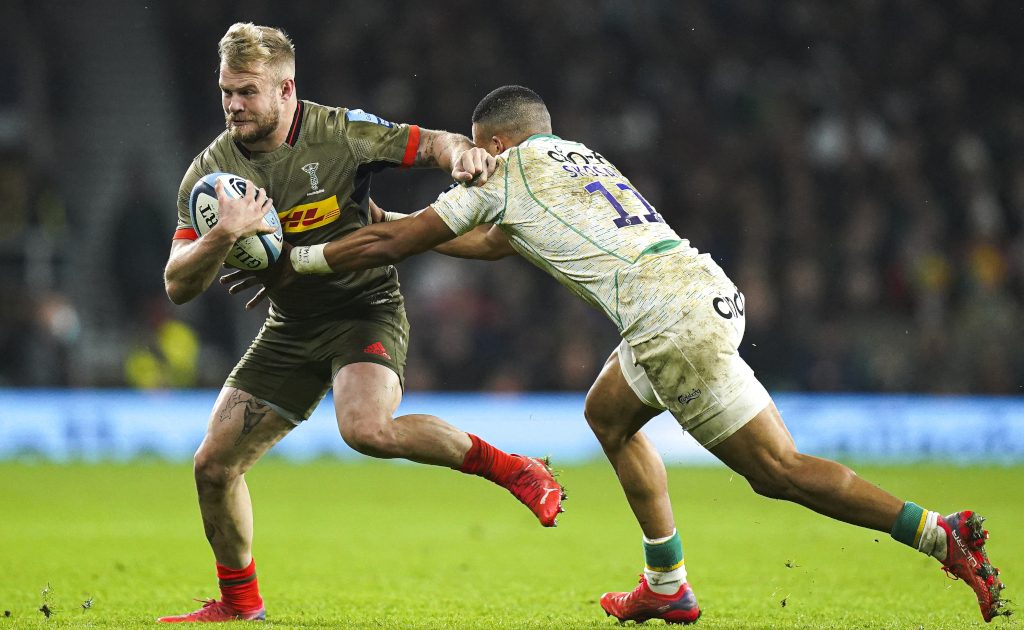 Harlequins have announced that their home fixture on May 21 versus Gloucester will be moved to Twickenham Stadium to allow for more fans to attend the penultimate game of the season.

This match will be marketed as the “Big Summer Kick-Off” and is being put on by the same team behind the annual “Big Game”, also held at Twickenham.

The day will feature an array of entertainment and activities including a major headline entertainment act to be announced shortly as well a group of the 2012 Premiership winning team as the event marks almost 10 years to the day of the Quins’ victory.

Harlequins CEO Laurie Dalrymple said: “We can’t wait to get back to Twickenham and play in front of our supporters and community again – it has certainly proved a happy hunting ground for us recently and the advantage we get from being roared on by a packed house of Quins supporters cannot be underestimated.

“In the last 10 years, we have won 8 of our 11 matches at Twickenham and lost just once.

“We have sold out every one of our home Gallagher Premiership matches this season and we wanted to give the maximum number of supporters the chance to come along to see the match.

“This is really important for the club to be able to grow, and of course the additional income from the event is crucially important to the club as we strive to achieve long term financial stability.”

The event will be themed as a summer festival with a range of activities for families and adults across the day – from The Stoop to the Twickenham West Fan Village, and then inside the stadium bowl.

The famous player ‘walkover’ from The Stoop to Twickenham will, like at Christmas for “Big Game“, allow fans to line the route across the A316 to cheer their team on.

Dalrymple added: “We have learnt a great deal from 13 years of Big Game events at Twickenham and we hope to bring the best bit of a high-profile rugby match and entertainment for all the family to this fixture.

“It will certainly feel very different to our winter fixture and the ability to enjoy the afternoon sunshine and bring friends and family to Twickenham for such good value is an opportunity we know our supporters will be keen to enjoy after so many fans have missed out on tickets to The Stoop this season.”

Should Harlequins Women qualify with home advantage for the semi-finals of the Allianz Premier 15s, the club’s intention is to work with all relevant stakeholders to review if the match could be switched to Twickenham and feature as part of the “Big Summer Kick-Off”.