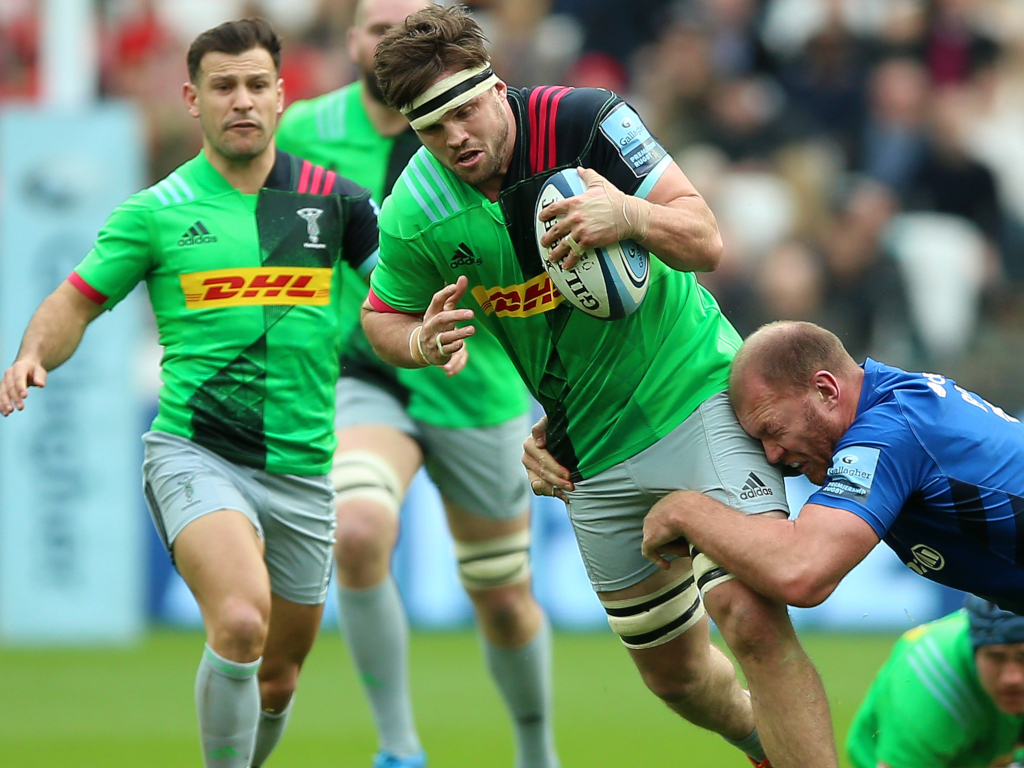 Harlequins and 10-times capped England back-rower Jack Clifford has confirmed that he has been forced to retire because of injury.

Battling through two major shoulder surgeries following a dislocation while playing for Harlequins in his 100th game for the club, the 27-year-old brings to an end a career that saw the impressive young flanker lead the England U20 side to a Junior World Championship title in 2013.

Clifford went on to earn 10 senior England caps and played in two of the national side’s three-match series whitewash in Australia in 2016, all in addition to a 14-year relationship with the Quins.

On confirming his retirement, Clifford said: “I am absolutely gutted to be have to call time on my career at a relatively early stage. I have been at Quins since I was 13 years old and made so many good friends here. It has been an absolute pleasure training and playing with the lads each week and I will miss this environment greatly. I feel proud to have reached 100 appearances for Quins and it is ironic that the injury was sustained in my 100th game!”

Clifford’s Quins senior career began in November 2012 when he made his debut as a replacement in the 31-30 Anglo-Welsh Cup win over Northampton Saints.

The back-row captained England at U18 and U20 level, including their victory at the Junior World Championship in 2013. The mobile flanker has also represented England in the Sevens World Series in Japan and Hong Kong in 2014

A fan favourite during his time for club and country, Clifford’s Test debut came as a replacement for Quins club captain Chris Robshaw during the 2016 Six Nations, arriving from the bench against Scotland at Murrayfield in Eddie Jones’ first game in charge of England.

🙌 An honest interview from @jackclifford93.

🏟 We hope we can share a beer with you at The Stoop soon. #COYQ pic.twitter.com/EMGUiBCUGQ

Head of rugby Paul Gustard shared his disappointment of Clifford’s immediate departure from the squad.

“It is with sadness that Jackman has been forced to retire from the game prematurely after another serious injury,” Gustard said. “I have been a huge fan of Jack from my days as an opposition coach and was delighted to be part of an England staff who awarded him his first of 10 England caps.

“He was a player who had the ability to change a game with his explosive pace and offloading skills which, allied to his high work rate, meant he was an important player for us last season when he was a mainstay of the side who finished fifth.”

Gustard continued: “He is first and foremost a great human being and I have enjoyed watching him grow as a person and I continually applaud his courage and tenacity to fight back from each serious injury he endured. We had signed Jack on a long-term contract at the club as we believed he was a key part of what we are building and so it is disappointing for everyone that we are unable to see his talents on the field once more. It is no surprise he had started his career off as a centre!

“We of course wish him and his fiancé Karis all the best as we help him transition into the next stage of his life. No matter what he does, he was a champion on the field and from a man to a man you respect courage and there are very few people that have demonstrated that level of desire to play and find a way to come back and not only compete but excel.

“Jack – thank you for your efforts and congratulations on an incredible career. To think he played over 100 games and 10 games for England in an eight-year career where he was effectively injured for four years shows how valued he was by anyone who coached him. He will always be remembered and will always be a Harlequin. Travel well, Cliff!”