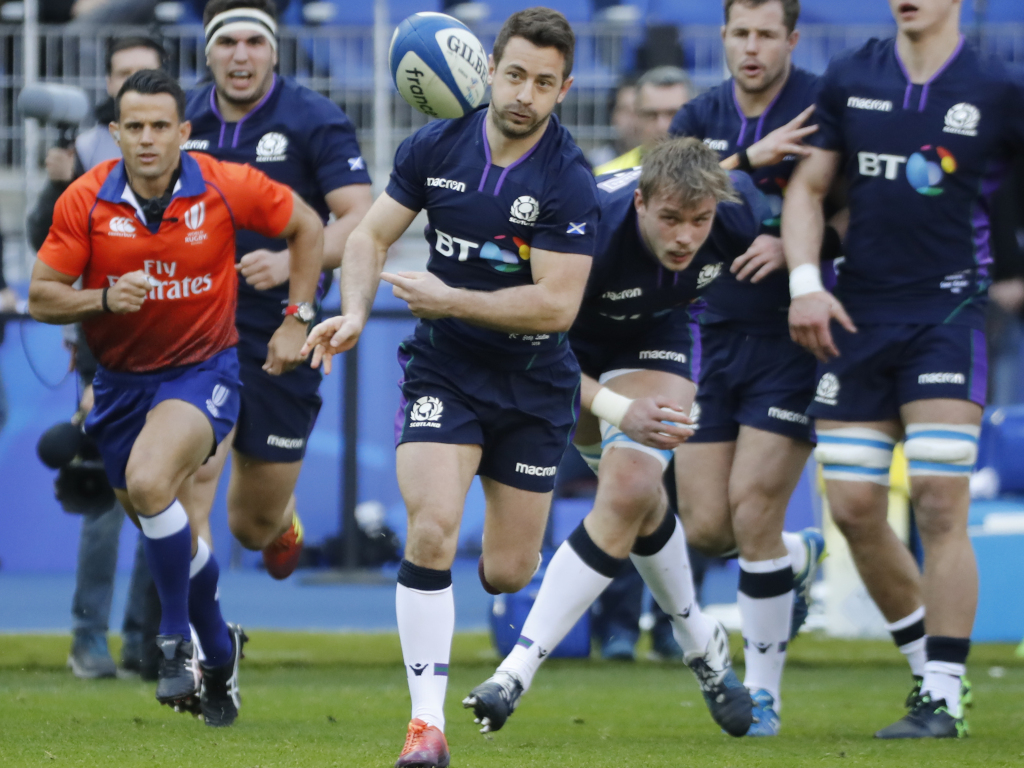 Laidlaw, who ran out 76 times for his country and also represented the British & Irish Lions in 2017, retired from Test rugby after last year’s Rugby World Cup.

Along with the scrum-half’s arrival, the Shining Arcs have also announced the signings of Australian back-row Liam Gill and New Zealand hooker Anaru Rangi.

Laidlaw, 34, has played for Edinburgh, Gloucester and Clermont and follows the likes of All Blacks superstar Beauden Barrett in heading to Japan’s Top League.

He told the PA news agency: “It’s an exciting move for me and the family.

“I enjoyed my time in Japan during the World Cup despite how it ended. It was a tough tournament and pretty tough to take, especially for me as it was my last campaign in a Scotland jersey.

“It was bitterly disappointing the whole thing from start to finish to be honest.

“Hopefully this will be a different experience. I’m looking forward to testing myself in an environment that is going to be pretty strange to me.”

Laidlaw’s Scotland colleagues had plenty of fun teasing their team-mate as he found himself the centre of attention during last year’s tournament, even outshining star men like Stuart Hogg and Finn Russell.

But the Borderer is not joking when he says he believes he will have to be on top form to cut it in Japan’s top league.

Laidlaw – who will make the move along with his wife Rachel and their two sons – said: “It’s obviously nice that I’m well liked over in that part of the world but the real attraction was that it is a new challenge that I would like to experience for myself and my family.

“As a sportsman you only get so many chances to experience different things and so if I didn’t take this chance up I didn’t want to look back in 10 or 15 years regretting it.

“I got to taste a fair bit of the culture when I was over there for the length of time we were during the World Cup. But it’s one thing being there for eight weeks and another actually living there with the family.

“Certainly my wife Rach and the boys have taken everything in their stride so far during our time in France and England. It will be different again in Japan but we’re looking forward to it.

“It looks like Tokyo Bay will be our base. Our accommodation will be right next to where Shining Arcs train. There’s a couple of schools nearby which we’re looking at. Disneyland is round the corner too so I’m sure that will come in handy.

“It’s a brilliant time to be going to Japan because the national team were brilliant at the World Cup. Sadly for Scotland we saw that first hand.

“But it’s just getting bigger and bigger.

“Now is an excellent time to be going and NTT have got big aspirations to become one of their biggest clubs and that’s why I want to head out there, to play with top players and learn new things as well.

“I’m certainly not just going over there to retire and sit back. It’s going to be good rugby, it will be quick so I’ll need to be fit. They are really skilful over there so it will be a test.”